The View from the Ferris Wheel 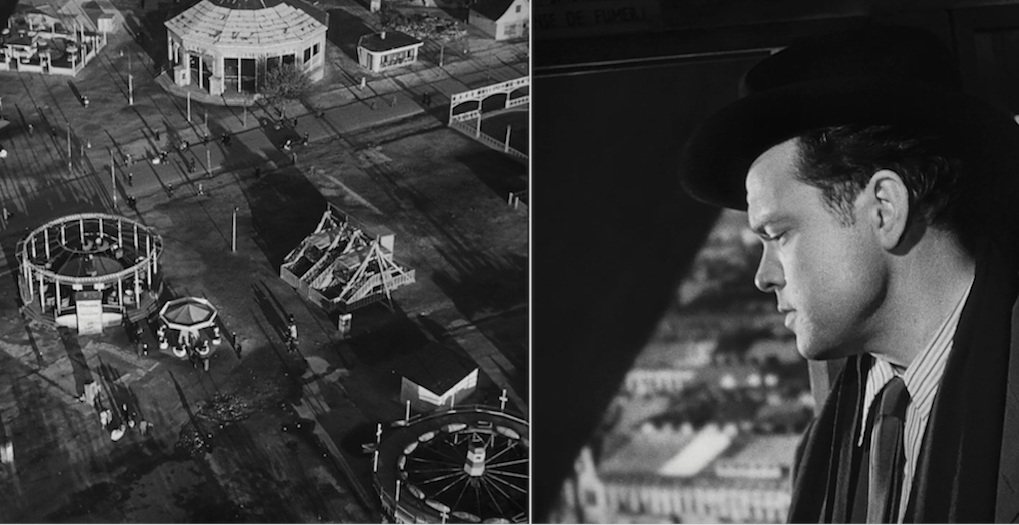 If we treat each other like expendable dots, can we hope to preserve our humanity?

The missile attacks this weekend on Syria — by US, French and British forces — are another reminder of just how impersonal war has become. Targets are reportedly hit. But what of the suffering on the ground which, in Syria, is already considerable?

This long-distance and impersonal style of war-making is nothing new of course. We cannot forget the aerial bombing campaigns during World War II and beyond, when terrorized civilians ceased to be human beings but were simply “collateral damage.” Today, we simply have bigger and faster weapons with even greater destructive power.

That’s why I appreciated the analogy former Swiss politician, Moritz Leuenberger, made during last September’s Human Rights, Future Generations and Crimes in the Nuclear Age conference in Basel, Switzerland.

Lamenting the loss of human compassion, he reminded us of the famous scene at the top of the Vienna ferris wheel in The Third Man, when Harry Lime, played by Orson Welles, looks down at the children playing below and asks his old friend Holly Martins (Joseph Cotton): “Would you really feel any pity if one of those dots stopped moving forever?”

“This is how we lose compassion,” Leuenberger said. “The further away from people that we are.”

In Leuenberger’s case, his presentation was specifically about the victims of the nuclear chain — the fact that our parasitic behavior today will leave an unending debt of ill health and radiation exposures for generations to come.

The image from the great heights of that Vienna ferris wheel — where human life can be devalued by distance and disconnect — would seem to apply to so many decisions today, whether it’s deporting Dreamers and legal immigrants from the US; the conflict zones across the world; denying refugees safe haven; or the use of nuclear power and the eternal legacy of radioactive contamination this creates.

The fictional Harry Lime was killing children by selling diluted penicillin on the post- World War II black market. But his crimes, and even the many committed by operations all along the uranium fuel chain, pale compared to the amount of dots that would stop moving if nuclear weapons were ever used again. And if they were used, it would be the most impersonal atrocity of all: the push of Trump’s bigger button; missiles fired with no ability to recall them; billions slaughtered; smoke plumes leading to a global famine.

How could we ever do this to ourselves? It’s the question at the centre of ICAN’s success in garnering the 2017 Nobel Peace Prize. Focus on the real impacts on people and the planet, they said. Look at the humanitarian aspect and not the policy side. Somehow, we had to get our humanity back before it became too late. 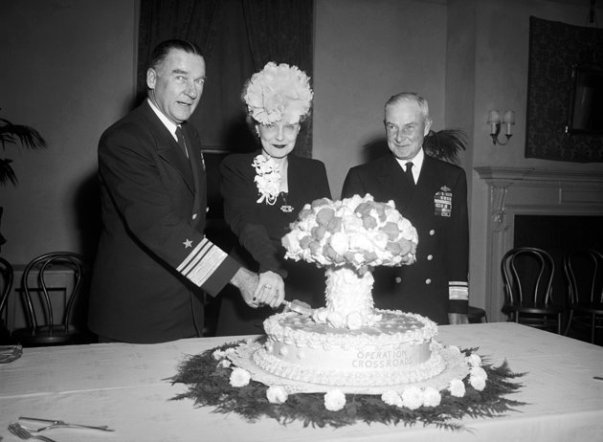 For US military brass, dropping the atomic bomb was cause for celebration, even as it devastated the lives of Pacific islanders. Pictured are: Vice Admiral William Blandy (left), his wife and Rear Admiral Frank Lowry celebrating the atomic tests on Bikini Atoll on November 7, 1946.

The atomic tests — in the South Pacific, Australia, Algeria, Kazakhstan and elsewhere — were similar acts of distance and detachment. The American military brass and government officials could justify their callousness by referring to the Marshallese as “more like us than mice” but nevertheless as “savages.” Thus dehumanized, they could be experimented upon without the prick of conscience or compassion. The distance was both moral and geographical. Even today, it’s a safe bet that many if not most Americans cannot point to the Marshall Islands on a map and know nothing about the 67 atomic detonations that ruined their paradise and the lives of those living there at the time and their descendants.

This disregard for humanity persists today, most especially in the siting of uranium mines and radioactive waste dumps, the two dirtiest phases of the uranium fuel chain — one at the beginning and the other at the theoretical end, although in reality there is no end.

Authorities often claim these poisoning enterprises are to be conducted in places where “no one lives” and “there is nothing.” But there are no places on Earth where there is “nothing” and in many cases, these locations are indeed home to human beings, and often to indigenous peoples.

Those who object and endeavor to defend and protect their land — which often has spiritual as well as environmental and economic value — are treated like “dots” by the predatory nuclear companies whose greed is enabled by compliant governments.

It’s why we believe so strongly at Beyond Nuclear International that their stories must continue to be told over and over, and to be amplified around the world. It is part of holding onto our humanity, something the nuclear industry is all about destroying.