Battle against dumping of radioactive mud set to resume

In 2018, French nuclear company, Électricé de France (EDF), dredged up radioactive mud around its coastal Hinkley Point C two reactor construction site in England, and dumped it in Welsh waters just off the coast of Cardiff. The operation caused considerable opposition, and the scientific integrity of the testing used to analyze the mud was strongly contested as we showed in our 2018 story on the first round of mud dumping.

Now, EDF is set to apply for a new license from Natural Resources Wales (NRW) to dredge up an additional 780,000 tonnes of sediment to make way for the installation of the Hinkley Point C cooling water intake system. This mud would again be dumped in Cardiff Bay. NRW sanctioned the earlier dump, claiming the levels of radioactivity in the mud were “well within legal limits and therefore suitable for disposal at sea.”

However, as one of our authors here, marine biologist, Tim Deere-Jones, argued at the time, the methodology and extent of the testing was set up to deliver a “no harm” conclusion and did not, literally, dig deep enough to uncover the true extent of contamination.

As EDF prepares its case to resume dumping, Deere-Jones and CND Cymru’s Brian Jones, once again challenge an operation that has serious health implications for nearby populations and wildlife.

By Tim Deere-Jones and Brian Jones

Data from the government funded “Radioactivity in Food and the Environment” (RIFE) reports for 2016, 2017 and 2018 show that EDF’s dredging of underwater sediment and shoreline construction work at Hinkley Point have resulted in significantly increased radioactivity levels in the environment.

EDF’s operations have disturbed radioactive particles from the Hinkley Point A and B nuclear power stations, which had been relatively contained within the sediments, resulting in them now being detected at far higher levels than before the dredging began.

The dredge and dump ship in action by night in 2018.

RIFE measured radioactivity at seven locations along the Somerset coast. The results indicate a significant increase in the distribution of radioactive sediments from the Bridgwater Bay and River Parrett Estuary construction activity into the wider regional marine environment.

Note: Weston is the most easterly site sampled, and so it is possible that increases in concentrations occurred further along the coast.

END_OF_DOCUMENT_TOKEN_TO_BE_REPLACED

But the harm it causes should stir emotions

Time was, that a woman suffering from menopause, pre-menstrual syndrome, a heightened libido or lack thereof,  was labeled “hysterical.” Her very real medical or psychological troubles were put down to an “emotional reaction.” For a while these symptoms were even attributed to a “wandering womb.” What? Yes, really.

For years, if you were a woman who opposed nuclear power, you were likely subjected to exactly the same treatment (although luckily not the one for the “wandering womb,” which I won’t go into here). How many of us were told, usually by men, that we were simply far too “emotional”? (Implication? We just didn’t understand the actual “science”.)

But as the long-term survival of nuclear power became ever more unlikely, the pro-nuclear forces ramped up their rhetoric to sweep everyone into the “hysteria” basket. That’s where you belonged if you dared to claim that nuclear power is too dangerous a technology to continue. A hysteric. A fear-mongerer. And, these days, a purveyor of “fake news.” You’ll find it everywhere.

“Let’s see if there are any countries out there that did not get entirely persuaded by the anti-nuclear hysteria, and how that affected their carbon emissions,” wrote somebody called Anthony Watts on his blog after the 2011 Fukushima disaster.

Under the headline “There’s No Good Reason For Anti-Nuclear Hysteria”, Veit Ringel wrote in the spooky sounding Executive Intelligence Review, “If we do not guard against ideologically driven hysteria against modern, advanced nuclear technology . . . we will see that one day our granddaughters will be sewing T-shirts for the Chinese market.”  That conclusion sounds pretty hysterical to me.

“A partial meltdown at Japan’s Fukushima Dai-ichi plant as a result of the largest recorded earthquake to hit Japan has set off a renewed bout of nuclear hysteria,” wrote John Downs in Business Insider.

And here’s what well known columnist, Fareed Zacharia, just wrote in a February 14 column in the Washington Post that appeared to have been cribbed from the cliff notes of any number of pro-nuclear front groups:

“Fears about nuclear power, which Sanders clearly shares, are largely based on emotional reactions to the few high-profile accidents that have taken place over the past few decades.”

END_OF_DOCUMENT_TOKEN_TO_BE_REPLACED

Nuclear power and harm to animals

Posted on February 9, 2020 by beyondnuclearinternational

From Beyond Nuclear staff

Animals have become our responsibility. Whether wild or domestic, they depend on us for their survival. Wild animals are no longer self-sufficient. Their habitats have been plundered, their food sources eliminated, their migrations disrupted, and now, with the ravages of the climate crisis upon us, they cannot defend themselves against the forces of raging forest and brush fires, or overwhelming floods.

Consequently, we can no longer point to one single pressure point as relatively harmless. Any loss of songbirds, of bees, of frogs, of microbes, could now push those species over a tipping point, precipitating a cascade of collapses among other species, eventually including our own. Every act of extraction, pollution and destruction by humans serves as a cumulative effect in eliminating our co-habitants on planet Earth.

Our new booklet on animals is available to download. Hard copies may also be ordered.

Nuclear power has served as a predator on animals, both wild and domestic, from its inception. While the impacts of a serious nuclear power plant accident have clear and demonstrable effects, the nuclear industry has harmed and destroyed animals at every phase, from uranium mining to electricity production to waste mismanagement. It continues to do so. But the price paid by the animals it harms today is far higher.

All of this is now captured in a new Beyond Nuclear handbook — Nuclear power and harm to animals, wild and domestic. The booklet lays out a broad range of examples across the world, showing how each phase of the nuclear fuel chain serves as a harmful predator. The booklet examines the impact on animals from both existing and proposed uranium mines, operating reactors, potential new reactors, reprocessing, reactor accidents, waste dumps and the harm the inevitable next nuclear accident will deliver.

(All of our handbooks can be found on the Handbooks page on this website.)

END_OF_DOCUMENT_TOKEN_TO_BE_REPLACED

Tigers may soon burn not so bright

Posted on February 9, 2020 by beyondnuclearinternational

Tiger reserve in India could be plundered for uranium

The quest for uranium deposits to meet India’s nuclear power goals has now reached a tiger reserve in Telangana. An expert panel on forests of the Ministry of Environment, Forest and Climate Change (MoEFCC) has recommended in-principle approval for a proposal by the central government’s Department of Atomic Energy (DAE) for survey and exploration of uranium over 83 square kilometres in Telangana’s Amrabad Tiger Reserve.

The proposal was considered by the Forest Advisory Committee (FAC) in its meeting on May 22, 2019. As per the minutes of the meeting, even though the FAC noted that there are “deficiencies in the proposal”, it recommended the project for “in-principle approval” considering that the project is “critical importance from national perspective.”

However, FAC stipulated that the approval is subject to the submission of all required documents and said that after “receipt of the same, the complete proposal may be placed before the competent authority for approval.” Following this, MoEFCC’s Deputy Inspector General of Forests Naresh Kumar wrote to Telangana government on June 19 requesting it to “submit the proposal along-with verified relevant documents” for identified boreholes for further consideration by the environment ministry.

END_OF_DOCUMENT_TOKEN_TO_BE_REPLACED

Girl erased, but not gone

Posted on February 2, 2020 by beyondnuclearinternational 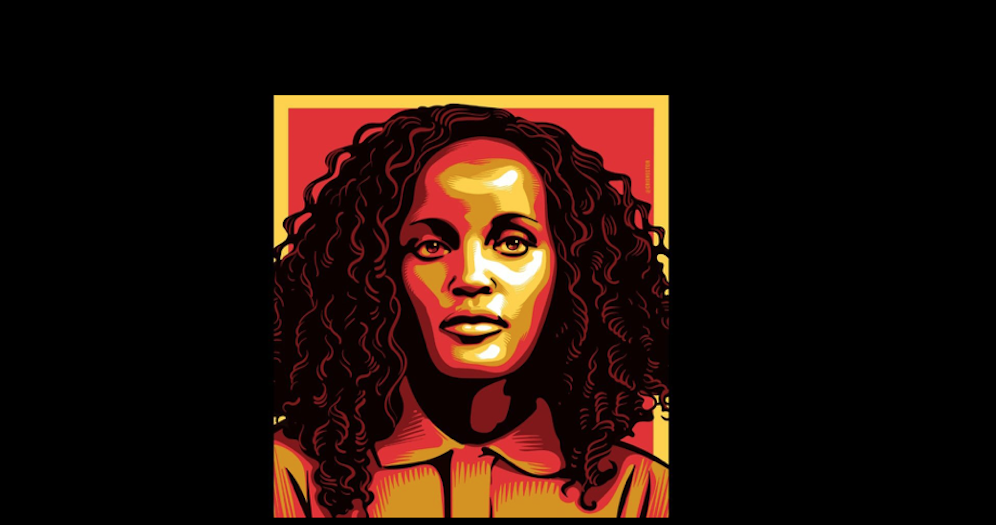 “Uganda’s Greta” was cropped from a photo; is her cause ignored, too?

Recently, a scandal erupted over a decision by Associated Press to crop 23-year old Ugandan climate activist, Vanessa Nakate, out of a group photo that also featured Greta Thunberg.

The photo they ran showed four young white climate campaigners against the scenic backdrop of mountains in Davos, Switzerland, where the activists were making their case for emergency action at the annual summit of world leaders.

The AP at first tried to excuse the mistake, claiming Nakate was erased due not to racism but “purely on composition grounds”  because the building behind her “was distracting” and because they wanted to get Thunberg into the center of the picture.

What AP missed completely, and recognized in a later apology, was that whether the decision was aesthetic or not, the implications and consequences of omitting the one person of color from the group overrode any concerns about the ugliness of the building behind her. It should never have happened.

And so, Vanessa Nakate became the girl erased. But the bigger problem is that her cause continues to be erased as well. The alarm bells she is ringing about the consequences of the climate crisis in Africa, simply don’t make much press.

END_OF_DOCUMENT_TOKEN_TO_BE_REPLACED

Past time to listen to Greta

Posted on February 2, 2020 by beyondnuclearinternational

“We must forget about net zero. We need real zero.”

Last week, Greta Thunberg, the now 17-year old Swedish climate activist, returned to Davos, Switzerland to once again address that meeting of world leaders. And, once again, she quietly urged those leaders — who continue to abdicate responsibility for the climate crisis — to take immediate action. “Let’s be clear. We don’t need a ‘low carbon economy.’ We don’t need to ‘lower emissions.’ Our emissions have to stop if we are to have a chance to stay below the 1.5-degree target,” she told them.

We felt it was worth reproducing her entire speech here, for those who may have missed it — or who want to circulate it — especially to our elected officials. We have also embedded the video of her speech, which you can watch on this page.

“One year ago I came to Davos and told you that our house is on fire. I said I wanted you to panic. I’ve been warned that telling people to panic about the climate crisis is a very dangerous thing to do. But don’t worry. It’s fine. Trust me, I’ve done this before and I can assure you it doesn’t lead to anything.

Planting trees is good, of course, but it’s nowhere near enough of what is needed and it cannot replace real mitigation and rewilding nature.

Planting trees its not enough while fires devastate the Amazon forest. (Photo: Fires in the Amazon rain forest, by ESA astronaut Luca Parmitano during mission to the International Space Station/Creative Commons)