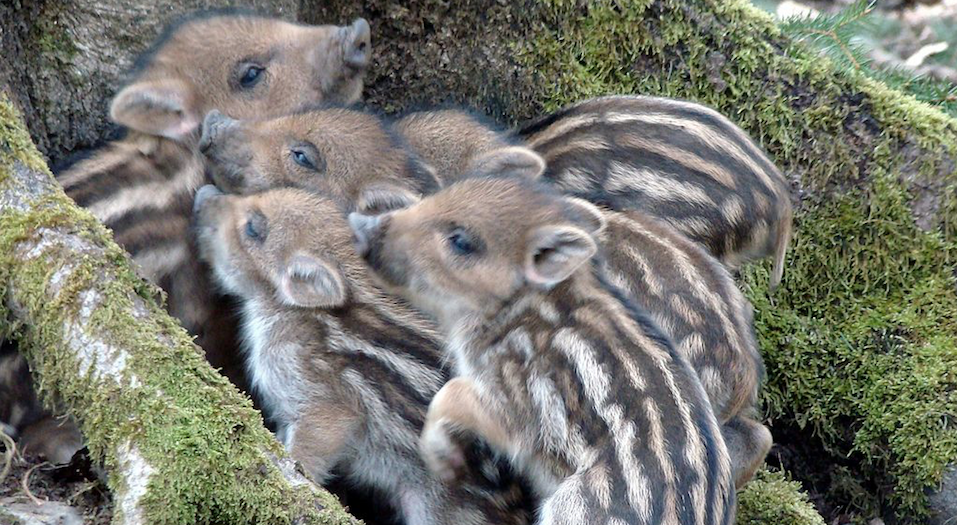 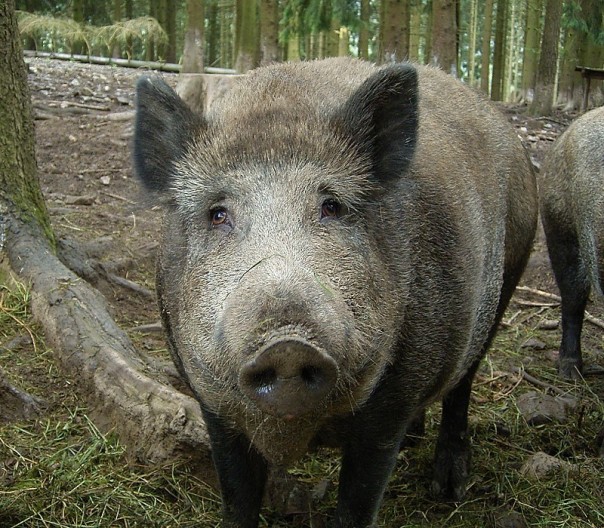 Consequently, hunters in Saxony, Germany, 700 miles from Chernobyl, still have to have any boar they kill tested first for radioactivity.

Hunters in Sweden are equally wary of killing and eating wild boar, which have been found to be 10 times more radioactive than the “acceptable” (but, as always, not “safe”) limits for consumption.

Wild boars have of course been affected in Japan as well, since the 2011 Fukushima disaster. Apart from roaming at will through the deserted prefecture — where they have even been observed entering and occupying abandoned houses — these animals also carry cesium contamination. However, one study at least has shown that their cesium levels are significantly lower than those of boars affected by Chernobyl fallout.

The unsuitability of wild boars for human consumption resulting from Chernobyl may sound like a win for boars and the vegetarian cause. But this radioactive contamination may come at a price. To date, studies of wildlife in the Chernobyl and Fukushima zones have shown that even if numbers of animals appear to have increased due to the absence of human predators, the health of these species contaminated with radiation has been seriously compromised.

Birds, mice and insects have demonstrated low to zero sperm counts, a tendency to tumors and cataracts, smaller brains, and shorter lifespans. Examination of muscle tissue and bone marrow in Macaque monkeys living in the contaminated areas of Fukushima yielded ominous signs. The monkeys had significantly low white and red blood cell counts as well as a reduced growth rate for body weight and smaller head sizes. The bone marrows of these monkeys were found to be producing almost no blood cells. Instead, the bone marrow has turned almost entirely into white-looking fat.

So far, Europe’s wild boar seem to have been evaluated only in relation to their contribution as a food source. Missing from the studies is what might be happening to the health of the boars themselves, and the implications for future generations of these animals.

“Gleaning the contamination levels of boars once they are killed is not enough,” says Cindy Folkers, radiation and health specialist at Beyond Nuclear, who looked at published studies on boars and radioactivity. “There is no history of their contamination level or any comparison to any damage they may have suffered. The genes could tell us that, but it appears no one is looking.”

Such changes, especially to DNA, can take many years and several generations to manifest as disease. But if negative outcomes do occur, this could signal a decline in the species, with repercussions for other animals along the food chain as well.

“Wild boars are one of the biomagnifiers of radioactivity in the environment,” added Folkers. “They dig in soil that might be slightly contaminated with cesium, inhaling and ingesting it, and foraging for mushrooms, which they then ingest. They are part of the ecosystem that keeps the cesium circulating.”

← The woman who paints insects
The myth of nuclear deterrence →