Posted on November 11, 2018 by beyondnuclearinternational

By Paul Gunter, Beyond Nuclear

A controversial new report from the Union of Concerned Scientists suggests that closing aging US nuclear plants — and not subsidizing the cost of building new ones — will increase carbon emissions. The assumption is that nuclear plants that close will be replaced by coal or natural gas-fired plants.

An increase in greenhouse gas emissions in the US is of course unacceptable given the accelerating climate change crisis we now face. However, the evidence so far, that closed nuclear plants will largely be replaced by natural gas and coal, is not borne out by the actual evidence. 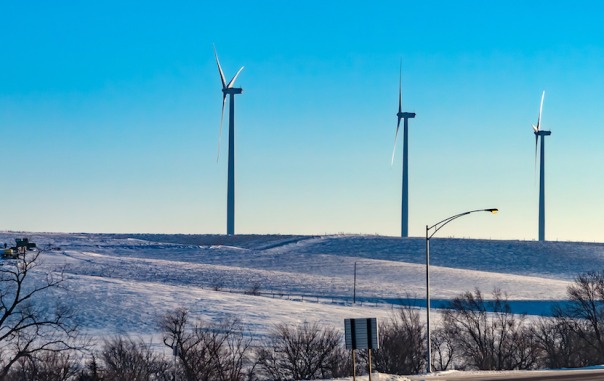 California, which has only one nuclear power plant still operating at Diablo Canyon, will replace it, and the already shuttered San Onofre reactors, entirely with renewable energy. When Nebraska closed its flooded Ft. Calhoun nuclear plant, it was wind energy, not fossil fuels, that stepped in to fill the new generation void.

The UCS report advocates for nuclear power to be included in a National Low-Carbon Electricity Standard (LCES) or any national carbon pricing. But its caveat is that any operating plant considered for this benefit must retain a position in the Nuclear Regulatory Commission’s (NRC) highest safety rating category. This relies on a critical supposition, shown to be to unfounded, that the NRC exercises sufficient due diligence in actually assessing safety at US nuclear plants.

Following a major revision of its reactor safety oversight process in 2000, the NRC listed one nuclear plant— Davis-Besse in Ohio — as being maintained as one of the safest reactors in the country. In fact, while holding its newly top-rated position as a “Column 1” facility, Davis-Besse was in perilous condition. An undetected leak of corrosive reactor coolant had been allowed to eat through a 6 ¾ inch-thick carbon steel wall of the reactor pressure vessel head.

In February 2002, during a scheduled refueling outage, the extensive damage from corrosion was accidentally discovered to have eaten right down to the vessel’s corrosion-resistant stainless steel inner liner. The 3/16th-inch inner steel liner had stretched under the reactor’s operational pressure and was bulging into the throughwall cavity — ready to burst into a loss-of-coolant nuclear accident that by one scientific account could have occurred within two months.

Even while Davis-Besse was close to meltdown, the NRC ranked it as one of the safest in the country. (Photo of hole in vessel head, NRC)

All during the time of operation, FirstEnergy Nuclear, the operator of Davis-Besse, and the onsite NRC inspectors, ignored the thick accumulation of iron oxide particulate settling on catwalks inside the reactor building, and the daily replacement of containment air filters, without investigating where the cloud of rust was originating.

The NRC has since revised its oversight process once again. But neither the federal agency nor the nuclear industry have demonstrated an improvement in “safety culture” and continue to fall short in questioning and reporting the development of reactor hazards.

A February 2017 report, also published by the Union of Concerned Scientists, contradicts the presumption of reliability on the NRC Reactor Oversight Process. It states, “The percentage of the NRC workforce that feared retaliation for raising concerns is comparable to, and sometimes higher than, the percentage of nuclear plant workers who feared retaliation” for questioning the safety of operating nuclear power stations.

In fact, the former UCS senior reactor safety engineer, David Lochbaum, also an author on the latest report, is quoted in the 2017 analysis, “the data suggest that the NRC’s management is just as dismissive of indications that it has a poor safety culture. When it comes to chilled work environments, the NRC may have the largest refrigerator in town.”

The November 2018 UCS report also makes the assertion that offering low-carbon incentives to both renewables and new and existing nuclear plants will raise all boats. However, this is not supported by the reality on the ground. For example, the decision by New York to prop up its aging and uneconomical upstate nuclear plants is costing the state nearly $500 million per year – 200 times as much as it is spending on developing renewables. Preventing the early closure of nuclear plants serves as a hindrance to renewable energy development, exacerbating, rather than ameliorating carbon emissions and the climate crisis.

Paul Gunter is the Director of the Reactor Oversight Project at Beyond Nuclear.

Headline photo of the 2017 UCS report deeply critical of the NRC’s safety culture.