Discrimination under the radioactive plume

Posted on January 27, 2019 by beyondnuclearinternational 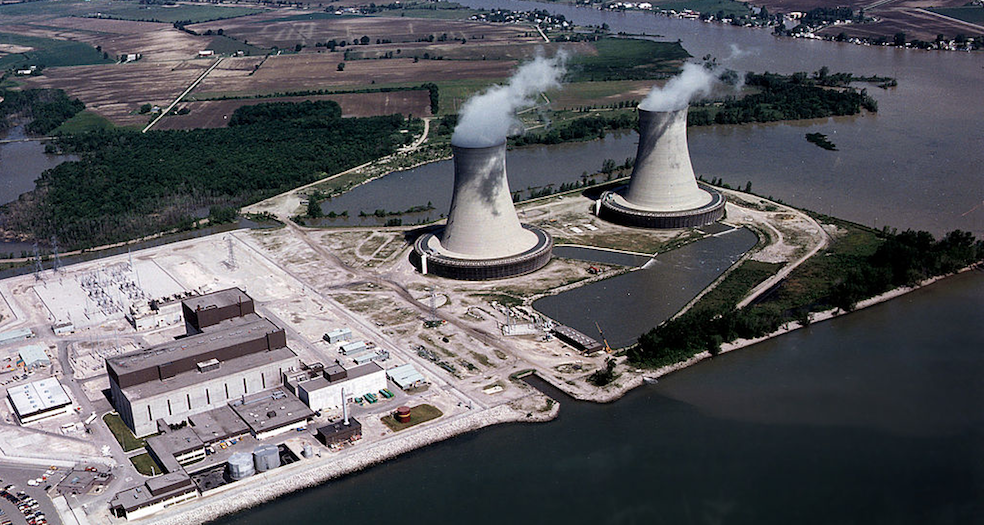 KI is a safe, stable form of iodine and is commonly used to iodize table salt. If ingested in prescribed doses in time when a nuclear accident occurs, it saturates the thyroid and blocks the absorption of radioactive iodine-131. Exposure to iodine-131 has been definitively linked to increased rates of thyroid cancer, most demonstrably after the 1986 Chernobyl nuclear disaster in the former Soviet Ukraine, and the 2011 Fukushima disaster in Japan.

However, KI works only to block absorption by the thyroid of radioactive iodine-131, a rapidly mobile radioactive gas released during a nuclear accident and one of the first hazards to arrive.  KI is by no means a “cure” or “preventive” for the biological damage caused by other radioactive gases and longer-lived particulate fallout like radioactive cesium. However, KI is being recognized as an essential adjunct to prompt evacuation or temporary sheltering in place. In particular, infants, young children and pregnant women are identified as the most critical population that would need to receive the KI prophylactic protection.

In response to the Chernobyl accident, the government of Poland implemented an effective distribution program for potassium iodide that dramatically reduced the incidence of thyroid cancer in children there. A massive radioactive cloud persisting for many days included radioactive iodine-131 that caused thousands of thyroid cancers. Even 30 years later, thyroid cancers continue to be diagnosed among those exposed as children in Ukraine, Belarus, Southern Russia, and beyond, where KI was not promptly distributed, or not distributed at all.

The importance of KI pre-distribution before a meltdown was again underscored by the intentional decision not to distribute KI in the days of chaos after the Fukushima meltdown. Independent research shows increased thyroid cancer rates among children from Fukushima. Official government research does not point to an increase, but their research methods and reporting have been called into question.

Map from NRC license renewal document for the Fermi 10- and 50-mile EPZ. The question mark indicates Ann Arbor and the asterisks the City of Amherstberg Ont., and the Ont. counties of Windsor, Essex and Chatham.

Canada’s KI distribution program is particularly relevant when highlighting the failure by US authorities to adequately protect its own population. A look at the EPZ around the Fermi-2 nuclear power plant in Michigan, for example, shows an emergency preparedness zone that spans the international border.

Canadian citizens in the “line of fire” for potential radiation exposure, should Fermi-2 suffer a severe accident, are now being provided KI as mandated in December 2017 by the Canadian Nuclear Safety Commission and the Ontario Provincial Government.

Americans living on the US side of the border are not being afforded equal preparedness and protection by their nuclear safety and public health officials.

The mass pre-distribution of KI tablets to residents in Windsor and Southwestern Ontario began in May 2018 in the Canadian portion of the 10-mile evacuation planning zone around Fermi-2 across Lake Erie. Canadian public health officials further upgraded emergency preparedness by strategically stockpiling and pre-distributing KI to Canadians upon request within a 50-mile radius of the US reactor.

But the only option available to eligible citizens in Southeast Michigan, living within the 10-mile EPZ of Fermi-2, is to voluntarily pick up KI at designated locations and only on certain dates using vouchers mailed in utility bills by the reactor’s operator, Detroit Edison.

A 2012 study by the Michigan Department of Community Health published in the American Medical Association’s journal of disaster medicine, and with the abstract available on line, concluded that only 5.3% of residents had done so. In 2018, state officials upgraded the figure to about 16%. By any measure, these results point to the failure of Michigan’s officials to adequately prepare and protect public health in the event of a nuclear disaster.

Now, several groups with which I am involved, including Alliance To Halt Fermi-3 and Beyond Nuclear, are working to change that, beginning in Ann Arbor, Michigan. Ann Arbor is about 30 miles as the plume might fly from Fermi-2, (as is the city of Detroit), well inside the ingestion pathway zone that extends out to 50 miles from US reactors.

On December 6, 2018, the Ann Arbor Environmental Commission unanimously approved a citizen resolution advocating for the mass stockpiling and pre-distribution of KI for residents of the City of Ann Arbor as a step toward better emergency planning and preparedness around the Fermi-2 nuclear power plant. Part of the rationale behind the resolution is that what is good for the protection of Canadian citizens should be good for Americans as well.

The city of Ann Arbor, Michigan, could become the first US city to pass a resolution advocating for the mass stockpiling and pre-distribution of KI. The city is within the emergency planning zone of the Fermi-2 nuclear power station. (Photo: Traveler 100, WikiCommons)

The proposal was accepted for Ann Arbor City Council review and approval after a 30-minute presentation including power point and Q&A by Beyond Nuclear’s Paul Gunter explaining background on the issue, and exposing the inequities that currently exist in US and Canadian nuclear emergency planning. The City Council has begun its review of the resolution and could vote on it as early as next week.

The resolution in Ann Arbor emerged after a panel of US and Canadian civil society organizations presented an April 2018 forum on the “Lessons NOT Learned From Chernobyl: Radiation Knows No Borders!” at the University of Detroit-Mercy.  The Alliance To Halt Fermi-3, Beyond Nuclear, Greenpeace Canada, and the Michigan Sierra Club, called for the harmonization of US and Canadian nuclear emergency plans for Fermi-2 and all existing 24 reactors on the Great Lakes.

In support of the groups’ call for action, the American Thyroid Association (ATA, a national organization of medical professionals specializing in the prevention and treatment of thyroid disease) issued a press statement that said, “The ATA calls for ready access to KI for the US population living in nuclear power EPZs…The ATA also supports attempts to harmonize KI distribution strategies with Canada particularly in US-Canadian border localities that fall within emergency planning zones from the same nuclear power plant.”

In addition to the American Thyroid Association’s advocacy for the pre-distribution of potassium iodide around US nuclear power stations, the American Academy of Pediatrics, the US National Academy of Sciences, the Food and Drug Administration and others also support more effective distribution policies.

So if the worst happens at Fermi-2 (a controversial General Electric Mark-1, the largest Fukushima-design reactor in the world), potassium iodide isn’t an anti-radiation pill offering blanket protection for the public. But mass distribution of KI before any accident, along with evacuation and sheltering, can be a buffer for those most vulnerable to radioactive iodine’s ravaging effects.

The hope and expectation is that the Ann Arbor City Council will adopt its Environmental Commission’s recommendation, leading to more cities and municipalities following suit, creating public pressure on the Michigan Department of Health and Human Services and the US Nuclear Regulatory Commission (NRC) to reasonably upgrade the state’s nuclear accident preparedness programs. This will be no easy task, given the collective clout of nuclear electric utilities and an entrenched NRC that still sees no reason for rational protective action despite improved emergency preparedness next door in Canada and throughout Europe.

Keith Gunter is a co-founding Launch Partner of Beyond Nuclear and Founder and Interim Chair of Alliance To Halt Fermi-3.

2 Comments on “Discrimination under the radioactive plume”