Scottish tragedy could become an Australian one

Posted on February 24, 2019 by beyondnuclearinternational

(Note: Since this article first appeared, The Ferret has revealed that expert advice sought by ministers stated that the Scottish Government could prevent the export of radioactive waste from the UK under a swap arrangement involving the Dounreay nuclear complex in Caithness.)

Some of the Aborigines who live in and around a sacred burial place in South Australia can still remember the clouds of poison that were the result of Britain’s nuclear bomb tests in the 1950s.

Many of the indigenous population claimed they were exposed to radiation as a result of the post-war atomic weapons tests in the desert and received compensation from the Australian government.

But a new kind of radiation could be heading to the remote sacred area of Wallerberdina – nuclear waste.

The concerns are centred over a spot 280 miles north of Adelaide, which has become a potential location for Australia’s first nuclear dump.

The movement of waste is part of a deal that returns spent fuel processed at the nuclear facility currently being decommissioned to its country of origin.

Despite campaigners’ efforts it has emerged that David Peattie, chief executive of the Nuclear Decommissioning Authority (NDA), has insisted that there can be no change.

And now Aboriginal elder Regina McKenzie has made a last-ditch direct appeal to the First Minister, Nicola Sturgeon, for help to halt Dounreay’s dumping plans, calling for her “not to be part of the cultural genocide of Australian Aboriginal people”. 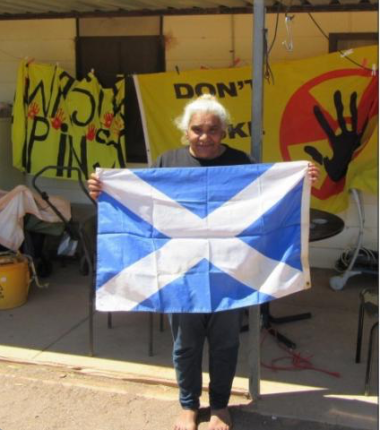 Mr Peattie said in a letter to UK campaigners who are fighting against the dumping: “The NDA does not have an option of retaining the waste in the UK.”

The Dounreay Waste Substitution Policy, agreed in 2012, sees waste from Australia, Belgium, Germany and Italy processed at the Scottish facility to make it safe for storage being returned to its country of origin.

The UK Government has previously confirmed that “a very small quantity of Australian-owned radioactive waste” is currently stored in the country.

Scottish Government policy allows for the substitution of the Dounreay nuclear waste with a “radiologically equivalent” amount of materials from Sellafield in Cumbria.

The proposed dump site is next to an indigenous protected area where Aborigines are still allowed to hunt, and is part of the traditional home of the Adnyamathanha people, one of several hundred indigenous groups in Australia.

And Ms McKenzie, an Adnyamathanha woman who lives at Yappala in South Australia and a leading campaigner against any dump, has told Nicola Sturgeon in a letter that the substitution policy is “culturally inappropriate”.

Ms McKenzie, who has been trying to get a meeting with the First Minister since the start of last year, said: “Adnyamathanha people have lived and practised culture in our country since the beginning of time. We understand and have connections with our land in a way the Australian Government does not. It is our duty to care for our country, song/storylines for future generations. 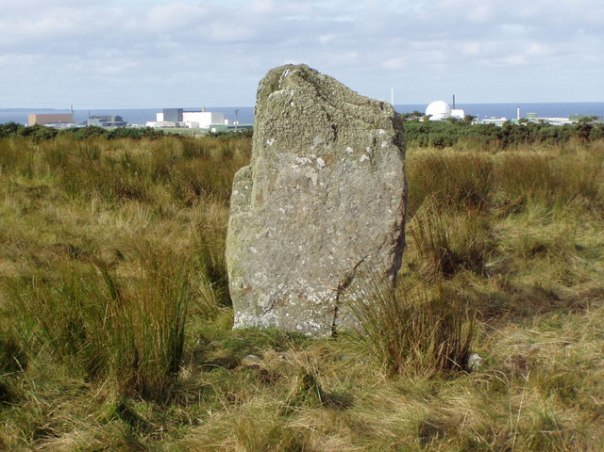 “We know we have friends in Scotland and in the UK. My great grandfather was Joseph Thomas McKenzie from Aberdeen, so we have a great respect for our Scottish heritage. We ask that you do all in your power to cancel the agreement made with the British Government and send a message of support to our people that Scotland stands with us in our fight to protect our country.

“We have previously offered to crowdfund money to travel to Scotland to raise our concerns with you in person, and we extend the offer for you to visit us here on our country at the sacred women’s waterhole Pungka Pudinah so you can hear why we must protect our country, for all of our futures.”

She has said the UK should not make the mistakes they did when the nuclear tests were conducted between 1956 and 1963 at Maralinga, part of the Woomera Prohibited Area in South Australia.

“This waste facility is just that, cultural genocide, it will stop future generations’ access to a significant site.

“Again I ask please listen with your ears and heart, be a voice for my people and help stop cultural genocide on a minority group only trying to keep our culture strong and survive.”

The local Aboriginal people claimed they were poisoned by the tests and, in 1994, the Australian Government reached a compensation settlement with Maralinga Tjarutja of $13.5 million in settlement of all claims in relation to the nuclear testing.

Regina McKenzie has been trying to get a meeting with Scotland’s First Minister, Nicola Sturgeon. (Photo courtesy of FirstMinister.gov.scot)

Despite the governments of Australia and the UK paying for two decontamination programmes, eight years ago concerns were expressed that some areas of the Maralinga test sites are still contaminated 10 years after being declared “clean”.

Campaigner Gary Cushway, a dual Australian-British citizen living in Glasgow, said the new appeal came after they reached deadlock on any movement in ditching the substitution policy.

He said: “My argument remains the same, that the material shouldn’t be returned, at least until the final destination is known.”

Last year an invitation to meet the Aborigines from supporters in the UK was turned down by the First Minister. Rory Hedderly, the diary team manager, wrote back: “Unfortunately, due to considerable diary pressures, the First Minister is unable to meet with Ms McKenzie at this time.”

“However, this issue is a matter for the Australian authorities, who are responsible for waste arising from historic reprocessing of Australian spent fuels, carried out under contract at Dounreay.”

This article first appeared in The Herald Scotland, and is republished with kind permission.

← Paul Flynn, anti-nuclear politician, dies
Will the peace bell sound in the Koreas? →

One Comment on “Scottish tragedy could become an Australian one”