Posted on September 1, 2019 by beyondnuclearinternational 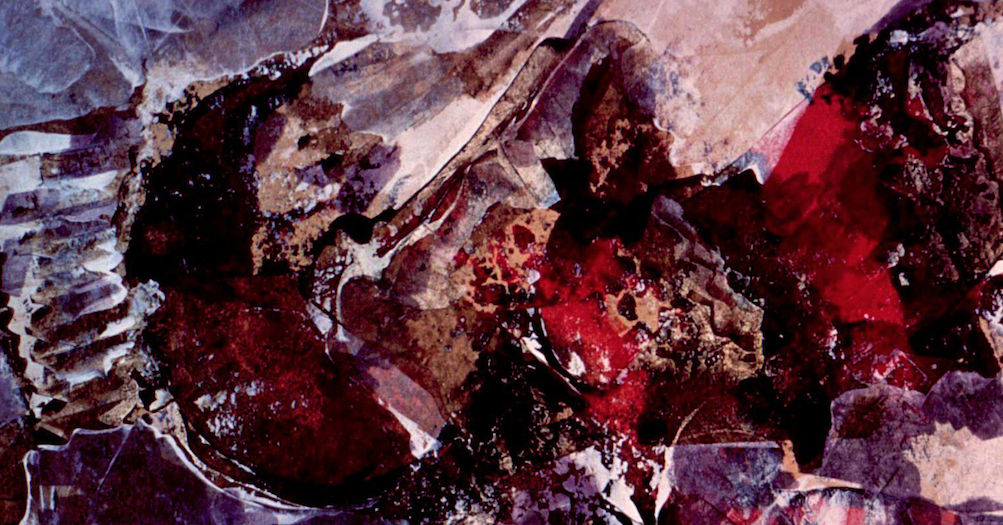 By day his life could not have been more utilitarian. He was a “Hod Carrier,” hauling bricks and mortar on his back up ladders; mixing sand and cement; clocking in and out as a member of the Laborers’ International Union of North America (LIUNA).

But by night, Paul Martin Butkovich reignited the true flame of his inspiration. He made art. Lots of it, almost to the day he died aged 76 on January 8, 1996.

It was only then that his family uncovered dozens of drawings rendered in crayon, pastels, pencil, chalk and markers, on subjects that ran the gamut from racehorses to nuclear warfare. The existence of Butkovich’s art was not a surprise. But the volume was. Yet, he had never attempted to sell a single piece. 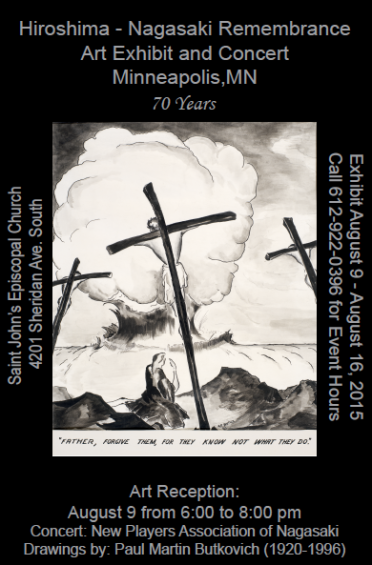 Butkovich was a basement artist. In 1939, he had spent one year at the Corcoran School of Art in Washington, DC, before being called home to help with the family business while his older brothers served in the military. His career as an artist never took flight, even as he harbored dreams of becoming a political cartoonist. (A friend even submitted his work for consideration for a Pulitzer Prize.) Living and working in Madison County, Illinois, not far from St. Louis, MO, he was inspired by then St. Louis Post-Dispatch editorial cartoonist, and two-time Pulitzer Prize-winner, Daniel Fitzpatrick.

While many topics interested Butkovich, especially his beloved racehorses, one subject seared itself into his conscience for decades — the horror of nuclear war. An older brother, Matt, had been at Hiroshima in the aftermath of the atomic bombing and recalled its horrors. Then came the Cold War and a climate of perpetual fear as nuclear Armageddon loomed. Butkovich put ink to paper and drew the first of his impassioned clarion calls against atomic war. His drawing — of Christ on the cross with an atomic bomb mushroom cloud in the background — was published in the Troy Tribune in 1954 and remained his most iconic known work.

Horses were a favorite subject for Butkovich’s art. (Image courtesy of Peter Butkovich)

An article about Butkovich on the LIUNA website, describes how the artist and laborer “protested the atomic bombing of Japan, the proliferation of nuclear weapons, and warned against the potential for a nuclear holocaust. For more than four decades, Butkovich worked and reworked his nuclear war warning.”

But one person wasn’t listening. While the older son, Paul, embraced his father’s artistic inclination, his younger son, Peter, just couldn’t understand the obsession which exiled his father to the family basement night after night. “I felt neglected” Peter Butkovich recalled in a 2006 Hartford Courant article.

Father and son grew apart, but they reconciled before the elder Butkovich’s death. Since then, Peter Butkovich, along with Robert Messick, a fellow artist and graphic designer, have worked tirelessly to promote Paul Martin Butkovich’s art. Perhaps it is a form of atonement, the son says. Or perhaps it is because the quality of Butkovich’s work is so fine and so prolific that it just deserves to be recognized.

The collection of Butkovich’s nuclear art, assembled together. (Courtesy iyedo.com)

As Gary Libow wrote of Peter Butkovich in the Courant article, “The works of an artist’s lifetime could have faded into storage…had it not been for a son who now refuses to let them slip into the shadows.”

Exhibitions of Butkovich’s artwork have been held since his death, mainly in Illinois where he lived and toiled in construction. Fifty of his drawings were displayed in the Illinois State Library where its director, Anne Craig, said many who saw them were deeply moved. She described the work as “Very powerful. Very striking. Very stirring” and said the artist had “opened up his heart.” The drawings, she said, “really spoke to us.” 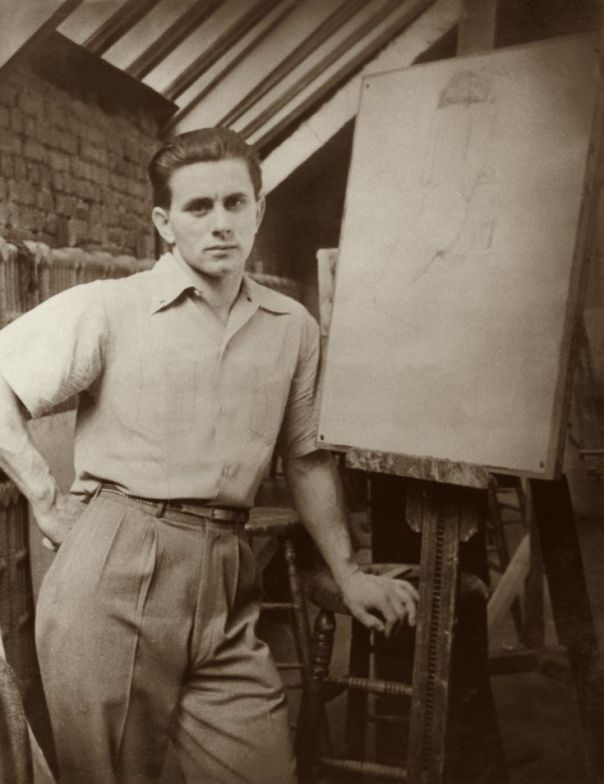 Paul Martin Butkovich was one of eight brothers, six of whom saw war firsthand. Hearing of those experiences shaped Butkovich’s own views on war, and especially on nuclear weapons, says his son.

Peter Butkovich still works to get his father’s art displayed. The drawings’ warning against nuclear war having become even more relevant as atomic sabres rattle between the US and North Korea, the US and Russia, and India and Pakistan.

“I believe his one-of-a-kind images took unusual courage to create in the late 1940s and early 1950s,” Peter Butkovich wrote. “I hope the work gets the recognition it rightly deserves.”