The delusion of thorium

Posted on November 3, 2019 by beyondnuclearinternational

After 50 years and four failures, the US abandoned thorium reactors

As Australia is grappling with the notion of introducing nuclear power into the country, it seems imperative the general public understand the intricacies of these technologies so they can make informed decisions. Thorium reactors are amongst those being suggested at this time.

The U.S. tried for 50 years to create thorium reactors, without success. Four commercial thorium reactors were constructed, all of which failed. And because of the complexity of problems listed below, thorium reactors are far more expensive than uranium fueled reactors.

The longstanding effort to produce these reactors cost the U.S. taxpayers billions of dollars, while billions more dollars are still required to dispose of the highly toxic waste emanating from these failed trials.

The truth is, thorium is not a naturally fissionable material. It is, therefore, necessary to mix thorium with either enriched uranium-235 (up to 20 per cent enrichment) or with plutonium – both of which are innately fissionable – to get the process going.

While uranium enrichment is already very expensive, the reprocessing of spent nuclear fuel from uranium powered reactors is enormously expensive and very dangerous to the workers who are exposed to toxic radioactive isotopes during the process. Reprocessing spent fuel requires chopping up radioactive fuel rods by remote control, then dissolving them in concentrated nitric acid from which plutonium is precipitated out by complex chemical means. 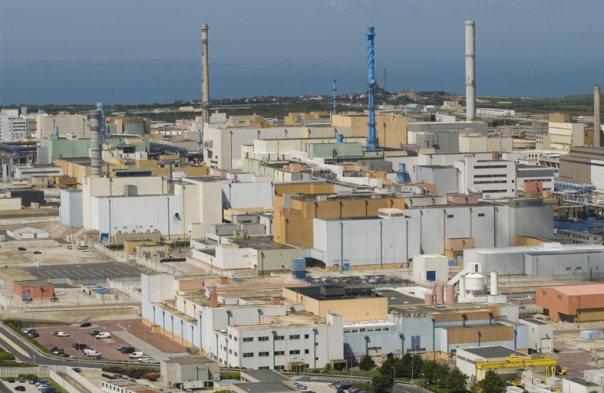 Vast quantities of highly acidic, highly radioactive liquid waste then remain to be disposed of. (Only 6 kilograms of plutonium-239 can fuel a nuclear weapon, while each reactor makes 250 kilos of plutonium per year. One-millionth of a gram of plutonium, if inhaled, is carcinogenic.)

So there is an extraordinarily complex, dangerous and expensive preliminary process to kick-start a fission process in a thorium reactor.

When non-fissionable thorium is mixed with either fissionable plutonium or uranium-235, it captures a neutron and converts to uranium-233, which itself is fissionable. Naturally, it takes some time for enough uranium-233 to accumulate to make this particular fission process spontaneously ongoing.

Later, the radioactive fuel would be removed from the reactor and reprocessed to separate out the uranium-233 from the contaminating fission products, and the uranium-233 will then be mixed with more thorium to be placed in another thorium reactor.

A total of two tons of uranium-233 were manufactured in the United States. This material naturally requires similar stringent security measures used for plutonium storage for obvious reasons. It is estimated that it will take over one million dollars per kilogram to dispose of the seriously deadly material.

An Energy Department safety investigation recently found a national repository for uranium-233 in a building constructed in 1943 at the Oak Ridge National Laboratory.

It was in poor condition. Investigators reported an environmental release from many of the 1,100 containers could ‘… be expected to occur within the next five years because some of the packages are approaching 30 years of age and have not been regularly inspected.’

The DOE determined that this building had “Deteriorated beyond cost-effective repair and significant annual costs would be incurred to satisfy both current DOE storage standards, and to provide continued protection against potential nuclear criticality accidents or theft of the material.”

The DOE Office of Environmental Management now considers the disposal of this uranium-233 to be ‘an unfunded mandate’.

Thorium reactors also produce uranium-232, which decays to an extremely potent high-energy gamma emitter that can penetrate through one metre of concrete, making the handling of this spent nuclear fuel extraordinarily dangerous.

Although thorium advocates say that thorium reactors produce little radioactive waste, they simply produce a different spectrum of waste to those from uranium-235. This still includes many dangerous alpha and beta emitters, and isotopes with extremely long half-lives, including iodine-129 (half-life of 15.7 million years).

No wonder the U.S. nuclear industry gave up on thorium reactors in the 1980s. It was an unmitigated disaster, as are many other nuclear enterprises undertaken by the nuclear priesthood and the U.S. Government.

Dr. Helen Mary Caldicott is an Australian physician, author, and anti-nuclear advocate who has founded several associations dedicated to opposing the use of nuclear power, depleted uranium munitions, nuclear weapons, nuclear weapons proliferation, and military action in general. She is founding president of Beyond Nuclear. This week, Dr. Caldicott will receive a Lifetime Achievement Award from the U.S. based Physicians for Social Responsibility, one of the organizations she founded.

This article originally appeared on Independent Australia and is republished with kind permission of the author.

For more information, see the Beyond Nuclear thorium fact sheet.

3 Comments on “The delusion of thorium”