Out from under the uranium shadow

Posted on March 16, 2020 by beyondnuclearinternational 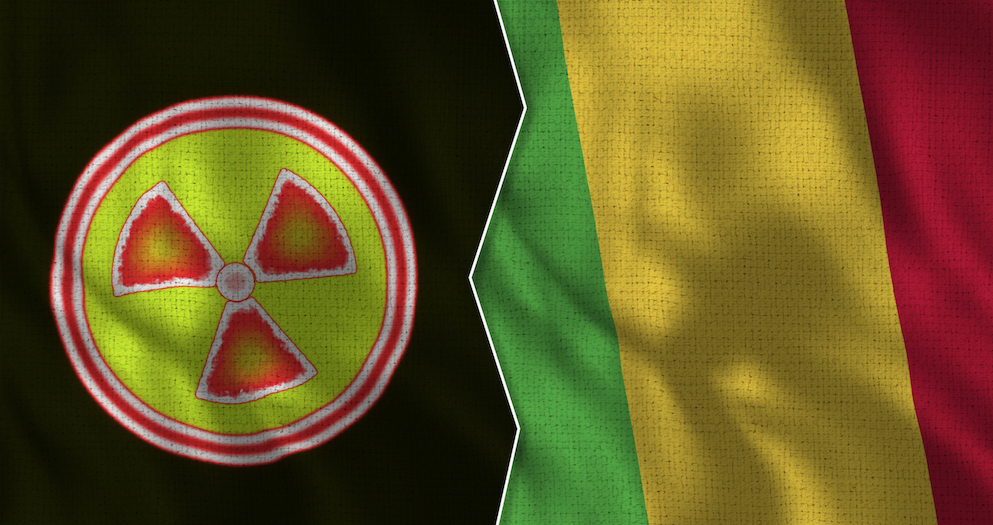 By Pr. Many Camara

The Municipality of Faléa is located in the Western part of Mali and borders Guinea and Senegal. The population is estimated at 17,000 inhabitants. Most of the population is young (between 15 and 35 years old) and female (approximately 62%), comprising the ethnic groups: Djalonke, Mandinka, Fula and Diakhanké.

The Berlin conference held in 1884/1885 drew the borders and organized the distribution of the African continent as we currently know it. Today multinational corporations hold the rights to exploit and collect the riches of Africa’s arable land and resources, including the uranium of Faléa.

About 20 years ago the French multinational COGEMA – later known as AREVA and today Orano – discovered deposits of uranium, copper and silver in Faléa. In 2007 the government of Mali concluded an agreement with the Canadian company Delta Exploration, now Rockgate Capital Corp, and afterwards Denison Mines concerning the future exploitation of its primary resources. The conditions of the contract were not made public. 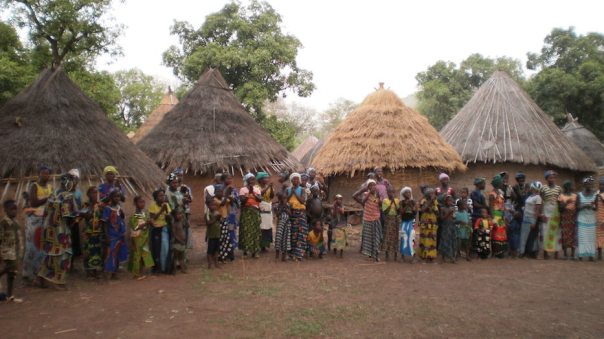 Locals were neither informed nor consulted. The Council of the Wise, the “modern” municipal council, in place since 1999, and the local population were all left out of the process. Then, in 2008 an airstrip was suddenly built within 50 meters of the primary school.

In Mali about 60 exploration or exploitation licenses are issued to foreign mining companies each year. In this race for the extraction of mineral resources encouraged by the Malian government, uranium and bauxite are the most sought after. Gold is also to be found.  Mali is the third largest gold producer in Africa. The highest potential for uranium is in the municipal territory of Faléa. The area is also endowed with extraordinary biodiversity and cultural richness.

The traditional system is based on the ancient wisdom of refusing to allow land to become a commercial good or private property. Land is considered common to all and is not a commercial merchandise.

It was only in 1995 that Mali, theoretically independent since 1960, adopted in its constitution – territorial administrative decentralization, including land law – as a copy and paste of elements of the French model and the Constitution of the Fifth Republic in France. Since then, this administrative and institutional reform has been in dualist coexistence with the old and wise land law.

This has created legal confusion at a time when capitalist multinationals are competing for raw materials.

The inevitable confrontation that had already begun with the grip of foreign mining companies on large rural areas was expected to lead to the elimination of customary law and its replacement by the speculative mechanism of the market — land as a speculative commodity. 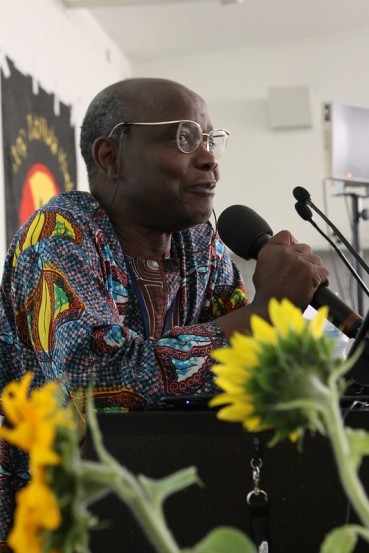 The uranium mine project was hatched secretly and irresponsibly by the Malian State and foreign mining companies starting in 2007. Faced with what would be devastating effects from the proposed uranium mine project on their health, environment, agricultural land, water sources and rich cultural heritage, the inhabitants of Faléa mobilized between 2010 to 2014 to prevent it from happening.

In this context, and after a struggle that lasted several years and saw visits from international NGOs and others, the Malian president was pressured into hypocritically declaring, at the end of March 2011, the cancellation of the Faléa uranium mine project.

Although this official statement was welcomed at the time, there was always concern that the Malian president was not a reliable figure.

For a while those fears lingered as nothing happened. But finally in late 2015 and early 2016, all the heavy equipment for uranium extraction was removed from the site.

The fall in the price of yellowcake following the Fukushima disaster in Japan on 11 March 2011 and its potential effect on the rise in insurance costs was the decisive event.

However, it should be stressed that the continued vigilance and mobilization of local populations and their external allies, as well as the scientific advice and training they have received, their effective preparation to demand technical guarantees and fair compensation during the Public Consultation prior to exploitation under the Mining Code, have also been important dissuasive factors, making any hope of profit problematic.

The completion of Denison Mines’ machine retirement in January 2014 officially shut down the uranium mine project.

(Below is a short video from 2013 providing the background story on the uranium mine saga).

This concrete result was also made possible thanks to the support and assistance of the local NGO supporting the defense and development of the municipal territory, “Solidarity Action for the 21 Villages of the Commune of Faléa-ASFA 21” as well as the effectiveness of international solidarity, in particular European citizen organizations and institutions (scientific and municipal).

This at least temporary victory gave Faléans the opportunity to rebuild their future and to regain their human rights, which had been violated for several years.

After this unlikely but successful resistance against the opening of a uranium mine on their municipal territory, the inhabitants of Faléa are today working autonomously to create their future within a Mali that seems to be going to rack and ruin.

”The country is in bad shape, very bad, and the outlook darkens every day… what will tomorrow be like? What will become of us?” To these frequently asked questions, which express the distress and despair of the Malian people today, the inhabitants of Faléa respond: “Our tomorrow is our business!” And each day, little by little, they translate that point of view into collective actions. 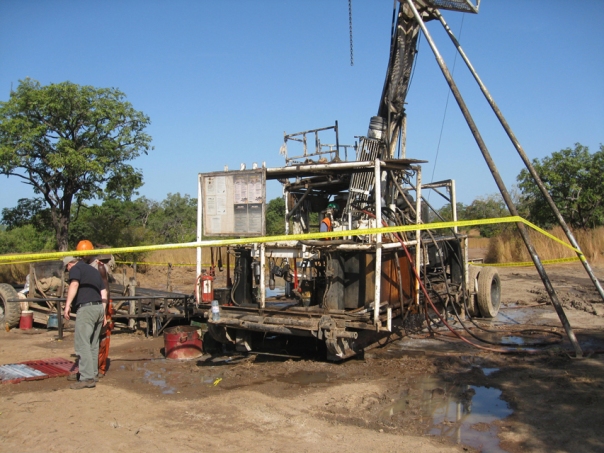 After the mine was defeated, all drilling equipment was removed from the land. (Photo: ASFA 21)

When the lethal threat of the uranium mine project was eliminated, the Faléa communities immediately invested in the construction of an internal, transparent and consensual system for the management of the natural, agro-pastoral and mining resources of their rural community.

From 2015 to 2016, financial support from the German Society for International Cooperation (GIZ) Mali, made it possible to carry out a participatory territorial diagnosis  and the development and amplification of a rational development plan suited to the activities of the different areas.

This document was used by the Faléa Municipal Council to draw up the new 2017-2022 Social, Economic and Cultural Development program for its local authority.

Since then, it has also been the reference framework that all actors (public, private, Malian and foreign) in the municipal territory of Faléa are required to respect.

As part of a “democratic local governance program” supported by Helvetas-Swiss-Intercooperation, a local “Land Commission (COFO)” representing all social categories has been set up to ensure the right to land and forest tenure for all, particularly women, young people and other marginalized social groups.

In addition, in 2017, the Rosa Luxemburg Foundation’s support provided Faléa residents with training in the creation of community protected areas and the Communal Council with the necessary knowledge and skills to develop environmental plans in consultation and in close collaboration with grassroots community organizations, natural resource managers and traditional authorities. 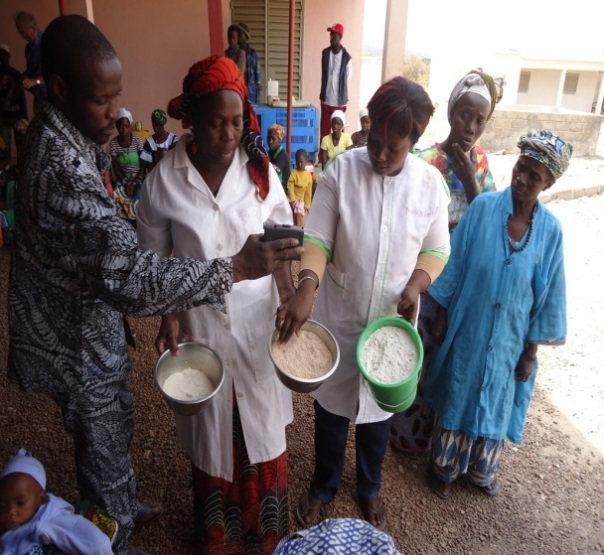 After these trainings, with the technical support of the Mali-UNDP project “ERSAP (Extension Strengthening the System of Protected Areas)”, they were able to create a map together of the development actions to be carried out in their community.

Finally, the collective mobilization of the population has increased and extended to the organization of traditional authorities in Coordination of the 21 villages “Wontofa siga djarénè”. (translation: Forward Faléa!) to better contribute to local and intercommunal development.

Many Camara is the president of the NGO L’Action Solidarité Faléa 21 (ASFA21). The English version of the website can be found here.

← Uranium. What is it?
Nuclear espionage →

9 Comments on “Out from under the uranium shadow”