The women who told Chernobyl’s story

Posted on April 19, 2020 by beyondnuclearinternational 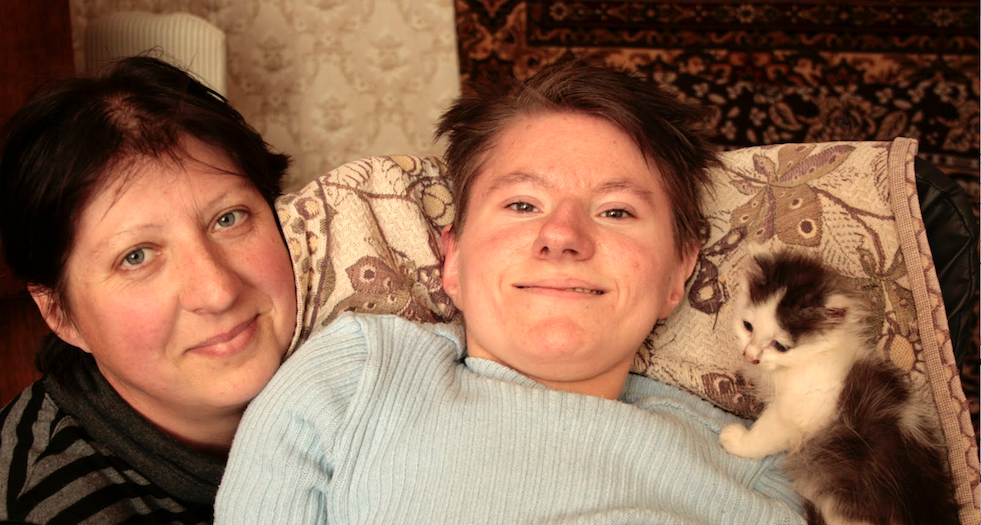 And the charity that sees those consequences first hand

Three great women writers have done so much to tell the story of Chernobyl. Their focus was not on the accident itself, but its impact on the people of Belarus and Ukraine.

When reactor No 4 at the Chernobyl Nuclear Power Plant blew up in the early hours of 26th April 1986, it threw millions of curies of radioactive materials into the air, forming a 2km high plume.

Amongst the most dangerous isotopes it released were iodine 131, caesium 137 and strontium 90.

But according to Alla Yaroshinskaya, a journalist whose tenacity was responsible for revealing much of the subsequent cover-up, the most dangerous substance to escape from the mouth of the reactor did not appear on the periodic table. It was Lie-86, a lie as global as the disaster itself.

She visited towns and villages in northern Ukraine 18 months after the accident. The head of the local department of child health told her that they had not found any problems linked to radiation, or any thyroid problems. She had just visited doctors who told her that 80% of the children in their district had thyroid problems.

People who continued to live on contaminated land were given extra money for food and free medical care and better pensions, sometimes called the ‘coffin allowance’. Villagers in Ukraine signed an undertaking not to drink milk from their cows, but they were not provided with any clean milk or meat.

(You can watch a three-part interview with 1992 Right Livelihood award winner, Alla Yaroshinskaya below)

In the early years, many people believed that land outside the 30 km exclusion zone was safe. In 1989 Pravda issued a map showing that there were some areas of heavy contamination up to 300 km from the plant.

The Government in Moscow claimed it was weeks or even months before they fully understood the extent of the disaster. But Alla Yaroshinskaya was able to reveal that this was not true.

When children were allowed to spend all day out in the streets for the May Day parade, party bosses knew that the radiation levels were very high.

Yaroshinskaya’s newspaper would not publish her stories but eventually she managed to get them accepted and people were so impressed with her struggle to show the true effects of the disaster, that she was overwhelmingly elected to the Supreme Soviet in 1989. This gave her greater access to official papers.

The committee headed by Gorbachev, which was dealing with the accident and its aftermath, issued many secret protocols.

Protocol number 9, issued less than three weeks after the accident, dealt with radiation levels, adopting new levels ’which can be tolerated by the population ten times higher than before, and in some cases 50 times higher. Thus we can ensure the continued health of people of all ages, even if the ambient level of radioactivity stays the same for two and a half years.’

Protocol 32 was about the distribution of contaminated meat. The Ministry of Health ordered that it should be distributed as widely as possible and made into sausages and pies. There was a similar one covering milk.

When the main factory in Rogachev was found to be producing contaminated milk, they simply changed the labels on the cans so no one knew where the yoghourt or sour cream milk had come from.

Svetlana Alexeivich won the Nobel Prize for Literature in 2015 for her powerful and moving oral histories of war and tragedy in Russia.

Many of her interviews were used to frame the story of the Chernobyl television series on HBO. The most powerful and distressing story was Ludmilla Ignatenko, the wife of a fireman whose body was disintegrating before her very eyes in a Moscow Hospital.

The first great stress for families was being evacuated. In many cases they were told they would be back in a few days or weeks, but then were never allowed back. Many Belarusians had lived in the same village all their lives and their parents and grandparents were buried there. It was very hard to leave their land and be consigned to high rise flats in the cities.

In some villages they were allowed back, just one day a year, to remember their departed relatives. But other villages no longer existed.

During the Second World War, the Nazis destroyed 619 Belarussian villages, along with their inhabitants. As a result of fallout from Chernobyl, the country lost 485 villages and settlements, with 70 of them buried underground by clean-up teams of liquidators.

The nuclear industry likes to blame many of the illnesses found in Belarus and Ukraine on the stresses of evacuation and on “radiophobia”. But this is cruel nonsense. Certainly mothers were under great stress trying to make sure their children had clean food if they still lived in contaminated areas, and if they had been evacuated, worrying about their children being bullied at school, their husbands being unable to get jobs and their parents grieving every day for the homes they had lost.

Caring for Chernobyl-affected children has brought back joy after the stigma. (Photo: Chernobyl Children’s Project UK)

For many mothers there was soon a lot more to worry about as their children fell ill, initially with thyroid cancer or leukaemia.

It is usually the mothers who spend many months in hospital with their child, seeing them suffer and wondering if they are going to make it through the treatment.

This is why we invite mothers with their young children as soon as possible after the treatment has finished to give them both a boost.

There was a very significant rise in the numbers of children born with disabilities in the months after the accident — an 80% rise in Gomel region, despite a huge number of abortions and miscarriages.

Whenever a child was born with any obvious problem, doctors would tell the mother that they should leave him or her in the hospital. He would probably die and if not he would be well looked after in an orphanage. They should go home and get on with their lives. Whenever a mother decided not to do that, but to keep her child, in the majority of cases the father would leave.

Fifteen years ago we produced a book about Ira. She had been abandoned as a baby and was growing up at Zhuravichi. When Ira was interviewed, she said she always dreamed about meeting her mother. When Ira was 20 her mother took her back home. Natasha had been a teenager when Ira was born with tiny arms and legs, and she believed the doctors who told her that her child would die. After her younger daughters had grown up and left home, she found Ira and is so happy to have her back at home.

Some doctors still do this, so we employed psychologists recently in some of the maternity hospitals to discuss with mothers the support which is available to them and increase their confidence in looking after their children.

Many associations were set up after Chernobyl to support families with children with cancer, diabetes or with disabilities. These were mostly led by women, with largely active women members. At that time there was very little state support to help care for a disabled child and no educational opportunities at all for the more severely disabled.

The family associations lobbied their local authorities constantly for more support and combined with the work of foreign charities like ours, this has made a great difference. There is more state support, almost all children get some form of education and fewer fathers are leaving their families.

When we set up our first Home Hospice team 20 years ago, most of the families they supported consisted of a mother and if they were lucky a grandmother, looking after the child or children.

But today almost all the families have a father present, even if the vast majority of the care is given by the mother.

Professor Kate Brown is a nuclear and environmental historian. She spent ten years researching in the archives in Belarus and Ukraine and speaking to doctors and scientists to try to understand the extent of the nuclear cover-up which followed the disaster.

She found that in early 1990 there were plans for the World Health Organisation to work with the Soviet Ministry of Health on a long-term study, similar to that carried out on Hiroshima and Nagasaki survivors.

They sent a team of scientists into Belarus and Ukraine in the summer of 1990. The Belarusian Academy of Scientists told them about the growth of blood disorders and serious thyroid problems. The IAEA scientists chose not to believe them as they thought the doses were too low. Before they could look at the evidence, the computers containing detailed information on the health of 130,000 people were stolen from the Institute of Radiation Medicine. Possibly it was the work of the KGB, keeping information away from Western spies, but the files have never been recovered.

The IAEA came to the conclusion that the doses people had received were low and so any health issues could not be related to Chernobyl. They ignored the doctors who explained to them that many people ate large amounts of mushrooms, wild berries and wild game, which all contained high amounts of radiation. Or that thousands of people lived in marshes where the soil transferred the radionuclides more readily into the food. And the fact that radiation ingested is far more dangerous than sources outside the body.

And they ignored much of the data from Soviet Scientists, as they did not trust their methods of enquiry. 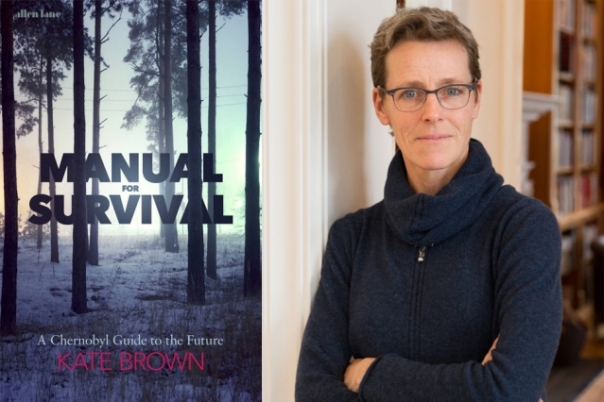 When contaminated parts of the country were compared to cleaner parts, the investigators forgot that contaminated food had been sent all over the Soviet Union to be made into pies and sausages, spreading high doses of radiation around the population.

And comparisons with other countries are complicated by two facts. The Chernobyl radiation spread across Europe and beyond and affected Poland, Austria and Germany particularly badly.

There were an additional 3,200 stillbirths across Europe following the Chernobyl fallout and many children born with life limiting disabilities.

And the atmospheric nuclear bomb tests have affected the health of people all over the world. One of the highest levels of childhood cancer can be found in Australia, undoubtedly affected by the Pacific Island tests.

Americans received massive doses of radioactive iodine from the Nevada desert atomic tests. The US Nuclear Cancer Registry eventually estimated that these tests caused somewhere between 11,000 and 200,000 thyroid cancers in America.

But in 1990 this had not been proven. And the Americans were desperate to draw attention away from the effects of their testing, and possible litigation by its victims. So all possible efforts were thrown at discrediting the obvious rise in thyroid cancer following Chernobyl.

Kate Brown describes all this brilliantly in her book and pays tribute to the work of Dr. Keith Baverstock without whom the exponential rise in thyroid cancer might have remained secret.

Whenever I visit Belarus I am often struck by the heroism of women I meet and work with — Anna Gorchakova who set up the Hospice Movement in Belarus; Natasha who runs our Mayflower Respite Care centre, who has a disabled daughter of her own and remains unfailingly cheerful and supportive of all the parents and children who visit; some of the mothers in the cancer hospital who maintain their strength and hope in such difficult circumstances; mothers of profoundly disabled or terminally ill children who struggle to give them the care they need.

The effects of the Chernobyl fallout are likely to affect the health of the people of Belarus and Ukraine for many years to come and it will continue to be women who bear the brunt of the stress and heartache that will cause.

Linda Walker is the director of the Chernobyl Children’s Project (UK).

2 Comments on “The women who told Chernobyl’s story”