Posted on September 20, 2020 by beyondnuclearinternational 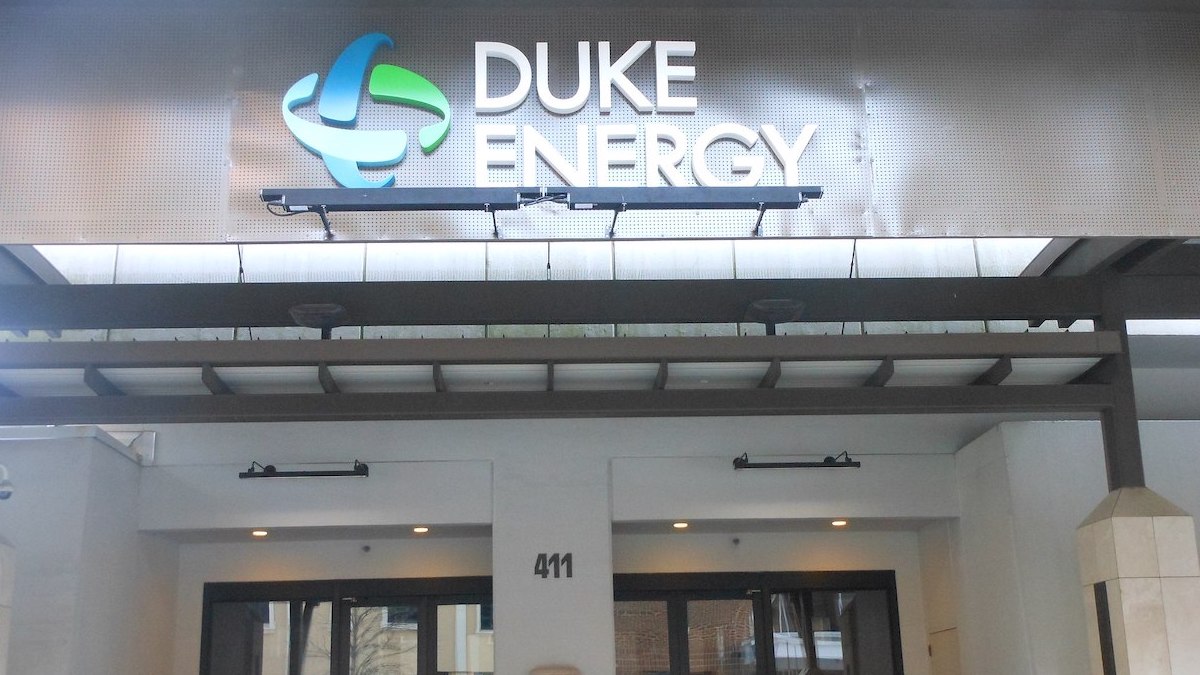 Duke Energy has said that it will submit a blanket request for Second License Extensions for all 11 reactors in its fleet, which would see these already aging, degrading and uneconomical plants operating out to 60 or even 80 years. The following is an analysis from the Environmental Working Group, issued as a September 2, 2020 press release, and an excerpt from their report.

Duke Energy says it will achieve “net zero” carbon pollution by 2050. But its new resource plan for the Carolinas almost certainly means it will continue to rely on fossil fuels and nuclear reactors as its dominant sources of energy.

On September 1, Duke – the largest investor-owned U.S. electric utility, with 7.7 million customers in six states ­– filed its 2020 Integrated Resource Plan, or IRP, with regulators in North and South Carolina. If in the wake of its recent cancellation of the $8 billion Atlantic Coast Pipeline, Duke-watchers expected a turn away from natural gas, they were wrong.

The plan floated six different scenarios to reach “net zero” carbon, and all but one relies heavily on fracked natural gas. It confirmed that Duke will continue to give short shrift to wind power and is betting on the uncertain development of a new generation of small nuclear reactors.

“If investors and regulators were hoping Duke would put forth a serious plan to reduce emissions and combat climate, this IRP wasn’t for them,” said Grant Smith, EWG’s senior energy policy advisor. “Even the most ambitious scenario would only modestly invest in offshore wind, despite the enormous potential in the Carolinas, make paltry advances in solar, spend billions on more nuclear reactors and jack up customers’ bills by nearly $60 a month.”

Only one scenario would reject new gas generation while marginally expanding solar power and spending big on small, “modular” nuclear reactors. This path would cut greenhouse gas emissions by almost three-fourths but would be the most expensive and trigger a $58 increase in customers’ bills.

Those projected costs make it unlikely that regulators would approve, suggesting Duke included it as a sop – and a rebuff – to investors and advocates who want the utility to speed up its transition from fossil fuels.

During an August earnings call, Duke said it will have a clearer picture of its path to “net zero” carbon early next year. But CEO Lynn J. Good also said then that offshore wind wasn’t viable for at least a decade. The new plan confirms that view and sees only marginal value in onshore wind.

The IRP reaffirms Duke’s plans to ask federal regulators to extend the operating licenses for its 11 nuclear reactors, increasing the risk of accidents. As for its expectations for new modular reactors, there is no working example in the U.S. to indicate the actual costs of building and operating such units.

In late August, EWG released a report documenting the billions of dollars Duke has squandered on failed and botched natural gas and nuclear plants across its vast service area.

Duke admits gas and nuclear plants are threatened by the climate crisis and the rapid growth and plummeting price of renewable energy. But it continues to rationalize buildout of these risky investments, because as a government-protected monopoly it can pass the costs of its failures on to its customers and drive up its stock prices.

“From Duke’s recent climate report and this IRP, you can predict that Duke’s energy mix in 2035 will consist mainly of nuclear power and natural gas – along with more billions of blown ratepayer dollars on more failed projects,” said Smith. “It’s a shell game – talking a good game on renewables and carbon cuts to distract from its plans for business as usual.”

These are the Duke nuclear failures as documented in the above-mentioned EWG report.

The Lee Nuclear Station was a proposed twin-reactor power plant in Cherokee County, S.C. When Duke first approached regulators in 2006, it touted a nuclear renaissance – a recurrent industry fantasy that has never materialized – and said the plant would be a “least cost resource.” But it also noted how financially risky nuclear construction is.

Duke pleaded that it needed assurance it could later recover pre-construction costs from ratepayers because the plant would mean lower electricity rates. In 2007, Duke pushed through legislation that ensured future cost recovery. When Duke applied to the federal Nuclear Regulatory Commission, or NRC, for a license, it estimated the cost would be $5 billion to $6 billion.

By 2011, construction had not begun, but Duke had raised the estimate to $11 billion. The Fukushima disaster that March cast a pall over the so-called nuclear renaissance. Duke also faced inconvenient truths: Electric demand had dropped significantly, and nuclear power couldn’t compete with the glut of cheaper natural gas flooding the market. Lee was in limbo.

Duke didn’t receive a construction and operating license from the NRC until December 2016. Three months later, Westinghouse, maker of the reactors planned for Lee, was driven into bankruptcy by huge cost overruns at the V.C. Summer and Vogtle nuclear plants under construction in Georgia. (See Appendix.)

Duke, which had assured regulators it was carefully monitoring the Georgia situation, said the bankruptcy was unexpected and asked for permission to cancel the plant. Ratepayers were stuck with $517 million for an empty lot, but Duke still claimed nuclear power was a “cost effective” option.

In 2012, Duke merged with Progress Energy, which served parts of the Carolinas and Florida. Progress had earlier pushed through Florida legislation to allow for costs of nuclear plants, both before and during construction, to be charged to ratepayers on a pay-as-you-go basis.

The reactors slated for Progress’ nuclear plant in Levy County, Fla., were the same flawed models that bankrupted Westinghouse and forced cancellation of Duke’s Lee plant. Predictably, Levy ran into the same problems.

In 2006, Progress’ original estimate for Levy was $5 billion to $6 billion. By the time of the merger, the price tag had swelled to $24 billion and the projected in-service date had been pushed back eight years, to 2024.

Undeterred, Duke continued to seek a license from the NRC. But after it was granted in 2016, Duke announced it would halt production – again insisting that nuclear power remained a viable option for the future. Of Progress’ pre-merger expenditure of $1 billion, Florida regulators allowed Duke to charge customers $800 million for a plant that never delivered a kilowatt of electricity.

After the merger, an independent review found that repairs could cost more than $3 billion. Knowing state law allowed cost recovery, in 2013 Duke shut the plant down. Duke Florida customers will pay $1.3 billion – about $170 million a year for 20 years – for Progress’ blunder.

The above EWG press release was first published on September 2, 2020. The Environmental Working Group is a nonprofit, non-partisan organization that empowers people to live healthier lives in a healthier environment. Through research, advocacy and unique education tools, EWG drives consumer choice and civic action. Visit www.ewg.org for more information.