Posted on October 5, 2020 by beyondnuclearinternational 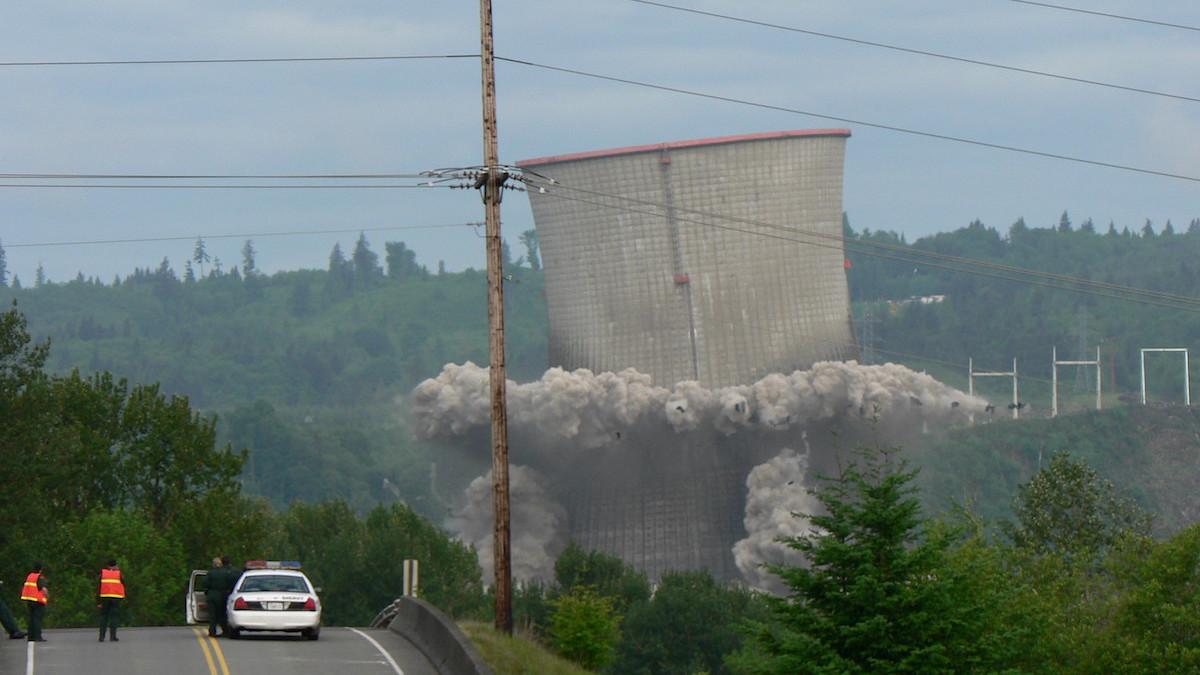 Nuclear power is failing. So why does news coverage suggest the opposite?

Sometimes it’s “Promises promises”. On other days it’s “Another one bites the dust”.

If, like me, you are a fellow sufferer of a condition known as involuntary musical imagery (having a song stuck constantly in your head), lately you might have found yourself humming one or other of those catchy songs. Over and over again.

They are effectively the theme songs for nuclear power right now. Because if it’s not the false promise of climate-saving jobs, then it’s another premature shutdown, or new nuclear project canceled, the chimera of small mythical reactors, or a reactor failing to deal with the ever more prevalent weather extremes of climate change.

That’s the unavoidable story, no matter what myths the pro-nuclear propagandists try to spin. Reality has an annoying habit of grabbing the headlines. And right now, those read:

“Nuclear reactor in France shut down over drought”

However, despite this breaking news, you have to sort through a lot of aspirational chaff to find these headlines. The majority of articles about nuclear power are still centered around a rosy future as a climate-busting, jobs-providing cornerstone of any energy policy.

And the majority of politicians in countries where nuclear power still holds sway continue to support it. Why do we let them? Because they think we want them to. As linguistic and messaging guru, George Lakoff, so often repeats: “Voters don’t vote their self-interest. They vote their values.”

So when a nuclear company, or a politician, trumpets instant, well-paying jobs, voters line up to support it too. No matter that nuclear jobs are not likely to be instant, safe or long-lasting, will destroy the environment and do nothing for climate change — and even, in the case of promised new nuclear plants like Summer in South Carolina or Wylfa-B in Wales, may never materialize at all. A boost to the local economy is a good soundbite. Why look behind the arras, only to find nothing there?

But when the media looks behind the nuclear arras they find small modular reactors, micro reactors, “new generation” reactors, and the perpetual promise of fusion. And they interpret this as news, even though none of these reactor designs are new and fusion has been decades away for, well, decades.

These “new” nuclear developments are also often reported on as if they are actually happening. Such overstatements are routinely exposed in the annual World Industry Status Report, (a veritable Bible of empirical data, with the 2020 edition just released last week), which looks into the substance of such breaking news and finds it is almost always aspirational. Take a closer look and it is all about plans, not reality.

The same with alleged turncoats. The media love them.

So we get Zion Lights, a refugee from Extinction Rebellion UK, who is getting plenty of ink and headlines for her new found pro-nuclear delusions. She has positioned herself as an ex-co-leader of XR, a false claim the movement has corrected in a thorough takedown of Lights and her boss, Michael Shellenberger, which we published last week.

But even though XR isn’t officially anti-nuclear — because the movement avoids platforms and positions of every kind — Lights is lapped up by the media as someone who saw the light and embraced nuclear power. Despite the fact that her prior affiliation with XR is no indication that she was ever, genuinely, and certainly not officially, anti-nuclear at all.

The reception is similar for other self-appointed pro-nuclear environmentalists (a contradiction in terms that invariably goes unchallenged) who claim to have renounced the anti-nuclear folly of their misspent youth. Never mind that finding any trace of genuine anti-nuclear activism by the likes of a younger Shellenberger et al. is a pretty futile pursuit.

Perhaps we should all take a leaf out of that book and invent false narratives for ourselves as former pro-nuclear evangelists, in order to enhance our media appeal? Simply having the empirical evidence on our side does not seem to suffice.

Ultimately, while recognizing that we fall heavily into the deficit column when it comes to resources compared to the other side, we are mainly facing what is known in shorthand as a “comms war.” And a “comms war” is by no means unique to our movement. Just ask the Biden campaign.

The communications world has changed dramatically with the advent of social media and a Trump-led culture that has given permission to lie, malign and spin outrageous conspiracy theories, all of which are reported on, whether the news outlet in question endorses them or not. The lying itself is the news. But giving the lies attention inadvertently perpetuates them and cements their credibility in some circles.

So it is in the nuclear sector. The other side will toss out some believable-sounding but unsupportable nonsense and by the time we rebut it with the facts, their myth has sunk into the collective psyche. Then they will toss out another lie. And again, when we debunk it, it is too late. Trump didn’t invent this playbook.

What to do? This has been a perpetual dilemma. We have been on the defense for a long time. How to get there first instead?

A good start would be far more proactivity when it comes to pumping out information, opinions, comments and empirical findings. We may not have the millions of the pro-nuclear think tanks, nor access to expensive public relations machines. But we can probably do better. We could write more opeds and letters to the editor for sure. We could better trumpet and amplify all the good news we are seeing — especially as renewables and energy efficiency are overtaking nuclear power on every front — speed, cost, safety, carbon reductions etc.

I’ll give a nod here to two UK anti-nuclear colleagues. One is Dr. David Lowry, who routinely peppers the media with letters and comments. While I know he finds the routine rejections frustrating, he does get published! We are throwing the good mud, and by throwing it often, some of it does eventually stick. The same is true of CND stalwart, Rae Street, who consistently submits letters to the editor to daily UK newspapers. She, too, gets published here and there, while weathering rejections. The law of averages might not be encouraging, but it proves that volume pays off.

None the less, as a movement, we are notably remiss in availing ourselves of communication tools such as Twitter — where the substantive (albeit concise) conversations happen away from all the Facebook cat videos (guilty as charged!). How many NGOs never tweet? Too many. How about YouTube? If the media won’t play with us, we have to make our own. There are now plenty of venues and it has become ridiculously easy. We are in the i-Everything Age.

← Sleepwalking into a crisis
A bridge to nowhere →