Posted on November 22, 2020 by beyondnuclearinternational 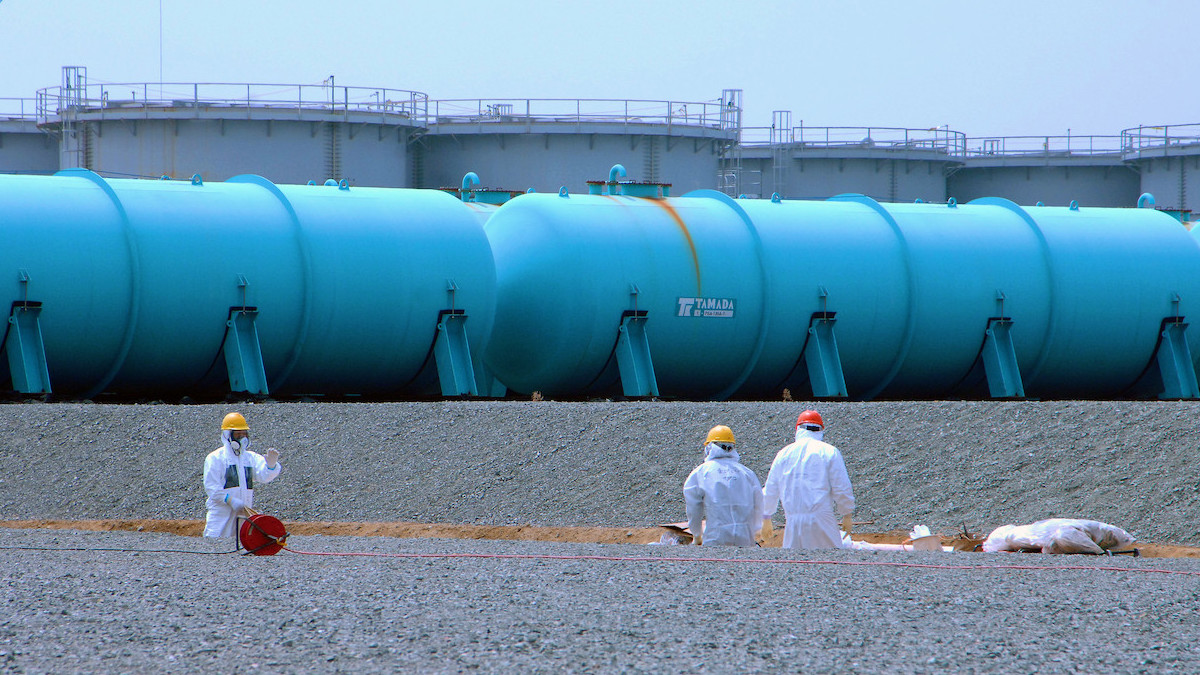 Japan has other choices for Fukushima water

Update: Thank you very much to those who have already sent comments opposing Japan’s plan to dump radioactive water into the Pacific Ocean. Due to the overwhelming response from concerned citizens and groups across the globe, GENSUIKIN is extending the comment period until January 31, 2021. Please email your comments to: gensuikin.online@gmail.com.

The Japanese government appears ready to dispose of radioactive water contaminated by tritium and other radioactive materials from the crippled Fukushima Daiichi nuclear power plant into the Pacific Ocean. GENSUIKIN is asking for your support to prevent this reckless attempt by the government. Please see the end of the article for action steps.

At GENSUIKIN, we have campaigned against any uses of nuclear technology by any country, including the commercial use of nuclear energy such as nuclear power plants, on the basis that “nuclear and humanity cannot coexist”.

On March 11, 2011, during the Great East Japan Earthquake, four of six nuclear reactors operated by Tokyo Electric Power Company (TEPCO) had core meltdowns caused by loss of cooling power. Due to the high radiation dose at the facility – 42 Sv in the containment vessel and 5150 mSv in the buildings — it is impossible to know the true extent of damage to the core while cooling water continues to be injected to prevent criticality.

In such a situation, it is extremely dangerous for cooling water to be contaminated by high level radioactive materials, to accumulate to as much as 1.23 million cubic meters and then, potentially, to leak into the groundwater.

At present, after decontamination by an Advanced Liquid Processing System (ALPS), the contaminated water is stored in tanks at the nuclear site. There are currently 1,044 tanks at the site. Astonishingly, to remove the contaminated water, the Japanese government and TEPCO plan to dispose of it by dumping it into the Pacific Ocean. There are a number of problems with this, around which we are organizing opposition movements in solidarity with residents in Fukushima.

It has been revealed that, in 70% of the tanks, the amount of radioactive substances present is 20,000 times the standard. TEPCO promises it will conduct secondary processing to lower the amount of radioactive substances to below standard level, but has yet to keep its promise; thus the disposal of the contaminated water is still a dangerous act. Tritium cannot be eliminated by ALPS at all. TEPCO estimates that there are 860 trillion becquerels of tritium in the contaminated water as a whole.

There are varied opinions on how hazardous tritium is. It is often pointed out that tritium absorbed through food has negative effects on cells and damages DNA. TEPCO claims that it will dilute tritium-contaminated water to below standard level and dispose of it into the ocean; however, the absolute quantity of tritium in the water has not changed, and it is pointed out that tritium’s dangerous effects of bioaccumulation of radioactive material in fish can be seen throughout the food chain.

2. The disposal of contaminated water to the ocean violates international law.

The “United Nations Convention on the Law of the Sea” article 207 requests that “States shall adopt laws and regulations to prevent, reduce and control pollution of the marine environment from land-based sources”. The Convention on the Prevention of Marine Pollution by Dumping of Wastes and Other Matter of 1972 and London Protocol: (LP) forbid dumping any concentration of radioactive material into the sea.

However, insisting that “discharge” is different from “disposal”, the Japan Atomic Energy Commission (JAEC) has tried to approve dumping into the ocean without consensus. This ignores the fact that, when Russia disposed of 900 cubic meters of low-level radioactive waste liquid on October 6th, 1993, the JAEC and Japanese government criticized such disposal, thereby setting a precedent that disposal of even low-level radioactive waste liquid into the sea is not acceptable.

3. Japanese government and TEPCO have abandonedthe search for other measures with which todeal with the contaminated water.

They choose only disposal into the sea as it is the easiest and cheapest measure.

TEPCO argues that it will become too difficult to store the contaminated water due to a shortage of land required for holding tanks. However, it seems that they are making no effort to get land. While some areas are unsuitable due to radioactive contamination from the nuclear accident in Fukushima, there is some more usable land on the nuclear power plant site, contrary to TEPCO’s claims.

Furthermore, there are more options for reducing the space needed for the holding tanks. One such option is to use technology such as “Grease Solidification”, first implemented at the Savannah River Site Disposal Facility in the U.S., which solidifies highly tritium-contaminated water to be buried. TEPCO and the Japanese government have not considered these costly resolutions at all and have maintained disposal to the sea as the only option. This is not acceptable.

4. A betrayal of Japan’s fisheries.

The Fukushima Prefectural Federation of Fisheries Co-operative Associations made a request to TEPCO, stating that: “After the processing of radioactive contaminated water by ALPS, TEPCO is responsible for holding it in tanks in the nuclear power plant sites and must not dispose of the water into the sea without consent from fisheries and Japanese people”.

In August 2015, TEPCO responded that: “Without agreement from stakeholders, we will not dispose of any water and after processing by ALPS, the water will be held in the tanks at the site”.

Any such disposal now of water into the sea would be an act of betrayal to the fisheries.

Japan Fisheries Cooperatives and Fukushima Prefectural Federation of Fisheries Co-operative Associations have unanimously passed a resolution stating that they “firmly oppose the disposal of contaminated water into the sea”.

As we explain above, there are many problems about the disposal of contaminated water into the Pacific Ocean. Therefore, there are no international and national agreements about it. In facing strong opposition to the disposal, the Japanese government postponed a cabinet council decision implementing the disposal, which was expected to be decided last October.

TO HELP: Please send comments no later than November 30, voicing your — our your organization’s — opposition the disposal of Fukushima radioactive waste into the Pacific Ocean.Email you comments to: office@peace-forum.top  or kikosanm4004@gmail.com. Also, please also reach out to your elected officials and request that they send a message to the Japanese Consulate or Embassy in your area. The Science, ICT, Broadcasting and Communications Committee of the National Assembly of the Republic of Korea has already passed a resolution requesting that the Japanese government  establish safer measures when processing the contaminated water.

Japan Congress Against A and H-Bombs (GENSUIKIN) was established in 1965, and is one of the largest anti-nuclear and peace organizations in Japan. GENSUIKIN has local organizations as members, consisting of labor unions, women’s organizations, youth organizations and civil society groups in all 47 prefectures of Japan.

← Will Trump attack Iran’s nuclear center?
Powering down — and out →

2 Comments on “No radioactive water dump!”