When the US nuked Spain

Posted on February 22, 2021 by beyondnuclearinternational 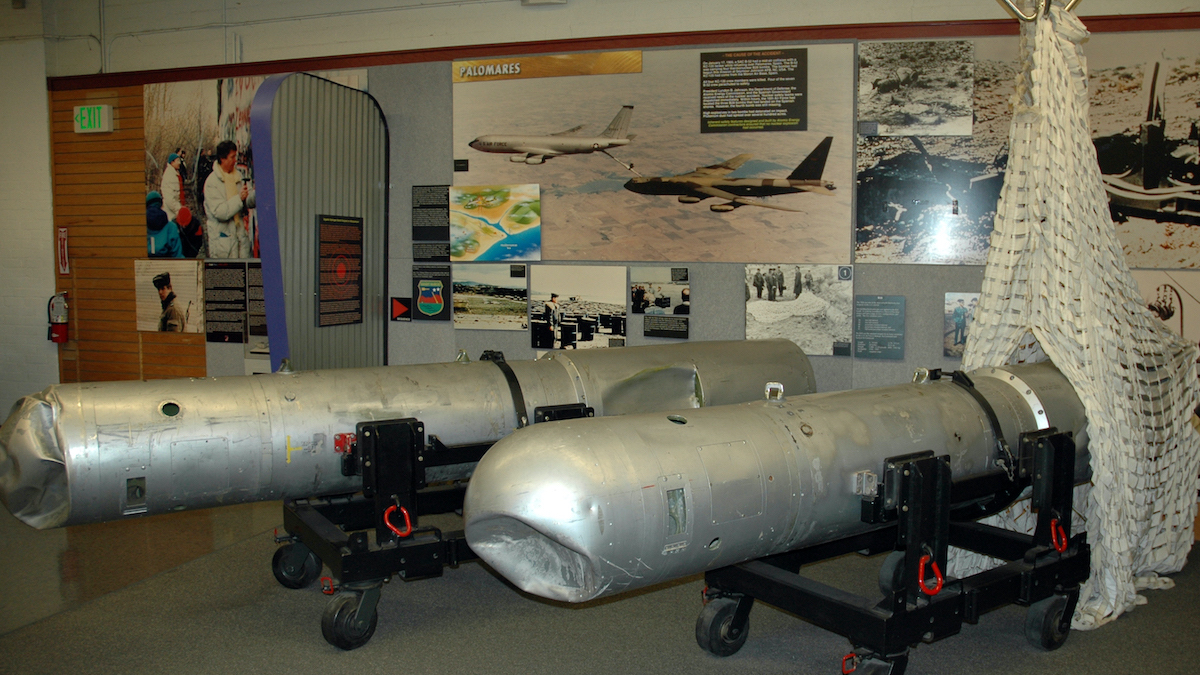 34 years later, those forced to clean up the mess get their day in court

Air force veterans exposed to plutonium after a first-ever US nuclear weapons disaster in Spain have won extremely rare recognition as a class in a lawsuit against the Department of Veterans Affairs.

On Jan. 17, 1966, an air force B-52 bomber exploded over the village of Palomares, Spain during a routine airborne refueling. Seven airmen were killed and the bomber’s four hydrogen bombs were thrown to the earth. Conventional explosives (not the nuclear warheads) in two of the bombs detonated in massive explosions, one right in the village, gouging huge, plutonium-covered craters and spewing as much as 22 pounds of pulverized plutonium dust over houses, streets and farm fields.

On June 19, 2016, the New York Times published a 4,500-word investigative report about the lawsuit filed in the Court of Appeals for Veterans Claims by chief master sergeant Victor Skaar (USAF, Rt.). Skaar, who was 30 at the time, was part of a clean-up team, dubbed Operation Moist Mop, assigned to the disaster response. A throng of some 1,700 soldiers were put to surveying 400 acres and washing the inside and outside of village buildings. Over a period of 80 days they filled 4,810 barrels with plutonium-contaminated soil and loaded the drums aboard a ship bound for disposal stateside.

Two years after Skaar retired in 1981, he came down with a blood disorder called leukopenia. He’s been trying ever since to have the illness recognized as service-related. In a phone interview, Skaar told Nukewatch that dozens of the veterans contaminated during the clean-up are also sick. If their claims can be established in court, they would be eligible for free health care and a disability pension.

Sometimes “clean-up” amounted to hosing the plutonium dust. It was hosed off houses, streets and even a school, leaving the toxic runoff to contaminate downstream surface waters. When the barrels of collected soil had excessive radiation readings, troops blew the dust off using air compressors. When testing the troops’ clothing, radiation meters regularly went off-scale.

After the 2016 exposé in the Times, Michael Wishnie, a Professor of Law at Yale Law School who runs the Veterans Legal Services Clinic, called Skaar and offered the aid of the clinic in the case. It’s been a David and Goliath battle from the beginning. Skaar told the Times, “First they told me there were no records, which I knew was a lie because I helped make them.”

The air force seems determined to keep denying responsibility until the surviving vets die off and the lawsuit becomes moot. Meghan Brooks, a former Yale clinic member, told the Times, “The bunk science the air force was using was not just harming Mr. Skaar, but all the other Palomares veterans. Mr. Skaar really wanted to fight on behalf of others,” she said.

After Sgt. Skaar’s three decades of relentlessly filing Freedom of Information Act requests and repeatedly appealing FOIA denials, he and the Yale team finally broke through. In a Dec. 6, 2019 decision the appeals court granted class action status for some but not all the Palomares veterans. The court also found that Skaar could serve as “class representative” for as-yet-unnamed class members.

Class action status for Skaar and the other appellants “represents a major step forward for veterans with long-term health issues linked to toxic exposure in the service,” the Times reported on Feb. 11, 2020.

Then on Sept. 2, 2020, the court heard oral arguments in the case and accepted new evidence including a declaration by Dr. Murry Watnick, a former Strategic Air Command Medical Officer. (Full disclosure: Dr. Watnick is a longtime Nukewatch supporter and alerted us to the class action.) Part of Watnick’s affidavit notes that, “The amount of plutonium-239 released was estimated to be approximately 10 kilograms [22 lbs]. One microgram of plutonium-239 is extremely toxic. The estimated release was three billion micrograms.”

Plutonium’s chief danger is from inhalation, because its deadly alpha particles lodge in the lungs “bombarding the adjacent cells with highly toxic ionizing radiation,” Watnick wrote. Troops involved were exposed to “plutonium dust six to eight hours daily in an environment highly conducive to inhalation of alpha particles.”

The class action is focused on the VA’s denial of Mr. Skaar’s claim of service-related illness, and the military’s “arbitrary and capricious” use of inadequate radiation data which is based on shoddy methods of recording and maintaining urine samples taken from clean-up crew members. The veterans also challenge the VA’s omission of Palomares cleanup operations from its list of radiation risk activities. The appeal is currently ongoing.

John LaForge is a Co-director of Nukewatch, a peace and environmental justice group in Wisconsin, and edits its newsletter.

Headline photo: The casings of two B28 nuclear bombs involved in the Palomares incident, on display at the National Atomic Museum, in Albuquerque, NM., by Marshall Astor/Wikimedia Commons.

← Illegal and opposed
Let’s hear it for Granola Park! →

3 Comments on “When the US nuked Spain”