Why Bill Gates is wrong

Posted on March 14, 2021 by beyondnuclearinternational 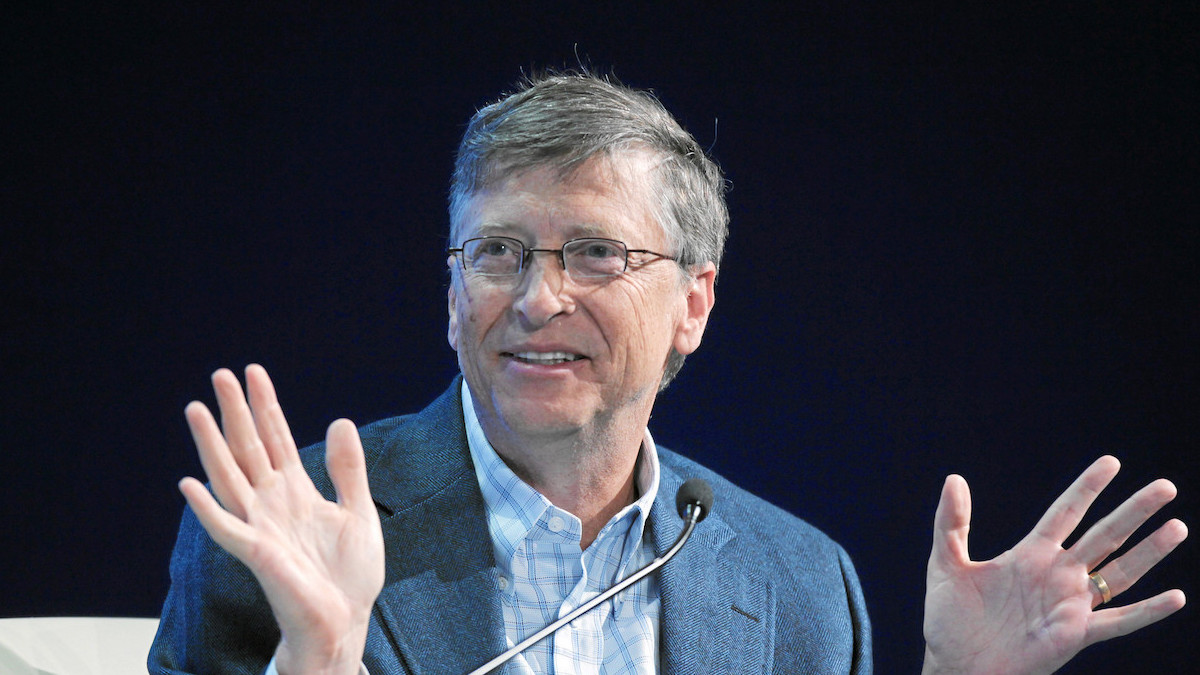 In an interview for the Washington Post Magazine during his current book tour, billionaire Bill Gates, whom we are now expected to accept as an authority on climate change, said: “I’ll be happy if TerraPower was a waste of money.” TerraPower is Gates’s nuclear power company pushing so-called “advanced” reactors. His book is called How to Avoid a Climate Disaster.

Well, Bill, I have some good news for you. You can start celebrating! Because, yes, TerraPower is indeed a colossal waste of money. It’s also a waste of precious time. And the idea that nuclear power could “lift billions out of poverty” as the TerraPower website boasts, is on a par with any number of outlandish theories, conspiratorial or otherwise, that are making the all too frequent rounds these days.

So has Gates really drunk the Kool-Aid (OK it wasn’t actually Kool-Aid but Flavor Aid that was consumed at the 1978 Jonestown massacre)? Does he really plan to throw away $1 billion of his own money, plus an equal match from investors and possibly some state funding, too, and then just shrug it off when the whole thing proves redundant? Is that really true stewardship of the climate?

You don’t need to be a mathematician to work out what $2 billion plus would buy in renewables, and how much faster that particular delivery would arrive at the doorsteps of the world’s poor, whom Gates claims he aims to protect.

Here are the prices that the eminent financial house Lazard calculated in 2019 for different ways to generate a megawatt-hour of electricity using new nuclear plants and other energy options, as laid out by Amory Lovins in his landmark Forbes article:

As Lovins has consistently pointed out: “To protect the climate, we must save the most carbon at the least cost and in the least time, counting all three variables—carbon and cost and time.”

Right now, a so-called “advanced” TerraPower reactor is just a glimmer in Gates’s eye. Like the prevailing fantasies about life on Mars, his toy reactor won’t materialize anywhere near soon enough to ease the agonies of the climate crisis. And even if it eventually shows up, and passes the necessary safety requirements, it will demonstrate only a triumph in physics, having by then no economical or practical utility whatsoever.

As the absence of progress on small modular reactors has shown, there is simply no viable market for new reactors, “advanced” or otherwise. Even the enticing prospect of rolling hundreds of small reactors off assembly lines (a jobs killer for on-site workers), is pie-in-the-sky, given the huge upfront costs that could never be recouped unless there were hundreds, possibly thousands, of orders.

To show just how detached from nuclear reality Bill Gates has become, he is happy to throw in the towel on TerraPower if fusion triumphs instead. Fusion, he says along with fission and “a miracle in storage” are the “only” ways to “make electricity cheap and reliable.”

Yes, this is the same fusion that has been thirty years away for countless decades. And still is. This is the fusion that uses more energy to create electricity than it delivers; that is sucking billions of dollars into research that could be applied to instant fixes in the renewable energy sector.

This is the same “cheap” that saw the costs at the two still unfinished new nuclear reactors in Georgia balloon to $21 billion in 2021, more than double the original cost and counting. And it’s the same “reliable” that resulted in Texans shivering in the dark during the recent big freeze (and no, it wasn’t frozen wind turbines, and I don’t have a fire-starting space laser, either).

There is a reason we are no longer searching for gold in them thar hills. We don’t need to waste years panning for a few elusive grams, hoping eventually to build a fortune. The Gold Rush is over. So, if there ever was one, is the Nuclear Rush.

Gates wants to save lives conquering malaria. But he’s fine with exposing people to radiation and leaving a legacy of toxic waste with no known solution.

Take a look around. In addition to the Vogtle debacle, a similar project in South Carolina was abandoned unfinished with ratepayers footing the bill. In the UK, Hitachi has fled for the Welsh hills, ditching its new reactor plans in that country. Before that, a proposed three-reactor site in Cumbria in north west England saw a similar corporate exodus. The new reactor at Bradwell, UK, is on “pause.”

Meanwhile, as nuclear costs — largely due to their equally huge risks — continue to soar, renewable prices are plummeting. Solar and wind are the cheapest and fastest forms of new energy. Nuclear power is the most expensive and the slowest. So if you choose to spend your next $2 billion on trying to invent the better nuclear mousetrap, then you are not helping to avoid a climate disaster. You are enabling it.

← A tempting target
The deterrence myth →

4 Comments on “Why Bill Gates is wrong”