What do we remember about Chernobyl?

Posted on April 25, 2021 by beyondnuclearinternational 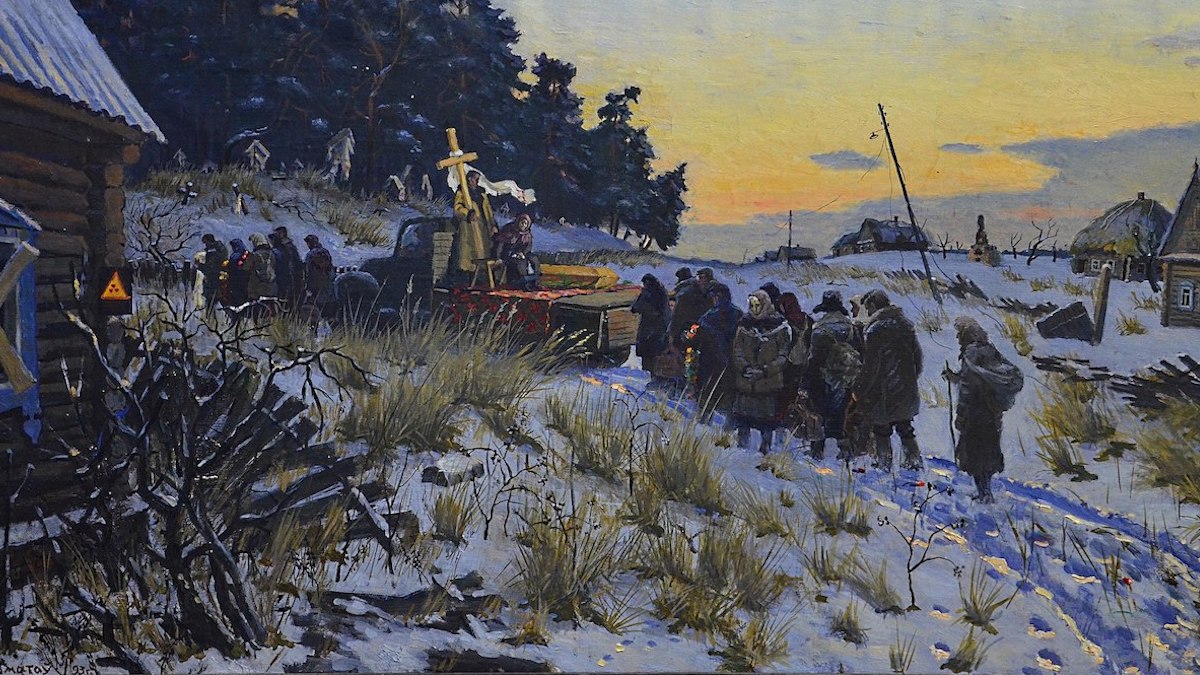 “Ordinary” people suffered “extraordinary” losses which should never be repeated

“I wanted the baby to be a token of our love…..

“We were expecting our first baby. My husband wanted a boy and I wanted a girl. The doctors urged me to have an abortion. ‘Your husband was in Chernobyl for a long time.’ He’s a truck driver, and he was called up to go there in the early days. He was transporting sand and concrete. I wouldn’t believe them. I didn’t want to. I had read in books that love conquers all. Even death.

“My little baby was stillborn, and lacking two fingers. A girl. I cried. ‘If she could at least have had all her pretty little fingers’. She was a girl after all.”

Chernobyl. We remember it now, 35 years later. And it was remembered then, in the 10 years after if happened, by the people to whom it happened. Because tragedies struck several million of what we call “ordinary” people. (In Ukraine alone, 1.8 million people have official status as victims of the Chernobyl disaster.)

But there was nothing “ordinary” about the Chernobyl ordeal or the people who experienced it. And they related those experiences, like the one above, to Belarusian journalist, Svetlana Alexievich, whose book of testimonials, Voices from Chernobyl (called Chernobyl Prayer in the UK), gives the lie to the Chernobyl deniers.

Some of those real people were liquidators, yes. And the problem that caused Chernobyl Unit 4 to explode was a technological one, compounded by human error.

“From up above, you could see everything. The ruined reactor, the mounds of building debris. And a gigantic number of tiny human figures. . . The little soldiers were running around in their rubber suits and rubber gloves. They looked so small seen from the sky.

“People look askance at us, fearfully.  Everybody is so used to the words ‘Chernobyl’, ‘Chernobyl children’, ‘Chernobyl evacuees’. ‘Chernobyl’: now that gets prefixed to everything about us. But you don’t know the first thing about us. You’re afraid of us. You run away. If we weren’t allowed out of here, if they put a police cordon round us, many of you would probably be relieved.”

Everybody is used to the word ‘Chernobyl’. But 35 years on, what has it come to mean? Is it a vague memory, or a learned piece of history? Dismissed as a nuclear error with few serious consequences, or a ghastly gift that keeps on giving?

In the introduction to Voices from Chernobyl, Alexievich reminds us that of the 50 million curies of radioactivity spewed into the atmosphere by the Chernobyl explosion, 70 per cent of it fell on her country, Belarus. “Twenty-three per cent of the country’s land became contaminated with levels above 1 Ci/km2 of caesium-137. For comparison, 4.8 per cent of Ukraine’s territory was affected and 0.5 per cent of Russia’s.”

The citizens of Belarus continue to live in that radioactive soup. As a result, wrote Alexievich, “every year Belarus sees a rise in the incidence of cancer, child mental retardation, neuropsychiatric disorders and genetic mutations.”

We can’t ignore this. We can’t dismiss it and accept the narrative lie that only a handful of liquidators died. And why are they an “only” anyway? They were lives that mattered, too, lives many of which were sacrificed to a horrific, agonizing end. They were loved by people. They should never be considered “only.”

Skewed statistics, conveniently manipulated by the bodies for whom the continued use of nuclear power is a priority and even a mandate — no matter what — numb the consciences of individuals within those organizations who ought to stand up and reject them.

2 Comments on “What do we remember about Chernobyl?”