Posted on May 30, 2021 by beyondnuclearinternational 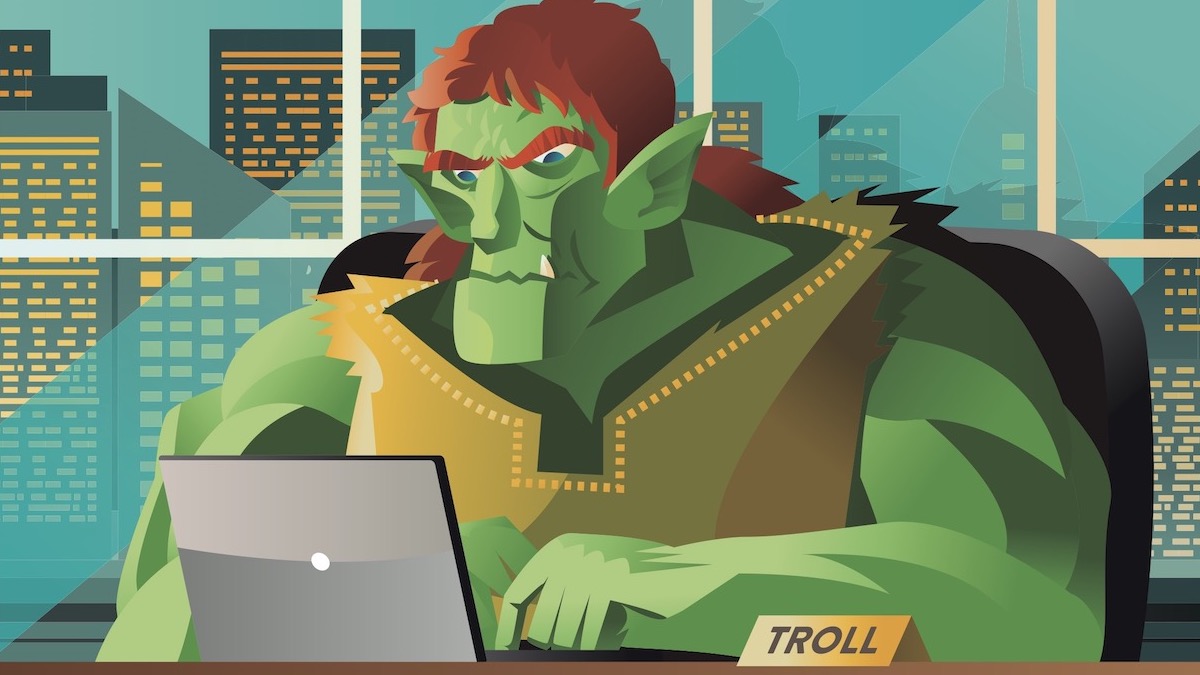 Nuclear trolls turn on the aggression as industry collapses around them

“My advice is to look out for engineers. They begin with sewing machines and end up with nuclear bombs.” Marcel Pagnol

My normal rule of thumb is to ignore the unrelenting pro-nuclear trolls who pepper our sites with incessant nay-saying and, occasionally ad hominem name-calling. After all, they have only one goal in mind — other than to get up one’s nose — which is to dominate and thereby control the narrative.

But recently, a recurring theme has emerged which needs addressing, because it speaks to who is allowed to talk about nuclear power.

In the view of the trolls, if you have no scientific credentials, you are unqualified to comment on nuclear power. In my case, because I have a degree in English literature, albeit garnered many decades ago, I have, according to the trolls, no authority to expound on the negatives of nuclear anything.

There are some rather obvious flaws in this argument, the first being that it pre-supposes the human brain is incapable of learning anything new after the age of 21.

But it also exemplifies the theme of a recent conference held virtually in Linz by three Austrian anti-nuclear groups which examined the “Atomic Lie.” How has this lie been perpetuated? Answer: by those who promote the nuclear power industry anointing themselves as the only authority deemed knowledgeable enough to either comment about it or make decisions on its use and safety.

What kind of a world will we end up with if, heaven forfend, we allow only engineers to decide what is in our best interest (with all due respect to my friends who are engineers and who, I suspect, would be the first to agree)? Hence the Pagnol quote at the top of this page.

This would mean, for example, that the Western Shoshone should have no say in the fate of the land in Nevada they steward, because nuclear engineers have decided it is perfectly alright to dig a big hole in the volcanic ground and bury nuclear waste there.

It would mean that Marshall Islanders should have nothing whatever to say about the generations of cancers and birth defects they have suffered as the unwilling guinea-pigs of atomic “testing,” because after all it was scientists who decided that it was perfectly alright to detonate 67 atomic bombs there and obliterate islands.

It rather reminds me of an attack years ago, in an earlier journalistic career, when I had written critically of the South African apartheid government and in support of African American tennis star Arthur Ashe’s call to his fellow players to boycott the country until Mandela and his comrades were freed. I was told at the time, by a particularly acerbic and unpleasant white South African tennis player, best left anonymous, that I had no business commenting on South Africa because I had never been there. (I since have; twice.)

What he was effectively saying, of course, is that human beings should have no right to think and learn for themselves. If you haven’t been to the Moon, you should not talk about its wonders. If you have never been to Gaza, don’t dare criticize the Israeli government or Hamas over the current conflict there.

This intent to dominate the narrative — in our case the nuclear power one — and silence critics, was aptly described by Arnie Gundersen in his presentation during the Linz conference. He talked about the origins of the nuclear cabal — under its alias, Atoms for Peace — in which its originator, President Dwight D. Eisenhower, described the program as solving “‘the fearful atomic dilemma’ by finding some way in which the ‘miraculous inventiveness of man’ ‘would not be dedicated to his death, but consecrated to his life'”.

Gundersen looked up the Oxford Dictionary definition of “consecrate” and found it to mean “to make sacred or declare sacred; dedicate formally to a religious or divine purpose.”

This nuclear priesthood into which believers were ordained did not welcome skeptics gladly, however. Quite the reverse. When Gundersen, a nuclear insider at the time, blew the whistle on a safety issue, he was told to his face that “in this business, you’re either with us or against us, and you just crossed the line.” He was not only fired but persecuted in further attempts to silence him.

Luckily for our movement, the nuclear inquisition was largely unsuccessful in this latter endeavor, but it came at a steep price for Gundersen and his family personally.

As evidenced by Gundersen’s experience, these attacks are by no means restricted to us “lay” advocates, but they have grown observably more vitriolic. This disturbing trend was flagged recently by Andy Stirling of the Science Policy Research Unit at the University of Sussex in the UK, responding to an aggressive critique of an article he co-authored in Nature Energy.

His detractor, Jeremy Gordon, “goes beyond pejorative labelling to actively ridicule any position not in-principle supportive of nuclear power,” Stirling wrote in a letter published in Nuclear Engineering International. “This is exemplified by Gordon’s intemperate ad hominem attack on my fellow author (the globally leading energy scholar Benjamin Sovacool).” Stirling concludes that it is “reasoned policy discourse that forms the lifeblood of democracy itself”.

We are a grand collective of experts. We do have scientists and engineers —Gundersen is one — to whom we can turn in order to unravel the deeper complexities of the workings of nuclear power plants or uranium mines or reprocessing facilities. But it is not the only dimension that matters. So we need Indigenous people, and writers, and lay advocates, and economists, and historians, and artists, and humanitarians to tell this story and set the agenda, too.

Even if it is rocket science, rocket scientists aren’t the only ones who count when decisions are made about whether to put missiles into space or send a nuclear-powered probe to Mars.

As Pagnol implied, when you leave it to the scientists and engineers, you get a Manhattan Project, where consciences pricked far too late. Imagine if humanitarian voices had held sway inside Los Alamos. Would things have turned out differently?

The Japanese mothers, evacuated from Fukushima, who shout on street corners through bullhorns about their experiences, warning Japan never to re-embrace nuclear power, don’t hold engineering degrees. But they know a lot more about the real, lived consequences of using nuclear power than any of the nuclear industry trolls.

Those voices of truth need to be heard, along with those who practice sound science and honest engineering and who are willing to call out the dangers, not control the lies.

It’s one thing to have command of the facts, which of course we must. But it’s another to accompany these with a hefty dose of integrity. And that’s what we are here for, even if we can quote Shakespeare while we are doing it.

Headline photo by By delcarmat/Shutterstock