Posted on June 20, 2021 by beyondnuclearinternational 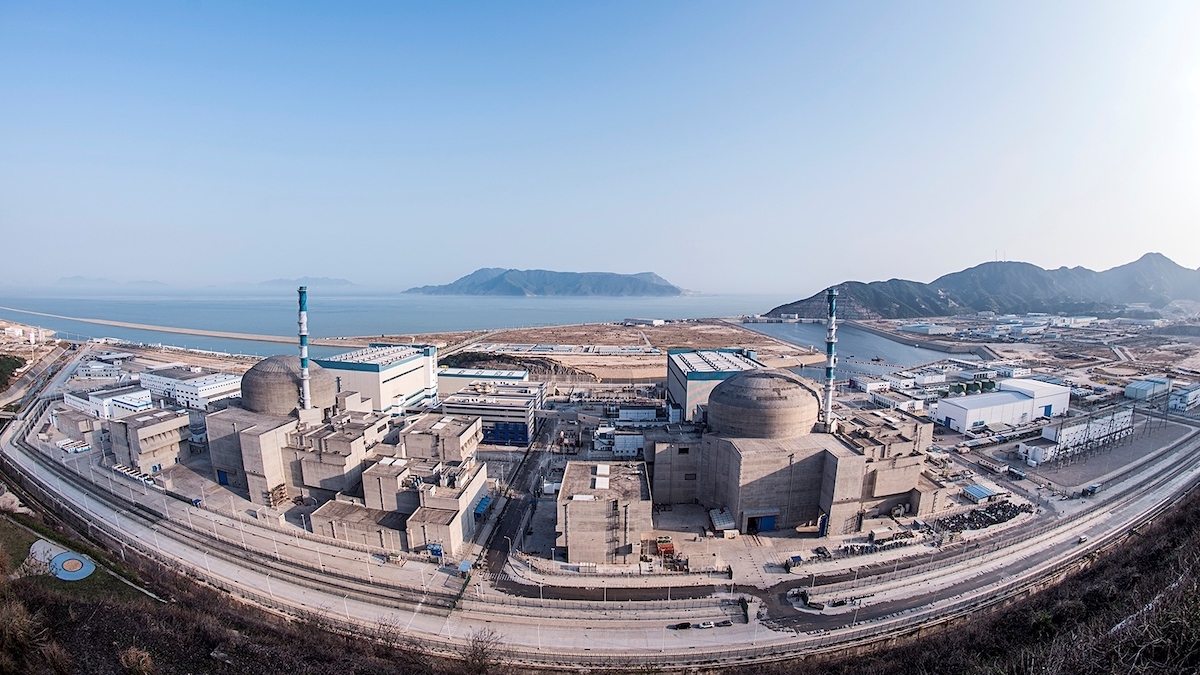 Update from Paul Gunter, Beyond Nuclear (6/24/2021): Taishan Unit 1 nuclear power station was the first French-designed European Pressurized Reactor (EPR) in the world to provide electricity, beginning in December 2019. After 19 months of operation, the reactor is experiencing structural failure in the first “defense-in-depth” barrier, the thin-walled steel tubes that clad 60,000 stacks of enriched uranium pellets. The cracking is releasing radioactivity from the uranium fission process into the reactor’s pressurized cooling water system. Apparently, the radioactivity is twice the technical specifications for operations per the reactor supplier, Framatome.  Technical specifications have a purpose for safety and operability. That Taishan is still operating raises questions about Électricité de France’s global marketing of nuclear power plants and China’s safety policy.

If the opacity maintained by the Chinese regime prevents us, for the time being, from knowing the exact consequences of the radioactive leak involving the EPR no.1 reactor at Taishan, revealed on June 14 by CNN, it is, on the other hand, already possible to see how this unfolded and to recommend some next steps.

The fault in the fuel duct seals inside the Taishan EPR dates back to October 2020, that is to say, it had already been going on for more than eight months: the operators of the reactor — the Chinese and the French company Framatome — were perfectly well aware of the gravity of the situation and had jointly decided to hide the existence of the problem from not only the surrounding population but also from the International Atomic Energy Agency.

Luckily, the information ended up seeping out via the American subsidiary of Framatome (Areva NP Inc.). This latter, likely after discussions with the CIA and the White House, happily informed CNN.

Indeed, now that the situation at the EPR at Taishan is known around the world, it will be difficult for the Chinese to continue to operate the reactor under conditions that are most likely beyond its “scope of authorized operational safety” — contrary to what Framatome claims in order not to offend the Chinese.

It is widely known publicly that China and the USA, the two biggest global powers, are huge geopolitical and economic rivals. It is clear that if the Taishan 1 EPR, and perhaps its twin, Taishan 2, must be shut down for an extended period, this will be an inconvenience for China, which occasionally lacks electricity in this region. Hence the guilty pleasure felt by the Americans in revealing the problem.

But this will still remain only a limited problem for China where, contrary to what one sometimes reads or hears, nuclear power is a marginal energy source, consisting of less than 1% of the country’s energy consumption.

On the other hand, it is quite possible that the French nuclear industry will be the big loser in this affair, one that could represent a fatal blow for EDF’s EPR construction projects in France and overseas. Indeed, given that the EPR construction sites managed by the French — Areva in Finland, EDF in France and Great Britain — are veritable industrial and financial disasters, the promoters of the EPR reactor have been desperately clinging to the “good Chinese example”.

That is because the two EPRs at Taishan were built and brought on line (in December 2018 and September 2019 respectively) with “only” a few years delay and the cost overruns were officially limited to a few billion (according to China which, one must remember, is a dictatorship where “information” is totally controlled).

The situation currently unfolding in China demonstrates that, despite the alleged prowess of the Chinese nucleocrats, the Taishan EPRs are not going any better than those the French are trying desperately to build. This event will certainly sow enormous doubt among the few foreign leaders who are still considering ordering EPR reactors, despite all their setbacks. It is surely the straw that broke the camel’s back, or rather the radioactive leak that caused the (defective) EPR containment to overflow.

Headline photo of Taishan 1 and 2 by EDF/Wikimedia Commons.

Stéphane Lhomme is a longtime French anti-nuclear campaigner and runs the anti-nuclear network, Nuclear Observatory (Observatoire Du Nucléaire). This article was translated from the original French and published with permission.

3 Comments on “The Taishan death blow”