Posted on February 20, 2022 by beyondnuclearinternational 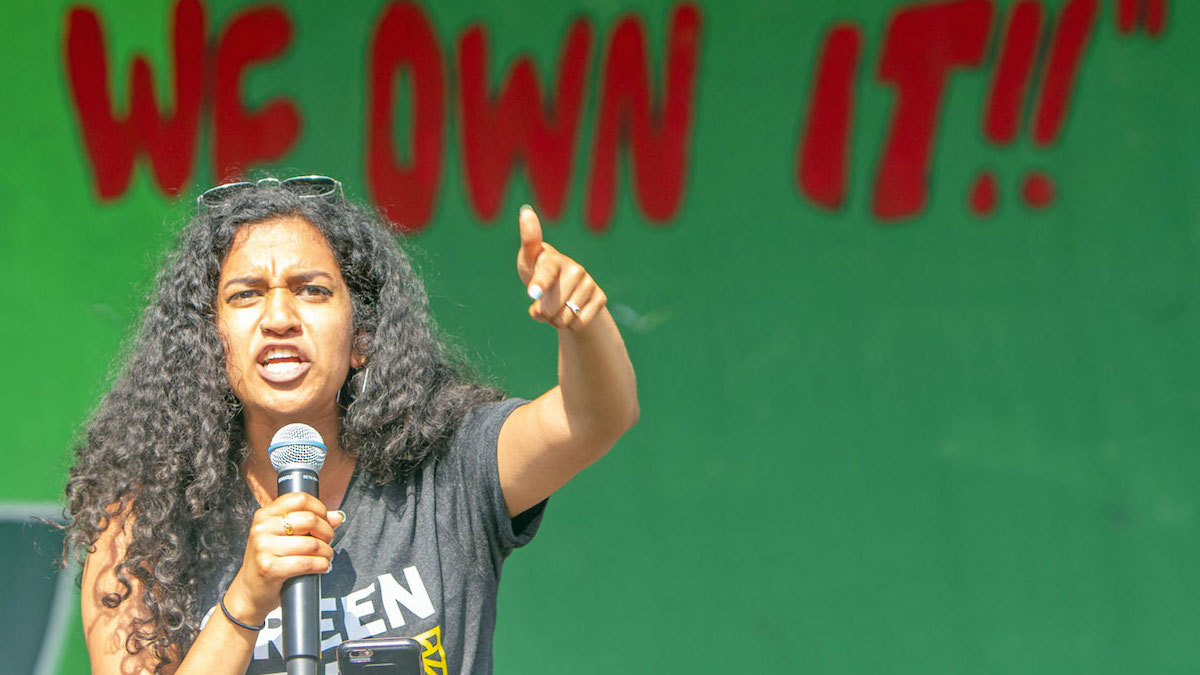 Note: On February 11, 2022, the U.S. Department of Energy issued a press release full of false rhetoric, claiming that an injection of $6 billion under the Department’s Civil Nuclear Credit Program would end the shutdown of the country’s aging reactors because this has “led to an increase in carbon emissions in those regions, poorer air quality, and the loss of thousands of high-paying jobs“.

Energy Secretary, Jennifer Granholm, compounded that mythology by repeating the nuclear propaganda line, unfounded in empirical data, that “U.S. nuclear power plants are essential to achieving President Biden’s climate goals”. In reality, diverting such sums to shore up old plants will significantly hinder and damage Biden’s climate plans. Last month, we endeavored to set the record straight in an article published by Truthout. It is reproduced below.

We should note that while the statement from the Sunrise Movement reflects an apparent support of the DOE position to keep existing nuclear power plants running, they are on record as being opposed to new nuclear in the Green New Deal. However, efforts to contact the group to clarify their position have received no response. Beyond Nuclear will continue to outreach to the Sunrise Movement on this.

Amid rising public outcry over government inaction toward the climate crisis, the nuclear power industry has attempted to advertise itself as “zero emissions,” “carbon-free” and even “renewable” in order to convince politicians and the public that it is essential to solving this world-historical disaster.

However, nuclear power is none of these things, and it in fact stands in the way of achieving an ecologically just society.

Unfortunately, a persistent and widespread public relations campaign by the nuclear power industry is endeavoring to convince some in the climate movement, as well as prominent Democrats in Congress, that nuclear energy has a role to play.

For example, after we checked in recently with the Sunrise Movement, the leading youth climate lobbying group on Capitol Hill, to see where the group stands on nuclear power, a volunteer signing his name “Josh” wrote to my organization, Beyond Nuclear, in an email that, “We don’t think shutting down existing [nuclear] plants makes much sense.” It’s not clear if this is a shift in Sunrise’s official position, since it contradicts the views on nuclear power in a position paper targeted at U.S. representatives that it signed onto in 2019, but, if so, we’ll be working to shift it.

This mythmaking had apparently infiltrated those backing the Green New Deal (GND) in 2019, when Rep. Alexandra Ocasio-Cortez (AOC) said she was happy to leave “the door open on nuclear.”

What AOC, Sunrise, and others may have overlooked is that nuclear power violates the very cornerstone of the GND: a “Just Transition.” Supporting existing nuclear power operation ignores the fact that currently operating U.S. reactors still have to run on fuel manufactured almost entirely from imported uranium — predominantly from Canada and Kazakhstan — often mined by Indigenous peoples. The radioactive detritus left behind by uranium mining and milling has decimated these and other Indigenous communities around the world. These operations, often conducted by foreign corporations, perpetuate racist colonialism.

Choosing to keep nuclear plants running means continued generation of lethal high-level radioactive waste, which is invariably targeted at frontline communities. For example, the proposed but now-canceled deep geological repository site at Yucca Mountain in Nevada is on Western Shoshone land. Two U.S. sites currently identified for “temporary” dumps in Texas and New Mexico have significant low-income and Latinx populations. The Goshute’s Skull Valley Indian Reservation in Utah was chosen but also defeated. (All of these sites were, or are, opposed not only by residents but by their political leadership.)

Numerous studies have shown that nuclear power plant operation causes increased rates of leukemia in children living nearby. Keeping nuclear plants operating also runs the incalculable risk of accident or sabotage with consequences that will last for decades or millennia and which violate human rights.

Accepting nuclear power as part of a GND would sabotage success on climate and undermine its first pillar: to adhere to the fundamental tenets of environmental justice.

Embracing or remaining agnostic on nuclear power may also delay the transition to renewables, as running these power plants requires subsidies, starving renewables of funding. There are now even efforts to include nuclear power in state Renewable Energy Portfolios — designed to increase a state’s percentage of electricity generation from renewable energy sources — which will divert available funds away from renewables and to a financially failing industry that is far from “renewable.” Renewables will reduce more carbon emissions faster and for less cost than other energy choices, especially nuclear. Propping up unreliable, financially failing nuclear power plants impedes progress on climate change and is counter-productive to the goals of the GND.

According to the International Energy Agency, “By 2026, global renewable electricity capacity is forecast to rise more than 60% from 2020 levels to over 4 800 GW — equivalent to the current total global power capacity of fossil fuels and nuclear combined.” It makes no sense to cut this industry off at the knees in favor of nuclear energy.

Sound energy policy does not mean an “all-of-the-above” option. Choosing to continue with nuclear “cancels out” renewables (and vice versa). After examining datasets for 123 countries over 25 years, researchers found that countries choosing to keep nuclear power going are slower and less effective at meeting carbon reduction goals than those that choose renewables.

The configuration of electricity transmission and distribution systems that optimizes a grid structure for larger-scale centralized power production, such as conventional nuclear, will also make it more challenging, time-consuming and costly to introduce small-scale distributed renewable power.

We should also push back against the argument that closing nuclear power plants would necessarily mean bringing on more fossil fuels. For example, New York State is on target to meet its 100 percent zero carbon by 2040 climate goals, despite closing its Indian Point 2 and 3 reactors in 2020 and 2021. This is due to political foresight and planning which saw New York enact “ambitious climate and clean energy legislation” in 2019, which will achieve these goals regardless of a nuclear shutdown, according to the Natural Resources Defense Council.

Any decision to replace closed nuclear power plants with fracked gas is “not fate but choice,” writes Amory Lovins, now adjunct professor of civil and environmental engineering at Stanford University. That choice is political, not technological, often a “tactic to extort subsidies by making closure more disruptive,” allowing fracked gas to fill a short-term need. As the prices of renewable energy continue to fall, it will take an ever-greater share of the electricity market. But it is also up to political leaders to make the choice to switch to renewable energy rather than persist with fossil fuels.

Those in positions of power with a chance to get carbon reductions right before it’s too late should not continue to fall prey to the politically motivated and corporate profit-driven delusion that closing nuclear power plants is bad for climate mitigation.

This article was first published by Truthout and is republished here by kind permission of the editors.

← Time is running out
Stranded in Vladivostok →

2 Comments on “Captured by climate propaganda”