Posted on March 27, 2022 by beyondnuclearinternational 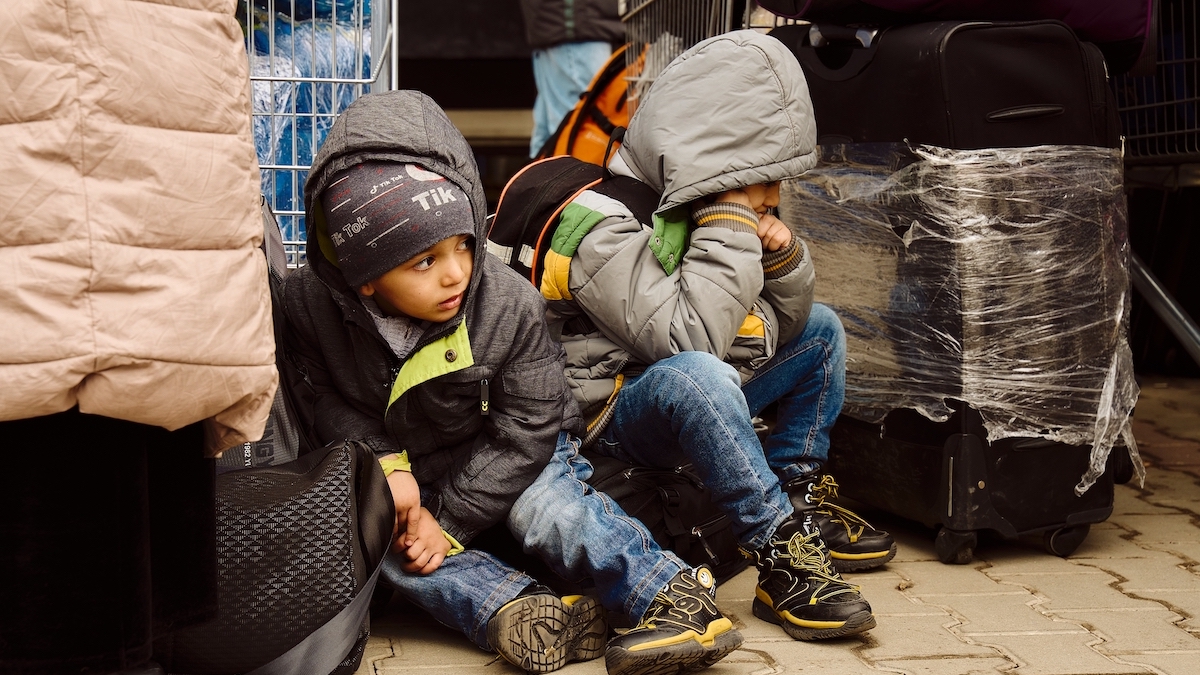 In late February, as his invasion of Ukraine became bogged down, Vladimir Putin announced that Russia’s nuclear forces had been put on ‘special alert’. This posturing is familiar in wargame scenarios. It frequently ends with nuclear weapons being launched.

So, how did we get back to believing that nuclear war is possible? Why didn’t ‘nuclear deterrence’ stop this from happening? And what comes next?

The first thing to understand is that deterrence is a routine part of most defence strategies. Deterrence is a relationship, not some magical property attached to nuclear bombs. Communications are key to the success or failure of any deterrence strategy; no matter what threats or weapons are being brandished, deterrence fails when one or more protagonists miscalculate or misunderstand either the situation, the signals or the intentions of other parties. ​​Relying on nuclear weapons, however, is a gamble that risks destroying the whole world.

Nuclear weapons and threats were embedded in the military policies of Russia and NATO in the 1950s. From ‘mutual assured destruction’ theories to escalatory war-fighting deployments in the 1980s, nuclear-related dangers and fears have driven proliferation and caused insecurity around the world. Back in 1995, when the majority of nations in the Non-Proliferation Treaty made clear that achieving nuclear disarmament was central to preventing further proliferation, Daniel Ellsberg, the former US military analyst responsible for exposing the Pentagon Papers, criticised the nuclear-armed leaders for using atomic weapons like robbers use guns when they enter a bank to steal and hold people hostage. This is the nuclear weapon ‘use’ that underpins nuclear deterrence theories.

Some 27 years later, claiming defence and deterrence justifications, Putin invaded Ukraine with big guns and missiles. As the invasion began, on 24 February, some 900 of Russia’s 5,900 nuclear weapons – and a similar number of US, British and French nuclear forces assigned to NATO – were on ‘prompt-launch’ (high-alert) status.

Putin was not deterred from going to war, because he calculated that NATO would hold back. Yet he completely miscalculated the courage of Ukraine’s people, who came together to resist his invasion with everything they had. While his troops became bogged down fighting in Ukraine, some brave Russians expressed opposition to the war in the streets and on TV. Putin’s response was to escalate operations, with intensified attacks on Ukraine’s civilians and cities using a murderous arsenal of so-called ‘conventional’ explosive weapons.

On 27 February, a flailing Putin publicly announced that he had put Russia’s nuclear ‘deterrents’ on ‘special alert’. This was a desperate signal, in view of the fact that so many nuclear weapons on both sides of the conflict were already physically held on prompt-launch high alert.

Far from deterring war, nuclear possession encourages reckless military behaviour that ignores real-world dangers and enables certain leaders to believe they can deter others while enjoying freedom of action and impunity for themselves. Tony Blair’s memoirs confirmed this, with regard to his decision to take Britain into the illegal war on Iraq in 2003.

Women all over the world know that weapons-dependent men in our governments and on our streets endanger our safety, security and human rights – as is happening right now. Ukraine’s mothers and children are joining the millions of displaced, desperate refugees from other nations, such as Syria and Afghanistan, which have also been torn apart by wars in recent decades, while Europeans were being smugly assured that ‘our’ nuclear weapons were keeping the peace.

Portrayed by proponents as the glue that holds NATO together, nuclear armaments have for far too long been treated as magical objects that confer power, status, safety and impunity. This propaganda has been absorbed into societies through networks of military, industrial, bureaucratic and academic institutions with personal and political vested interests.

Historical evidence belies this pro-nuclear propaganda. Nuclear weapons do not deter war or make life safer or more peaceful. Russian and American analysts, including nuclear missile operators, agree on this. There have been many near-misses since the 1962 Cuban Missile Crisis. Even the smallest so-called ‘tactical’ nuclear threat could have massive humanitarian consequences. Now, further miscalculations by Putin and NATO could lead to nuclear war, putting the survival of the whole planet at risk.

Deterrence theories rely on assumptions that a nuclear-armed leader would not destroy self or country. Beguiled by their constructs of rational political leaders, numbers and games, these theories ignored history and how certain patriarchal men behave when they fear they might be humiliated. Think not only about the massacres committed by Hitler and Stalin, but also the daily news reports of men who kill their partners, children and parents.

Nuclear war is the ultimate in ‘murder-suicide’ crimes, but deterrence theories fail to factor in how narcissistic leaders armed with nuclear weapons may choose to blot out future possibilities that their egos refuse to face. These are the reasons why Russia’s nuclear forces enabled Putin to invade Ukraine, while nuclear-armed NATO failed to deter.

What needs to change

This war has finally stripped nuclear deterrence delusions bare. This is not a war game or a movie. This is real life, with real mistakes and terrible humanitarian consequences.

Forward-looking diplomacy can end this war and prevent the next one. Ukraine needs a ceasefire to be imposed immediately, and upheld, implemented and monitored by regional and international institutions.

Negotiations that include skilled and experienced women at all levels are necessary to bring new ideas and approaches to address the causes of this conflict and build sustainable peace and security arrangements. Lessons need to be learned, and steps taken to prevent the use of missiles and explosive weapons in populated areas.

All nuclear forces need to be physically de-alerted as a matter of urgency. Putin, NATO heads and the other nuclear-armed leaders must pledge publicly that they will not attack nuclear sites or use nuclear weapons under any circumstances. Then, as a matter of urgency, everyone needs to reinvigorate nuclear disarmament efforts, and get rid of the nuclear posturing, mindsets and technologies that sustain and deliver these weapons of mass annihilation.

The unprecedented climate crisis, escalating wars and nuclear threats, demonstrate unequivocally that making the United Nations fit for purpose is a vital imperative for all 193 countries and their people. The power to block collective decisions must be taken out of the hands of governments that wield nuclear weapons and maintain high greenhouse gas emissions. More credible leadership is already coming from non-nuclear governments that take seriously the 21st century’s existential dangers, and are willing to work together to build and implement cooperative security agreements and arrangements in accordance with international humanitarian law.

The government of Austria has just announced that the first implementation meeting for the 2017 Treaty on the Prohibition of Nuclear Weapons (TPNW) will be held in June 2022 in Vienna. Brought into legal force in 2021 after years of discussions on nuclear risks, deterrence miscalculations and humanitarian and climate impacts of nuclear use and war, this new UN treaty bans the possession, production, deployment and use of nuclear weapons and requires their complete and verified elimination.

By invading Ukraine and playing his nuclear card, Putin has clearly demonstrated why nuclear weapons are not just morally wrong, but unequivocally wrong for defence, deterrence and real security. Responsible nuclear-armed states must now step forward and contribute to developing the nuclear disarmament and security institutions and verification that our world needs now and for the future.

This article was originally published on opendemocracy.net and is licensed under the Creative Commons.

Dr Rebecca Eleanor Johnson is a long-time ecofeminist peace activist, and author of a major new report titled ’Nuclear weapons are banned: what does this mean for Britain?’, which is available here.