Posted on April 3, 2022 by beyondnuclearinternational 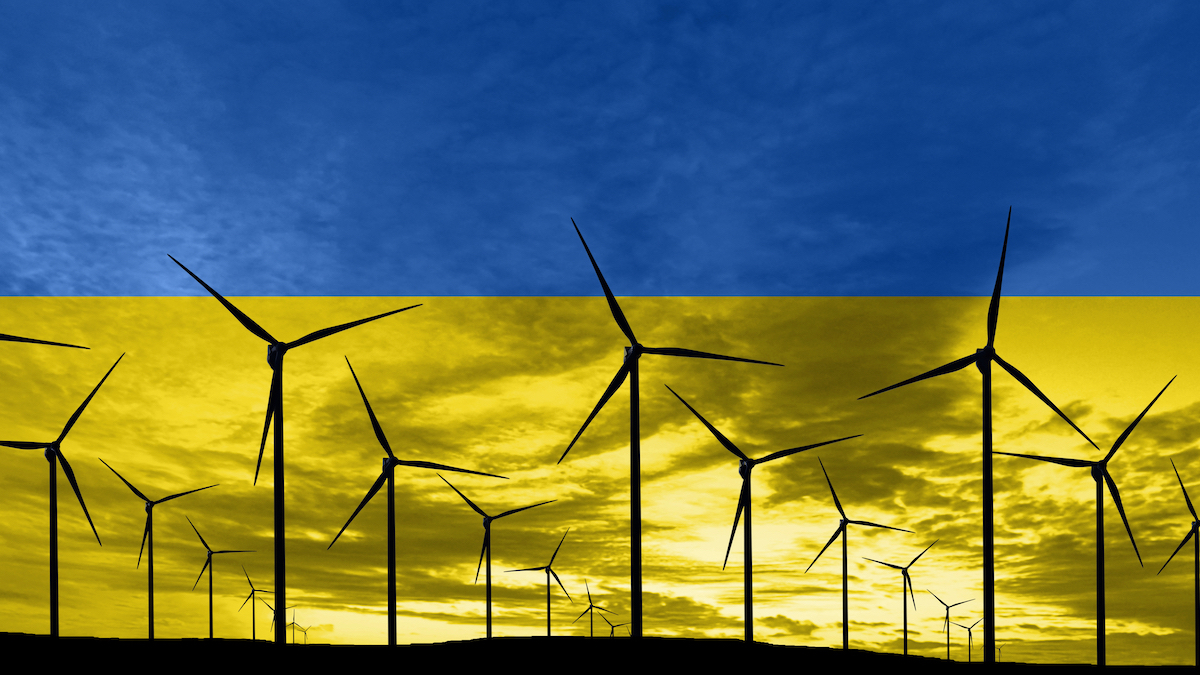 Half of Ukraine’s renewable energy facilities threatened with destruction

“Due to the Russian war against Ukraine, half of the RES (Renewable Energy Source) facilities are threatened with complete or partial destruction,” wrote the Ukraine Association of Renewable Energy on its website earlier last month.

Ukraine was, said the Association, starting to make good inroads on renewable energy, with installed capacity “at 9.5 GW as of the beginning of 2022” and a “total investment in the industry [of] more than $ 12 billion”.

But now, warns the agency, “Ukraine’s renewable energy facilities are also at high risk of total or partial destruction. 47% of the installed capacity of renewable energy power plants is located in the regions where active hostilities are taking place.”

Most notably, at least “89% of the wind farms capacity is located in areas where active hostilities are currently underway,” including around Zaporizhzhia, Kherson, Mykolaiv, and Odesa.

Zaporizhzhia is of course also the site of the country’s largest, six-reactor nuclear power plant that has already been attacked — and is occupied — by Russian forces.

Ukraine’s renewable energy progress could be — literally — pulverized in a matter of weeks.

Meanwhile, countries such as Belgium are using the potential shortage of fossil fuels during the Ukraine crisis, to explore extending the operating life of its last two nuclear reactors until 2035, delaying its nuclear phaseout by 10 more years.

However, the plan is by no means secure, with even reactor owner Engie, complaining that such an extension would create “significant safety, regulatory and implementation constraints”.

Belgium’s prime minister, Alexander De Croo, also said that Belgium would seek to accelerate its transition to renewable energy with an investment of $1.1 billion euros on renewables. Belgium also plans to pump 100 million euros into small modular nuclear reactor development over the next four years.

British prime minister, Boris Johnson, has been crowing about a ramping up of the nuclear capacity share in the UK to 25%, as his response to the war in Ukraine, even though planned new nuclear power plants there have been falling by the wayside and only two (French) reactors are currently under construction.

“He’s ramped up his position on nuclear, and at the same time he’s seeking to lower any environmental checks on building new nuclear,” Dr Paul Dorfman, an associate fellow at the University of Sussex’s Science Policy Research Unit and chair of the Nuclear Consulting Group, told The National. “And yes, he has used the Russian invasion of Ukraine as an excuse to do that.”

None of this makes any sense, of course, because ramping up renewables instead would be cheaper even than keeping existing nuclear power plants running — and far cheaper and faster than building new ones.

Ukraine, like Belgium, is reliant on nuclear power for 50% of its electricity, an energy plan that is now costing both countries dearly as they lack a substantial renewable energy program to fall back on.

It’s a mistake shared by other European countries that could have developed a robust, secure and truly independent energy sector based on renewables far sooner.

This would also have been cheaper, safer, and far better for the climate.

There is nothing particularly secure or independent about nuclear power, given that it relies on uranium fuel that most nuclear power countries must import. For example, almost 50% of US uranium reactor fuel comes from Russia or is controlled by that country when originating in Kazakhstan and Uzbekistan. Niger exports to France. Australia, Canada and Kazakhstan are also leading uranium exporters.

With a fully-fledged renewable energy program in place, countries in Europe and elsewhere, now panicking over gas shortages, would not even be using fossil fuels anymore let alone be making the irrational decision to increase or perpetuate their use of nuclear power.

But even as the crisis forces countries to realize that their commitment to renewable energy was always too little too late, it is still the right choice to make, rather than using the war as an excuse to perpetuate and expand the use of nuclear power.

As Amory Lovins has pointed out, “Current reactors cost more to run than providing the same services by building and operating new renewables, or by using electricity more efficiently.”

Energy efficiency is vastly under-rated as a climate solution and a far cheaper one even than renewables and certainly than nuclear. “Closing a top-quartile-cost nuclear plant and buying efficiency instead, would save considerably more carbon than continuing to run the nuclear plant,” points out Lovins.

So even in the current panic, Belgium and others would be better off accelerating their renewable energy programs rather than propping up old, dangerous nuclear power plants.

Despite all the propaganda that continually seeks to vilify Germany’s decision to close its nuclear plants, that country remains on its trajectory to reach its climate neutrality targets on time. In fact, it was the anti-nuclear movement in Germany that helped make way for Germany’s renewable energy development in the first place.

Germany’s answer to the ban on Russian gas and the cancelation of Nord Stream is to embark on a renewed expansion of renewable energy to fill the gap, recognizing the mistakes made late in the previous government when support for renewables was reduced, allowing the renewables market to crash. The German government will introduce legislation to require nearly 100 percent renewable electricity by 2035, on target to meet its 2045 net zero goal.

You would think, though, that the most convincing optic of the entire invasion, when it comes to decisions about energy choices, would have been the attack on the Zaporizhzhia nuclear power plant, when we saw the site shelled and fire break out — luckily, this time, not in a radioactive area of the facility.

The collective ringing of hands and extreme — and totally justifiable — fears about the possible consequences of an attack on a Ukrainian reactor, laid bare the enormous gamble taken in persisting with this highly dangerous technology.

Reactors in a war zone is an unprecedented situation. The risks are now obvious to all. Why, then, is more —or extended — use of nuclear power the go-to position of countries like France, Belgium and the UK?

The Chornobyl nuclear disaster also began with human error, something that can never be ruled out even on a good day. So did Three Mile Island. Responsibility and blame for the Fukushima nuclear disaster was laid firmly at the feet of the utility, the regulator and the government. The tsunami could have been protected for. For economic reasons alone, it wasn’t. That was deliberate human error.

The energy economics in Ukraine are now in crisis along with the country. According to the Ukraine Association of Renewable Energy, “Total investments in the Ukrainian RES sector over the last 10 years amount to $12 billion.” Under the Russian invasion, “assets worth more than $5.6 billion in capital investment are currently in active hostilities regions,” it says. “More than $ 3.6 billion in capital investment is in the regions adjacent to the areas where active hostilities are taking place.”

Writes Haley Zaremba in Oil Price: “Together, these assets represent the majority of Ukraine’s entire renewables industry and could bring Ukraine’s budding energy transition back to square one.”

Turning to nuclear power as a response to a war that exposes the extreme vulnerability of nuclear power plants puts us even further back than square one. It could mean a disaster on a scale never seen before, dwarfing the 1986 Chornobyl catastrophe. Given the cheaper, faster, safer and more climate-effective alternatives at our disposal, why on earth would we risk that?