A big win for Yeelirrie

Posted on June 26, 2022 by beyondnuclearinternational 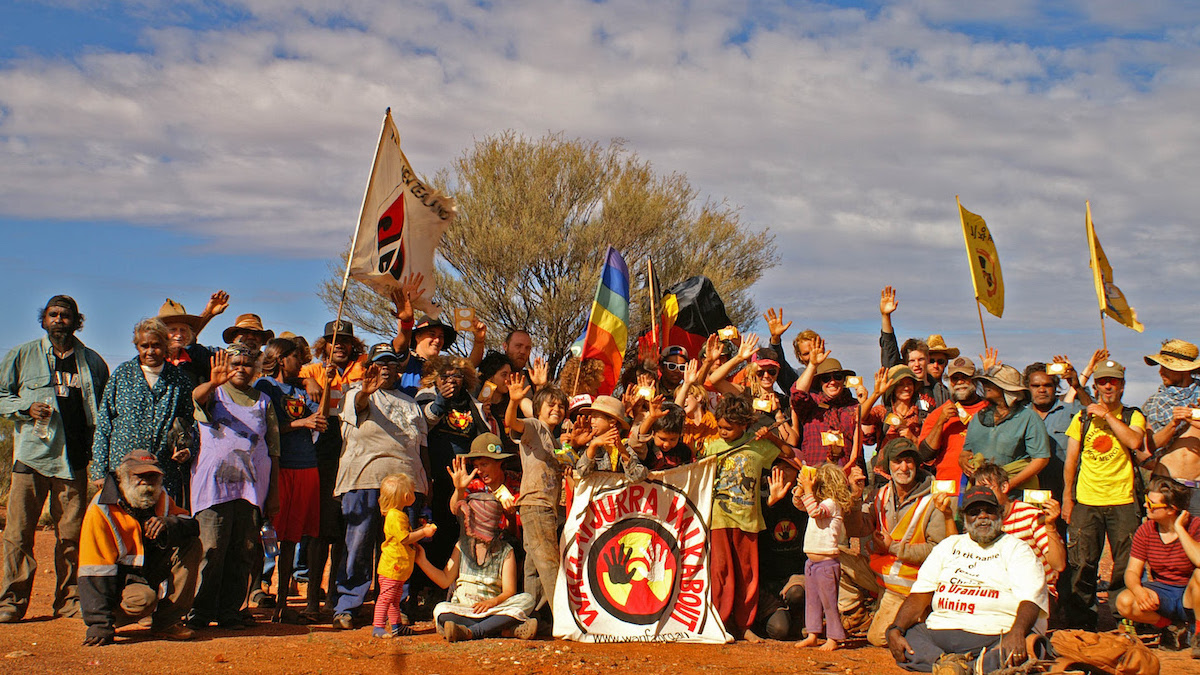 On April 6, we celebrated a huge step forward in our sustained campaign to keep the door closed to uranium mining in Yeelirrie.

The Minister for Environment has rejected an application by the Canadian mining company Cameco to extend their environmental approval for the Yeelirrie uranium mine.

The approval was controversially granted in 2017 in the dying days of the Barnett government and required Cameco to commence mining within five years. They have failed to do this and now they have failed in their bid to have this time extended.

This is a huge win for the local area, the communities nearby and for life itself. The special and unique lives of the smallest of creatures, endemic subterranean fauna found nowhere else on earth, would have most likely been made extinct had this project gone ahead, according to the WA EPA.

For over five decades Traditional Custodians from the Yeelirrie area have fought to protect their Country and community from uranium mining. Over this time they have stood up and overcome three major multinational mining companies – WMC, BHP and now Cameco.

We have stood united with communities to say no to uranium mining and this consistent rejection of the nuclear industry in WA has helped secure the sensible decision to not extend the approval.

“It is possible to stand up to multinational companies and stop major mining projects from destroying sacred lands and environments – we do that from a base of strength in unity and purpose, from persistent and consistent actions and most of all perseverance against all odds to stand up for what is right …” – Kado Muir, Tjiwarl Traditional Custodian.

And this couldn’t have happened without you. Hundreds of supporters like you have spent time on country with Traditional Custodians – listening, walking, connecting with country and standing up for a nuclear free future. Traditional Custodians, unions, faith groups, health groups, environmental groups, the WA and Australian Greens and WA Labor – we’ve all had a big part to play.

Thank you to everyone who has stood up, spoken out, donated, walked, written letters, signed petitions and online actions, bought artwork and t-shirts, volunteered, and organised to say no to uranium mining.

The campaign to protect Yeelirrie is not entirely over. While the approvals can’t be acted on currently, they do still exist, and an amendment could be made by a future government giving Cameco the greenlight to mine.

This is why we are now calling on the State Government to withdraw approvals for Yeelirrie along with expired approvals for Cameco’s Pilbara proposal at Kintyre and Toro Energy’s Wiluna uranium proposal. Doing this would be consistent with WA Labor’s policy and community expectations and – as Vicki Abdullah says – is the next step to a lasting solution.

“We’re really glad to hear the news that Yeelirrie’s approval has not been extended. It was a bad decision in the first place and after years in court and fighting to defend our country this news is a great relief. We will really celebrate properly when this government withdraws approvals altogether and then we can have more confidence the threat is over…” – Vicki Abdullah, Tjiwarl Traditional Custodian.

We will keep you updated over the coming weeks. In the meantime, you can continue to support the campaign in a number of ways:

This news shows that the things we care about matter and the actions we take count – and we are stronger together.

This article is a statement issued by the Conservation Council of Western Australia.

2 Comments on “A big win for Yeelirrie”