Posted on September 18, 2022 by beyondnuclearinternational 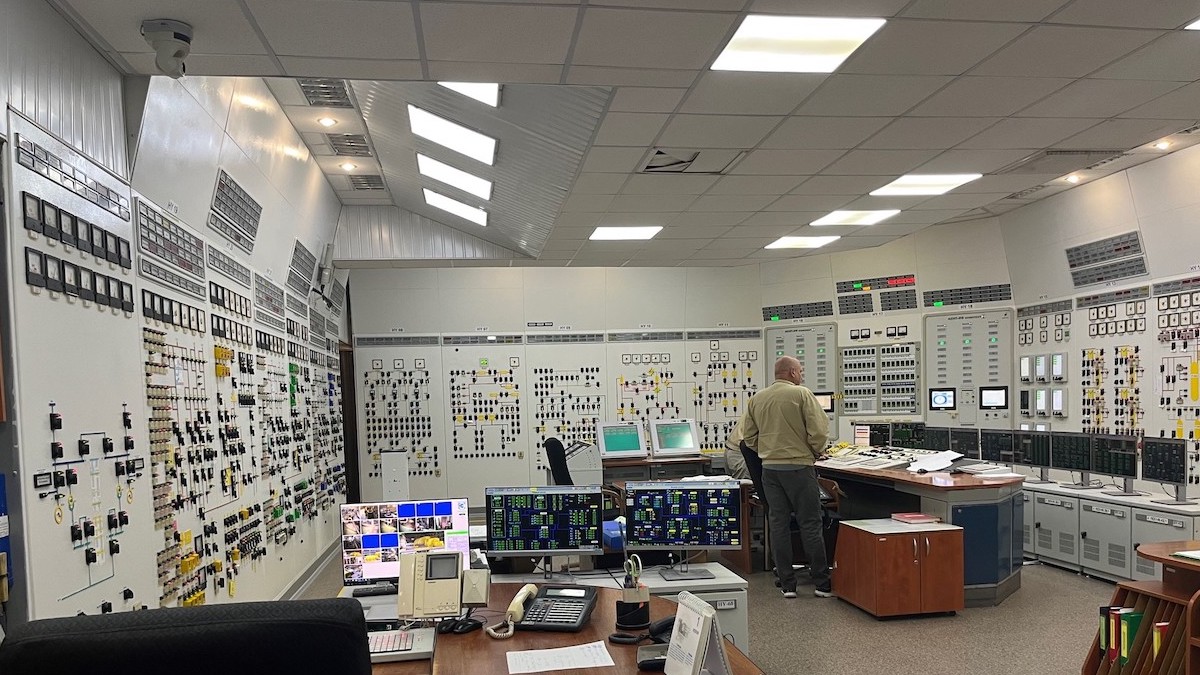 Energoatom, operator of the Zaporizhzhia Nuclear Power Plant in the Ukrainian city of Enerhodar, announced on Sept. 11, 2022, that it was shutting down the last operating reactor of the plant’s six reactors, reactor No. 6. The operators have put the reactor in cold shutdown to minimize the risk of a radiation leak from combat in the area around the nuclear power plant.

The Conversation asked Najmedin Meshkati, a professor and nuclear safety expert at the University of Southern California, to explain cold shutdown, what it means for the safety of the nuclear power plant, and the ongoing risks to the plant’s spent fuel, which is uranium that has been largely but not completely depleted by the fission reaction that drives nuclear power plants.

What does it mean to have a nuclear reactor in cold shutdown?

When the reactor is operating, it requires cooling to absorb the heat and keep the fuel rods from melting together, which would set off a catastrophic chain reaction. When a reactor is in cold shutdown, it no longer needs the same level of circulation. The Zaporizhzhia Nuclear Power Plant uses pressurized water reactors.

How does being in cold shutdown improve the plant’s safety?

The shutdown has removed a huge element of risk. The Zaporizhzhia Nuclear Power Plant is a pressurized water reactor. These reactors need constant cooling, and the cooling pumps are gigantic, powerful, electricity-guzzling machines.

Cold shutdown is the state in which you do not need to constantly run the primary cooling pumps at the same level to circulate the cooling water in the primary cooling loop. The International Atomic Energy Agency (IAEA) has reported that reactor No. 6 is now in a cold shutdown state like the facility’s five other reactors, and will require less power for cooling. Now, at least if the plant loses offsite power, the operators won’t have to worry about cooling an operating reactor with cranky diesel generators.

And by shutting down reactor No. 6, the plant operators can be relieved of a considerable amount of their workload monitoring the reactors amid the ongoing uncertainties around the site. This substantially reduced the potential for human error.

The operators’ jobs are likely to be much less demanding and stressful now than before. However, they still need to constantly monitor the status of the shutdown reactors and the spent fuel pools.

What are the risks from the spent fuel at the plant?

One more important factor is that the spent fuel storage racks in the spent fuel pools at the Zaporizhzhia Nuclear Power Plant were compacted to increase capacity, according to a 2017 Ukrainian government report to the IAEA. The greater number and more compacted the stored spent fuel rods, the more heat they generate and so more power is needed to cool them.

There is also a dry spent fuel storage facility at the plant. Dry spent fuel storage involves packing spent fuel rods into massive cylinders, or casks, which require no water or other coolants. The casks are designed to keep the fuel rods contained for at least 50 years. However, the casks are not under the containment structures at the plant, and, though they were designed to withstand being crashed into by an airliner, it’s not clear whether artillery shelling and aerial bombardment, particularly repeated attacks, could crack open the casks and release radiation into the grounds of the plant.

The closest analogy to this scenario could be a terrorist attack that, according to a seminal study by the National Research Council, could breach a dry cask and potentially result in the release of radioactive material from the spent fuel. This could happen through the dispersion of fuel particles or fragments or the dispersion of radioactive aerosols. This would be similar to the detonation of a “dirty bomb,” which, depending on wind direction and dispersion radius, could result in radioactive contamination. This in turn could cause serious problems for access to and work in the plant.

Next steps from the IAEA and UN

The IAEA has called on Russia and Ukraine to set up a “safety and security protection zone” around the plant. However, the IAEA is a science and engineering inspectorate and technical assistance agency. Negotiating and establishing a protection zone at a nuclear power plant in a war zone is entirely unprecedented and totally different from all past IAEA efforts.

Establishing a protection zone requires negotiations and approvals at the highest political and military levels in Kyiv and Moscow. It could be accomplished through backchannel, Track II-type diplomacy, specifically nuclear safety-focused engineering diplomacy. In the meantime, the IAEA needs strong support from the United Nations Security Council in the form of a resolution, mandate or the creation of a special commission.

This article is republished from The Conversation under a Creative Commons license. Read the original article.

2 Comments on “Is Zaporizhzhia safer now?”