China, Russia and the bomb

Posted on December 25, 2022 by beyondnuclearinternational 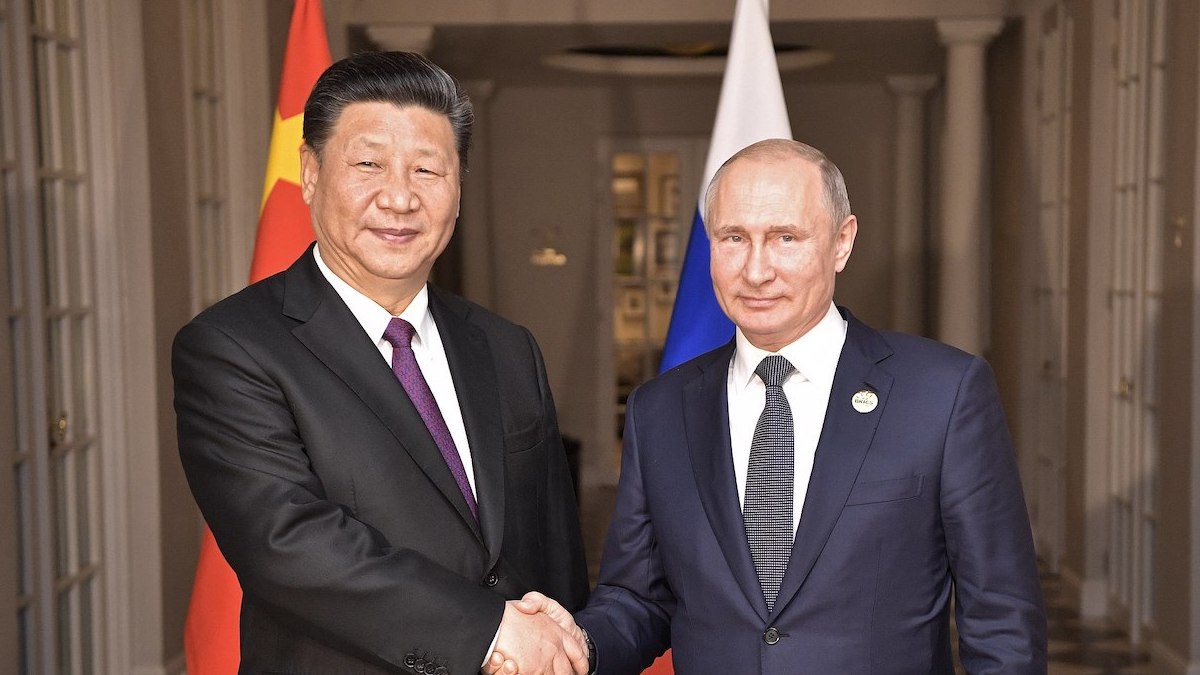 Even international alliances can unravel when nations confront the insanity of a nuclear holocaust.

An illustration of this point occurred last September when Vladimir Putin once again threatened Ukraine and other nations with nuclear war.

“To defend Russia and our people, we doubtlessly will use all weapons resources at our disposal,” the Russian president said.  “This is not a bluff.”

In response to this statement and to sharp UN condemnation of Russian nuclear threats, Chinese president Xi Jinping issued a public statement in November, assailing “the use of, or threats to use nuclear weapons.”  To “prevent a nuclear crisis” in Europe or Asia, he insisted, the world should “advocate that nuclear weapons cannot be used” and “a nuclear war cannot be waged.”

Aren’t these two nuclear-armed nations currently aligned in their resistance to U.S. foreign policy?  Yes, they are, and when it came to Putin’s war upon Ukraine, Xi refrained from suggesting a Russian withdrawal.  But nuclear war, as the Chinese leader made clear, was simply not acceptable.

This was not the first time a Russian-Chinese alliance was ruffled by a dispute over the use of nuclear weapons.  An even deeper conflict occurred during the late 1950s and early 1960s when, ironically, the roles of the two nations were exactly the reverse.

At that time, the Chinese government, led by Mao Zedong, was embarked on a crash program to develop nuclear weapons.  In October 1957, China’s weapons program secured a major gain when the Russian and Chinese governments signed the New Defense Technical Accord, in which the Russians agreed to supplementing the nuclear assistance they had already provided to the Chinese by supplying them with a prototype atomic bomb, missiles, and useful technical data.

But Russian officials soon had reason to doubt the wisdom of assisting China’s nuclear weapons development program.  As Soviet premier Nikita Khrushchev recalled, the following month, at a Moscow conclave of Communist party leaders from around the world, Mao gave a speech on nuclear war that startled those in attendance.

According to the Soviet leader, the “gist” of Mao’s speech was:  “We shouldn’t fear war.  We shouldn’t be afraid of atomic bombs and missiles.  No matter what kind of war breaks out―conventional or thermonuclear―we’ll win.”

When it came to China, Mao reportedly said, “we may lose more than three hundred million people.  So what?  War is war.  The years will pass, and we’ll get to work producing more babies than ever before.”

Khrushchev found Mao’s remarks “deeply disturbing,” and recalled with irritation:  “Everybody except Mao was thinking about how to avoid war.  Our principal slogan was ‘On with the Struggle for Peace and Peaceful Coexistence.’ Yet here came Mao . . . saying we shouldn’t be afraid of war.’  In early 1958, as Soviet doubts increased about the reliability of China’s leadership in dealing with nuclear weapons, Khrushchev decided to postpone shipment of the prototype atomic bomb to China.

Eventually, the Soviet government not only withdrew its assistance to the Chinese nuclear weapons program in 1960, but took steps that placed the Soviet Union at loggerheads with the Chinese leadership.  Key among these steps was working out an agreement on a nuclear test ban treaty with the governments of the United States and Britain—an agreement that, in part, was designed to block the ability of China to become a nuclear power.

This Soviet shift toward a nuclear arms control and disarmament treaty with the West was bitterly opposed by China’s rulers, who were determined to develop nuclear weapons and, by 1964, succeeded in doing so.  Meanwhile, the Sino-Soviet rift grew ever more heated, with the Chinese pulling out of the Soviet-dominated World Peace Council and ferociously competing with the Russians for leadership of the world Communist movement.

There are some lessons that can be learned from these incidents, in which major powers displayed signs of veering toward nuclear war.  The obvious one is that even military allies might balk, at times, when they see an international confrontation slipping toward a nuclear disaster.

Another, less evident, is that nations with access to nuclear weapons are not necessarily restrained from threatening or waging nuclear war by the prospect of nuclear retaliation from other nuclear powers.  Or, to put it another way, nuclear deterrence is unreliable.  Above all, these events and others underscore the fact that, while nuclear weapons exist, the world remains in peril.

Fortunately, abolishing nuclear weapons before they destroy the world is not an utterly utopian prospect.  Thanks to popular pressure and disarmament treaties, the number of nuclear weapons around the globe has been reduced since 1986 from about 70,000 to 12,700.  Moreover, a UN Treaty on the Prohibition of Nuclear Weapons, crafted and approved by an overwhelming majority of the world’s nations, went into effect in January 2021.

Unfortunately, none of the world’s nine nuclear powers has signed or ratified this nuclear weapons abolition treaty.  Until they do so and, therefore, stop producing, stockpiling, and distributing nuclear weapons to other countries, the world will continue to live in a state of nuclear peril, subject only to occasional flashes of sanity by these same nuclear-armed nations.

Surely, people around the world deserve a better future.

Dr. Lawrence S. Wittner (https://www.lawrenceswittner.com/ ) is Professor of History Emeritus at SUNY/Albany and the author of Confronting the Bomb (Stanford University Press).