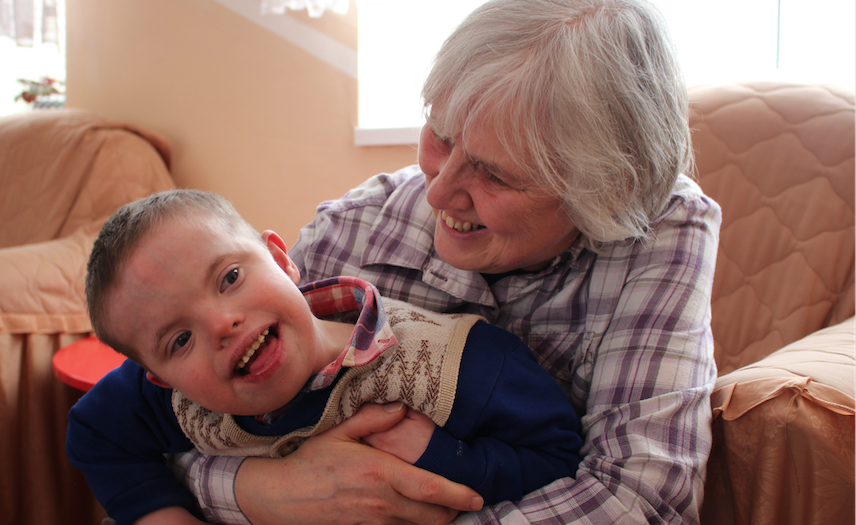 When a deadly nuclear power plant accident spreads radiation across the world, you can’t take it back.  That contamination, from the 1986 Chernobyl disaster in the Ukraine, hit neighboring Belarus the hardest. Not only those living there at the time, but children born since, have suffered the health effects of exposure to long-lasting radioactive fallout.

The long-term solution, of course, is to rid the world of nuclear power plants, ensuring that no one need suffer from their deadly poison again. But in the short-term, solutions are also needed to help those suffering today.  That is where Linda Walker stepped in.

Linda started her charity Chernobyl Children’s Project UK in 1995, inspired by Chernobyl Children International, founded in 1991 in Ireland by Adi Roche. Linda quickly realized that in addition to bringing children from Chernobyl-affected areas to the UK for so-called “radiation vacations,” something more was needed. She decided that her group needed to be active on the ground as well, in particular in Belarus.  She has been traveling to the country on a frequent basis ever since.

CCP(UK) began with just two local groups — in Glossopdale, Derbyshire and Littleborough, Lancashire.  In the summer of 1995, the first group of children arrived for a holiday.  Before that, however,  money was raised to send a reconditioned and aid-laden ambulance to Belarus — the first of many to follow.  By the end of the year, CCP(UK) had also sent a 40-foot trailer packed with humanitarian aid to Belarus. 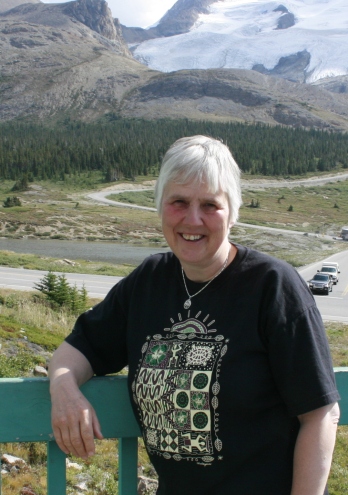 By 1997, Linda’s work had already received such recognition in Belarus that she was made a member of the Order of Franciska Skarina, one of the country’s highest awards.  She was one of the first foreigners to receive it and accepted it on behalf of everyone involved with the work of CCP(UK).

There was much more to come. Under Linda’s leadership, CCP(UK) has supported children’s hospices;  trained orphanage staff; and routinely delivered ambulances and humanitarian aid to Belarus. CCP (UK) runs a foster care training program which has helped to get children out of the orphanages and into local families; and organizes a major program of educational visits to the UK, supported by the Department for International Development and UNICEF.

CCP UK) has worked closely with Zhuravichi Boarding Home for children with disabilities, providing them with toys, wheelchairs and mobility aids, taking their children for an annual holiday within the country and encouraging the authorities to improve the children’s education and care.

In 2000 CCP(UK) set up a home for four young adults with physical disabilities who had grown up at Zhuravichi; two years later CCP(UK) established a foster family home in Rogachev for five young children they had taken from Zhuravichi; and in 2004 Linda and her team opened the Mayflower Centre in Gomel.  This is the first 24-hour respite care centre in Belarus and supports many families with severely disabled children, so they can continue to care for them at home.  CCP(UK) has worked for many years with an association of such families in Rogachev and helped them, with support from the British Embassy in Minsk, to set up a Centre for their children.

The recuperative holiday program for children quickly expanded from Glossopdale and Littleborough to sites around the UK.  At first the program was available only to healthy children, but Linda and her team quickly saw the benefits to two children who participated who were in remission from cancer.  From then on,  children were also invited for recuperative holidays from the Children in Trouble Minsk-based charity which supports the families of children with cancer.

Willing to learn at every step, Linda then recognized that some children who had been ill, but were now well enough to travel to her UK program, were too young to go abroad alone.  So in 1997 a new CCP(UK) initiative was established that allowed the children’s mothers to travel with them.  Linda saw that these mothers had also been through a highly stressful time as their children fought cancer, and were almost if not as much in need of a holiday as the children. The mothers dubbed this the “Dream Come True” program.

Volunteers and residents at the Search club in Belarus, celebrate Linda Walker’s birthday.

Linda and her colleague also recognized that older children are even more refreshed and rejuvenated by her recuperation vacations.  She noted that when children fall ill in their early teens, by the time they are well enough to travel, there are few charities willing to invite them. So CCP(UK) stepped in to accommodate youngsters up to 20 years old as well. For the last 20 years 18 teenagers in remission from cancer have visited the UK every year.

Today, all the children CCP brings to the UK are in remission from cancer.

Linda also saw opportunity for similar respites within Belarus itself. In 1998 she arranged for 50 children from Zhuravichi Boarding Home and 50 from Garadyets Special School who had never had the chance of a holiday before, to travel across the country to a Holiday Camp at Neman, a beautiful site on the Polish border, near to Grodno.

To support this now annual effort, Linda has encouraged specialists to lend their services, sending medical students, physiotherapists, teachers, early years workers and many others who have raised their own air fares and then given two weeks of hard work.

In a March 30, 2006 article in The Guardian, marking the 20th anniversary of the Chernobyl nuclear accident, Linda reminded readers that more needs to be done to address the dreadful legacy left by the nuclear catastrophe.

“Regular visitors to Belarus cannot fail to be aware of the many health problems which, even today, seem to be more acute in the contaminated parts of the country,” she wrote.  “Twenty years on, young parents are giving birth to babies with disabilities or genetic disorders, or who develop serious diseases in their early months. But as far as we know, no research is being conducted into these issues.”

That same year, Linda was awarded a well-deserved MBE.

Linda Walker has not only called out the problems of Chernobyl.  She has come up with practical and meaningful solutions to at least alleviate some of the suffering. In doing so, she has drawn on-going attention to the terrible ravages of nuclear energy and the ever more urgent need to abolish it.