Why the UK Labour Party — and everyone — should reject nuclear power

Posted on December 2, 2018 by beyondnuclearinternational

Don’t Nuke the Climate is at the COP talks in Poland. Back in the UK, the Labour Party needs to listen

How many times have you heard people say ‘I would much rather not have nuclear power but we need it to combat climate change’?

This claim has been made so many times by the nuclear industry and its supporters that many people now just accept it as the lesser of two evils.

But the development of new nuclear power plants is actually no part of the solution to tackling climate change, and is in fact a big part of the problem.

Nuclear power is not carbon-free; is prohibitively expensive; all projects overrun wildly on both time and budget; is a source of harmful waste which no one yet knows what to do with; provides a terrorist target; produces routine emissions which are harmful to health; power plants are vulnerable to the flooding which will come as sea levels rise, and have to close down in times of drought; Chernobyl and Fukushima have shown the widespread and long-term health and environmental impact of accidents; and even nuclear advocates have recently admitted the close links to nuclear weapons.

Uranium mining: The Nuclear Chain starts with uranium mining, which is dirty, dangerous and impacts mostly on indigenous and marginalised peoples in Canada, Australia, Namibia, Niger and Kazakhstan. Mining, milling the ore, transportation, converting it to Uranium Hexafluoride, enrichment and fabrication of fuel rods all emit significant amounts of CO2. Most of the uranium is left behind as tailings waste which contaminates water, air and soil, exposing local inhabitants

CO2 emissions: It is estimated that, during the entirety of the uranium fuel chain, nuclear power produces 7 times as much CO2 as wind energy and more than twice as much as solar.

Cost: Hinkley Point C was expected to cost £6 billion over its lifetime in 2013. That figure now looks like being as much as £50 billion. Electricity will cost £92.50 per MWh, more than twice the current price, and the Government has guaranteed a subsidy for 35 years. Ballooning costs have caused new nuclear plants to be cancelled mid-construction, stranding ratepayers and taxpayers with the bill.

Long construction time: Flamanville in France is being built to the same design as Hinkley. Begun in 2007, it was expected to start up during 2012. That date is now some time in 2020, partly because of numerous and alarming faults, including in crucial safety components such as the Pressure Vessel, and the cost of construction is so far three times the original estimate. Olkiluoto in Finland has delays and cost overruns of similar magnitude. 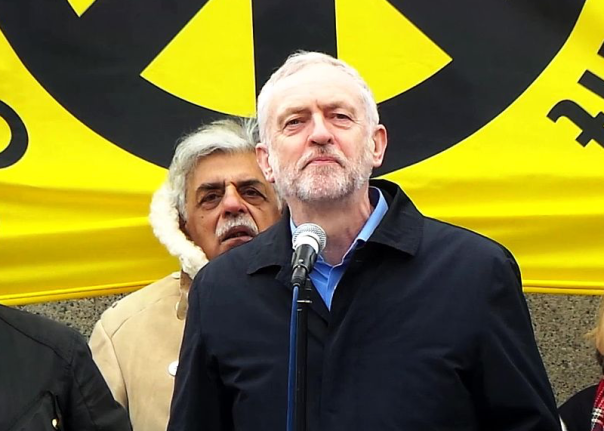 Nuclear power diverts resources from renewables: This is very much the case in the UK. In 2017 there was a 56% reduction in investments in renewable energy, because of the hostile environment created by the Government, whilst the Hinkley plant will receive subsidies of around £30 billion. Money spent on development of renewables and energy efficiency is many times more effective in CO2 reduction.

Nuclear waste: Radioactive waste needs to be shielded from people and the environment for tens of thousands of years. In 1976, the Royal Commission on Environmental Pollution said we should not build more nuclear power plants in Britain till a safe disposal solution had been found. We are still no nearer to solving this problem, with the latest suggestion being to bury it under the Lake District National Park, an idea which has horrified both local businesses and conservationists.

Terrorist threat: Nuclear plants are vulnerable to attack by plane, to sabotage by workers or infiltrators inside the plant, and to cyber attack, with terrifying results.

Nuclear power is totally inflexible: Nuclear cannot fill in ‘when the sun doesn’t shine or the wind doesn’t blow’. Although the plants are subject to unplanned shutdowns when problems occur, they cannot be shut down deliberately when demand is low as it takes far too long to power down and power up again.

Nuclear accidents: When disaster strikes, the consequences are dire, far-reaching and will affect future generations. Children are born in Belarus today with cancer or with genetic disorders as a result of Chernobyl. No one knows what the effect will be on the next generation.

The nuclear industry is in decline: Nuclear power is fading in most parts of the world. Even France is seeking to reduce from 75% nuclear powered electricity to 50% and there have been very few start-ups in the last few years. Why is the UK bucking the trend?

The link to weapons: Calder Hall in 1956 was promoted as producing electricity ‘too cheap to meter’. But its real purpose was to make plutonium for UK nuclear bombs. Britain now has the world’s largest stockpile of plutonium. And the link between nuclear power and weapons, and their proliferation, has remained close ever since.

Job losses and alternatives: Far more jobs could be created in the development and production of renewable energy, storage and conservation measures. Within the industry itself, there will be many jobs in the decommissioning of nuclear power stations and disposal of waste for the next century.

It is time the Labour Party rejected this failed and toxic industry.