Posted on June 12, 2018 by beyondnuclearinternational

There was a lot at stake, said the pundits, when Donald Trump and Kim Jong-Un finally met at their much vaunted Singapore nuclear summit. Or should that have been at “steak”?  After all, Trump touted a pile of steaks as his own brand after a 2016 primary win in Florida, even though Trump Steaks hadn’t sold a cut since 2007 and the brand trademark was canceled in 2014.

So what can we really trust about what was “agreed” to in Singapore?

The headlines roared that the agreement signed between the respective US and North Korean leaders, meant “complete denuclearization” of the Korean peninsula. But what emerged was a single piece of paper replete with glowing rhetoric, one grammatical error and little else. Not as fake as Trump steaks perhaps, but just as bland.

For sure the “optics” — to coin an annoyingly over-used term — served the two dictators well. Each legitimized the other’s authoritarian control over the news cycle and publicity stunts.

But like the proverbial hamburger, it wasn’t Wendy’s. It was more Peter Pan’s Never Never Land. And that’s about how likely it is that North Korea will “completely denuclearize”, and even more true about the US’s own intentions in that department. After all, it is pretty rich for the US to tell any country to get rid of all its nuclear weapons, when the US itself, in defiance of the nuclear Non-Proliferation Treaty — and now the new UN Ban Treaty — is bristling with close to 6,500 of its own. And planning to make new nuclear weapons.

What was actually in that vaunted agreement was pretty vague and largely unverifiable. You can read it here. Later, Trump apparently offered up indications that the joint US-South Korea military maneuvers may be in doubt. They are, according to Trump, “suspended” as they constituted a “provocation.” This latter is undeniably true but, as we know, provocation is something Trump responds to with knee-jerk imprecision, usually via Twitter and often in the middle of the night.

This means that the war games could quickly be unsuspended, and “denuclearization,” could, to coin another famous phrase, from The Princess Bride, “not mean what you think it means.” It could mean very little indeed.  After all, the wind that blows back and forth between Trump and Kim—or between Trump and anybody, for that matter — is invariably full of hot air. 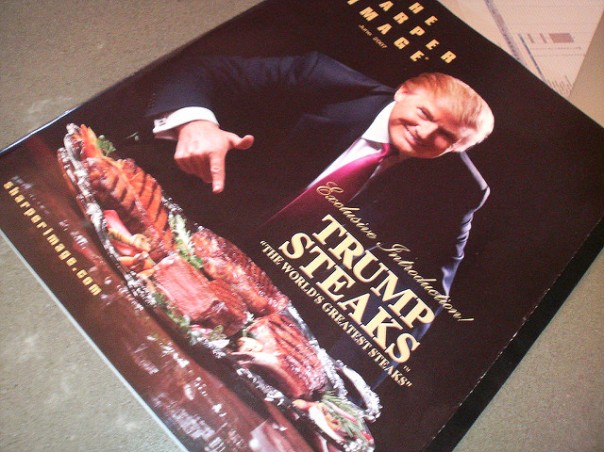 As has already been pointed out in columns elsewhere, most of what this was about was political prestige on the world stage. Kim got a US president to the table. He wanted legitimacy as a global leader with authority and the summit got him that.

Trump, whose regime has created one political disaster after another, divided the country, and has caused rancor, chaos and turmoil, needed something that looked like an actual achievement. The summit agreement got him that, as long as you pay attention only to the spin and don’t bother to actually read it.

We can certainly concede that a face-to-face encounter between barb-throwing, self-styled autocrats is probably helpful in easing tensions. Equally productive would be a permanent cessation — rather than a conditional suspension — of US war games in South Korea.

But the hyperbole about this being an “epochal event of great significance,” as the agreement describes it, is as overcooked as the way Trump likes his steaks.