All that would be destroyed

Posted on June 17, 2018 by beyondnuclearinternational

The Rokkasho reprocessing plant could ruin everything

By Kiyohiko Yamada, with additional contributions by Kurumi Sugita and Jon Gomon

There is a nuclear fuel cycle center in Rokkasho village, located at the tip of Shimokita Peninsula in Aomori Prefecture, in the northernmost part of the main island of Japan.

On April 9, 1985, the governor of Aomori Prefecture gave the green light for the Rokkasho center to proceed. At first, it comprised three facilities:

•a temporary storage facility of high-level radioactive waste returned from overseas after reprocessing,

The nuclear fuel cycle center of Rokkasho village is operated by Japan Nuclear Fuel Limited (JNFL), notorious for its incompetent management. In October 2017, the Japanese Nuclear Regulation Autority (NRA) reported that JNFL violated safety measures. As the Mainichi Shimbun reported in an October 11, 2017 article, safety records were faked at the unfinished reprocessing plant.

“The NRA concluded on Oct. 11 that Japan Nuclear Fuel Ltd. (JNFL) has violated safety measures after it was learned that the firm failed to carry out the required checks and nevertheless continued to write down “no abnormalities” in safety check records. There has been a spate of incidents such as the flow of rainwater into facility buildings at the plant in the Aomori Prefecture village of Rokkasho.

“The plant, which is scheduled to reprocess spent nuclear fuel, was on the verge of hosting a final-stage NRA safety inspection, but the checkup is likely to be postponed considerably as JNFL now has to prioritize in-house inspections of all facilities at the plant.”

The Japanese government obstinately pursued a fast breeder reactor program, even though other similar projects had been abandoned elsewhere in the world. An estimated $9 billion was spent on Japan’s Monju prototype breeder reactor, which was so troubled it operated only 250 days during its 22-year existence. It was finally abandoned permanently in December 2016 and the decision was taken to decommission it. 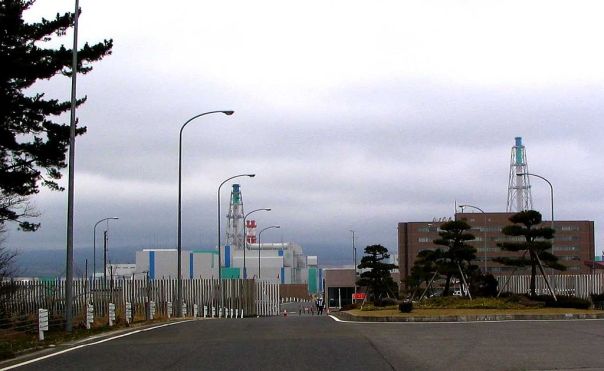 The main gate of the still unopened Rokkasho reprocessing plant

And yet the Japanese government persists in trying to start operation of the Rokkasho reprocessing plant in the first half of 2021, even though the prospect of the fast breeder reactor’s commercialization has become improbable.

There is a contradiction here. Why start a reprocessing plant when there is no usage plan for the end product? One possible reason is that for quite some time, former Liberal Democratic Party (LDP) ministers have been hinting at the possibility of having nuclear weapons. Reprocessing extracts plutonium from irradiated reactor fuel. Perhaps the real intent is to have such a plutonium extraction plant which can produce eight tons of plutonium annually.

The total amount of plutonium remaining in these reprocessing plants is about 48 tons. Since the commercialization of the fast breeder reactor has become unlikely, the government wants to use the plutonium as MOX fuel (known in Japan as plu-thermal) at nuclear power plants.

However, since the TEPCO Fukushima Daiichi nuclear accident of March 11, 2011, the plu-thermal project is not progressing and it has become difficult to use up the surplus plutonium. If the Rokkasho reprocessing plant is put into operation, it will create a surplus of eight tons of plutonium annually. The possession of such an amount of plutonium will most certainly increase tensions in Asia.

Risks involved in the Rokkasho plant

① The reprocessing plant is on a fault line

Japan is riddled with geological faults, and there is no stable stratum including at the Rokkasho reprocessing plant site. A large, active fault about 100 km in length lies on the Pacific Ocean side. Scientists warn that in the case of a big earthquake, a magnitude 8 tremor could seriously damage the reprocessing plant.

The operating company insists that a big earthquake will not occur in Rokkasho, but their seismograph is installed on bedrock, and is set so that it does not indicate more than a seismic intensity of 3. Why? It is because when seismic intensity higher than 3 is detected, it is necessary to make a total inspection of the reprocessing plant. 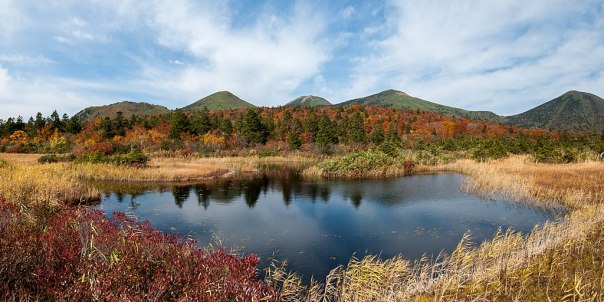 ② Hakkoda and Towada volcanoes are nearby

Recently, Hakkoda Mountain and Lake Towada, major tourist destinations in Aomori Prefecture not far from the plant, came to be monitored as the possible source for a volcano-related catastrophe.

With a volcanic eruption, cinders and volcanic ash can fall thickly in the vicinity of the reprocessing plant. This may make it difficult to secure external power supplies, to drive emergency power vehicles, and/or to secure cooling water. In addition, the tiny volcanic ash particles can clog filters and destroy equipment.

Within 30km of the Rokkasho reprocessing plant lies Misawa Airbase, used by the US Air Force and Japanese Air Self Defense Force. There is also the Amagamori bombing exercise ground within 10km. Fighter jets exercising in Amagamori fly over the Ogawara port, passing through the vicinity of the reprocessing plant to repeat the training. 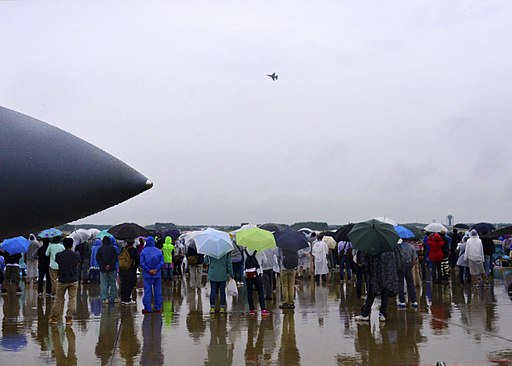 The Misawa Air Base. A crash involving flights over the reprocessing plant could be catastrophic.

Possibility of a serious accident

In the reprocessing project application submitted by JNFL, the following list of possible serious accidents is cited:

If any of these major accidents occur simultaneously, or if the accident is triggered by a crash of a fighter plane or a volcanic eruption, the scale of the accident would be more than could be prepared for. However, the range of nuclear disaster prevention of the reprocessing plant is limited to a radius of 5 km only.

If the plant goes into operation, even without an accident, radiation exposure of the entire Aomori Prefecture, and of the Pacific Ocean, will be far too high

After the Fukushima Daiichi nuclear accident, many tanks were created on the site of the Fukushima nuclear power plant to store the tritium contaminated water after processing the radioactive water by the multi-nuclide removal facility (Advanced Liquid Processing System). In Fukushima prefecture, tritium contaminated water is not discharged into the ocean due to opposition from fishermen. In contrast, the same tritiated water was released in large amounts in Rokkasho during the active testing. Fishermen in Iwate once demanded that the reprocessing plant drainage be discharged into Mutsu Bay and not into the Pacific Ocean. The person in charge in Aomori Prefecture refused, saying, “Mutsu Bay would die”. 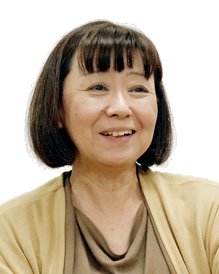 An upcoming mayoral election in Rokkasho Village could have important repercussions for the reprocessing plant. One candidate— Junk Endo — is resolutely opposed to opening it. The election takes place on June 24, 2018.

We are calling on our friends and colleagues all around the world to send Ms. Endo messages of support. It is important that Japanese authorities understand that the world is watching these elections. The people of Rokkasho do not need the leukemia clusters or the proliferation risks of a reprocessing plant. The world does not need more carcinogenic radioactive releases from yet another reprocessing plant when those at La Hague, France, and Sellafield, England, have already poisoned the air and seas far from their own lands.

If you are on Facebook, you can post your message directly and in any language, here. If not, you may post a comment on the Fukushima 311 Voices blog here and it will be forwarded to her.

Kiyohiko Yamada is a member the Social Democratic Party and served as a member of the Misawa City Local Assembly from May 2005 to March 2008. He is a longtime opponent of the Rokkasho nuclear fuel cycle center.

← Where’s the beef?
The blue powder entranced. Then it killed →

4 Comments on “All that would be destroyed”