The blue powder entranced. Then it killed

Posted on June 17, 2018 by beyondnuclearinternational 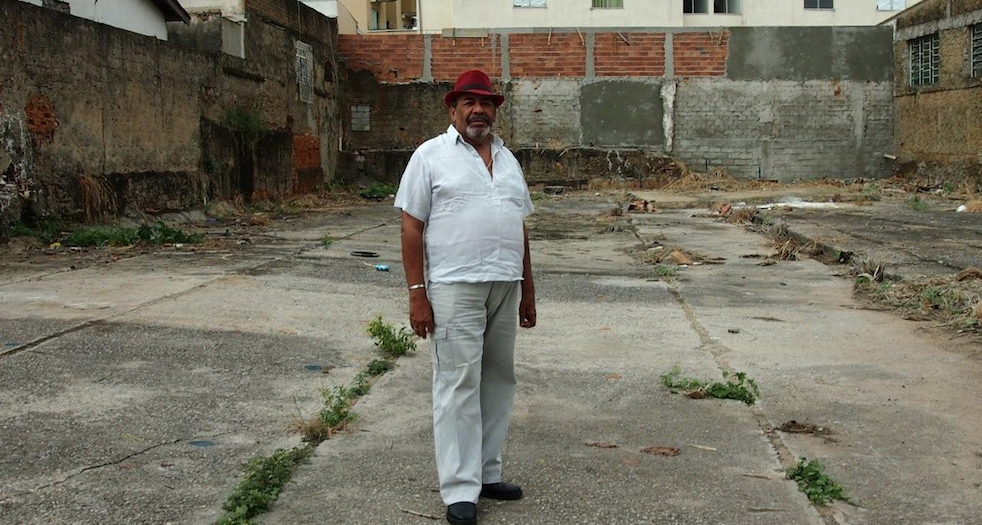 On September 13, 1987, Brazilian scrap metal dealer, Devair Ferreira, unwittingly opened Pandora’s box. Out spilled a bright blue crystalline powder that fell glowing to the floor. Fascinated by the magical iridescence, Ferreira invited family members to his home to see the mysterious substance for themselves. They were entranced. They touched it and passed it around to other friends and relatives.

What none of them knew was that they had just set in motion Latin America’s worst nuclear accident. The blue powder was cesium chloride, encased inside a cesium-137 teletherapy unit that had been left behind in an abandoned cancer treatment hospital in the City of Goiânia, the capital of the State of Goiás. Two jobless youngsters had picked it up, pulled out the heavy lead cylinder containing 19 grams of cesium-137, and sold it to Ferreira.

Ferreira, and his friends and family, soon became sick. His brother Ivo took some of the powder to his house where his six-year old daughter Leide played with the glowing radioactive crystals on the floor just before dinner. When she ate boiled eggs with her contaminated fingers, the deadly cesium-137 entered her body. Twenty two Ferreira family members had direct contact with the cesium-137. But they unwittingly went on to contaminate others. 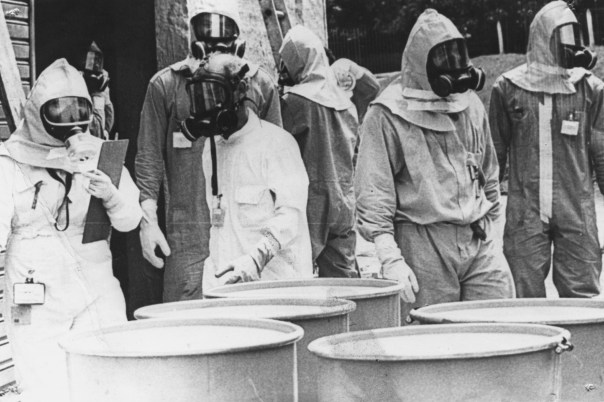 Decontamination of houses and streets in Goiânia

At least 40 people were hospitalized, and by October 28 four had died. They were Ivo’s daughter Leide and Devair Ferreira’s wife Gabriela — who had first sounded the alarm about the sudden mysterious sicknesses in her extended family — along with two of Devair’s employees.

All of those affected were at first treated at the local hospital like regular patients and were allowed to circulate freely through the city, contaminating others they met, as well as the doctors and nurses who cared for them. For 16 days, no one knew that the cause of their sickness was radiation exposure.

When it finally came to light, Brazil’s National Nuclear Energy Commission sent a team to Goiânia, to quarantine and isolate those contaminated and to start the clean-up.

A total of 112,800 people remained isolated in the Olympic Stadium of Goiânia until December 1987, and were examined there for radiation by the CNEN. Radiation technicians ultimately registered a total of 249 contaminated people, 129 of them with cesium-137 in their body, a man-made isotope produced in nuclear reactors that, when ingested, binds with muscle and irradiates people internally.

According to the government of Goiás and the International Atomic Energy Agency (IAEA), Goiânia’s cesium-137 accident claimed only four lives, but the Goiás Public Prosecutor’s Office and the Association of Cesium Victims (AVCesio) say that at least 1,400 people were contaminated and that 66 have died as of 2017.

After the Fukushima nuclear disaster in Japan, Time magazine produced a list of 12 of the Worst Nuclear Disasters. Goiânia was one of them. Yukiya Amano, director general of the IAEA, pointed out in a March 25, 2012 Washington Post column, that the Goiânia incident “involved the unintended release of radioactivity, but it remains the best real-world indicator of what could happen on a larger scale if terrorists were to detonate a dirty bomb in a large city or at a major public event.”

The Ferreira family and the others affected lost everything as a result. Their houses were demolished containing all their contents. That rubble — along with contaminated pets and livestock, which were killed — were packed up into drums as nuclear waste. The survivors continued to struggle with health issues. Eventually both Ivo and Devair succumbed to depression and other problems, prematurely ending both their lives.

The tragedy turned another of Devair Ferreira’s brothers, Odesson Alves Ferreira, who was also sickened, into a lifelong activist seeking justice for those affected. In December 1987, together with other radiation victims, he founded AVCesio in Goiânia and led it until 2016.

Odesson was a 32 year-old bus driver in Goiânia when he first held the tiny gleaming crystals in his hands. Without even suspecting the consequences, he continued to drive through the city with radioactive cesium on his hands, unknowingly contaminating countless passengers until he fell ill himself. Odesson is one of the most contaminated surviving cesium victims. His hand bears the scar from the burn he received holding the cesium powder. “I still have pain in my hands, especially when the temperature changes,” he says. “Sometimes my hands are so hot that I have to put them into the freezer.”

A photographic exhibition recording the disaster and its aftermath — Cesium Hands (Mãos de Césio) — was shown at the International Uranium Film Festival in Rio ide Janeiro in 2011, at different venues in northeast Brazil in 2012, and in Goiás and Berlin, Germany in 2017.

Odesson remembers those early days in the city when the cesium release was discovered. “It was total pandemonium,” he said. “No one knew what had happened exactly, or who had been contaminated. The victims were not told how to protect themselves and the media passed out inaccurate and sensationalist information.”

Odesson’s association fights for fair compensation for the victims, a struggle that is still on-going with far too few taken care of to date. It also works for adequate medical support as well as for a nuclear-free Brazil. 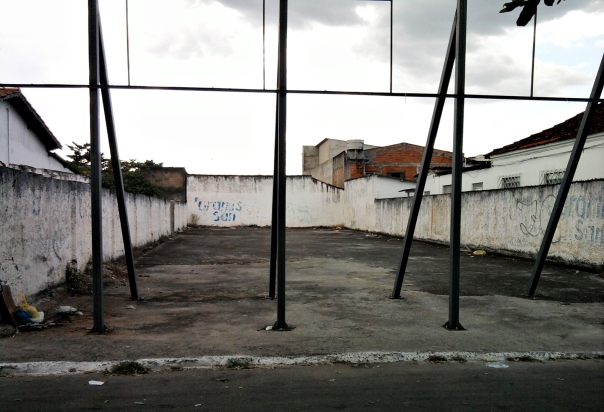 At 63, Odesson still makes frequent trips to plead his case at the legislature but, he says, “When I go to the legislature I leave there with my shoulders bruised from so many pats on the back but with empty promises.” The Brazilian government is yet to recognize all the victims who still struggle to get affordable health care and medications, he says.

Odesson speaks out frequently, hoping that knowledge will bring protection so that no such accident can happen again, and to keep the memory of Goiânia alive. He has given hundreds of speeches in schools, universities and public meetings and dozens of interviews to the press.

But despite more than 30 years of toil and advocacy, he still fears the same thing could happen again. “Nobody has been trained properly,” he said, “and the necessary revisions are not carried out. Not even the Health Surveillance Agency checks radiological equipment in clinics.”

In fact, since 1987, several similar accidents have happened in different parts of the world. In 1998, a steel plant in the southern Spanish city of Algeciras, which recycles scrap metal from all over the world, unknowingly produced a radioactive cesium-137 cloud. The “nuclear” dimension of the accident became known only weeks later, when the radioactive cloud from southern Spain reached Switzerland and triggered radiation alarms there.

In January 2000, the radioactive accident of Goiânia was repeated in Samut Prakarn near Bangkok in Thailand. An obsolete radiation treatment device from Siemens was sold to a scrap metal dealer who unwittingly released the radioactive substances. The only difference from the Goiânia accident: the radioactive substance was cobalt-60. Ten years later, another cobalt-60 disaster happened in New Delhi. Professors at Delhi University had sold a no longer used x-ray gun belonging to the research department to a scrap dealer.

Norbert Suchanek is an investigative journalist and founder of the International Uranium Film Festival. The cover photo of Odesson Ferreira is his.

← All that would be destroyed
Is space for wonder or for war? →