The woman who tore up the curtain of silence

Posted on September 2, 2018 by beyondnuclearinternational 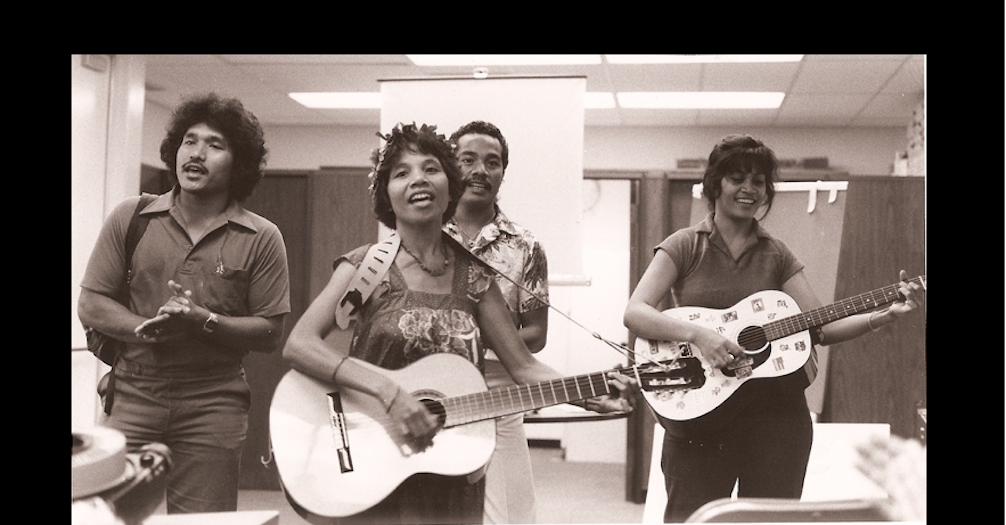 Through song and activism, Darlene Keju taught her fellow Marshall Islanders the truth about US atomic atrocities

Early in her life, Marshall Islander, Darlene Keju, did not know the extent to which her fellow Marshallese had suffered as a result of the 67 atomic detonations inflicted on the region by the United States during the Cold War. But as she gained her education in Hawaii, the terrible truth began to reveal itself. And after that, Keju could not remain silent.

Once Keju began to research and understand more about the US atomic tests, she was stunned to discover how little information was available to most adults living in the islands and just how far the harm extended. Faced with the immense scale of damage and injustice, Keju went to work, touring, speaking, educating and using music, dance and song to reach her people, work that was cruelly cut short when Darlene’s life was taken by cancer on June 18, 1996, just two months after her 45th birthday. Many of the revelations about the true depth of depravity surrounding the US atomic tests only emerged well after Keju’s death.

Darlene Keju in 1989 in Hawaii on a brief respite from activism. (Photo: Giff Johnson)

All of this is beautifully chronicled in a book by Darlene’s American husband, Giff Johnson. In “Don’t Ever Whisper,” he describes how Darlene “expressed her outrage over repeated resettlements of Marshall Islanders, continual and unnecessary exposure of people to nuclear test fallout and the resulting health problems, and the US government’s refusal to admit that many more islands than Bikini, Enewetak, Rongelap, and Utrik were affected.” (You can hear an interview by Pacific Media Watch with Johnson about the book here.)

This last was a major discovery made by Darlene as she traveled to the more far-flung islands in the Marshalls chain. There she found women living on the allegedly “unexposed” islands scattered in the Ratak Chain northern islands who had had monster babies, clumps of grapes, jellyfish. She gathered testimony from people on islands the US government claimed were unexposed to nuclear test fallout and it was damning.

Keju’s work began to get international attention, and in 1979 she was invited to Japan by  Gensuikin — the Japanese Congress Against A&H Bombs — to attend the Hiroshima and Nagasaki commemoration events. Gensuikin had developed a close relationship with the Marshall Islands and especially with Rongelap —one of the worst affected atolls hit by the massive March 1, 1954 US Bravo shot.

Such was their concern about the long-term health damage caused by Bravo that, in 1971, Gensuikin had attempted to conduct an independent medical survey of Rongelap at the invitation of Marshall Islanders. But, as Johnson’s book relates, “The US Trust Territory government had prevented the independent medical team from traveling to Rongelap.” Clearly, a cover-up was at work. There was something the US did not want found out. But Darlene, as the book’s title suggests, was not about to keep quiet.

It was in 1983, that Darlene made her most memorable international mark. She spoke at that year’s World Council of Churches gathering in Vancouver, Canada, a moment, as Madeleen Helmer of the Netherlands told Johnson for his book, that “tore up the curtain of silence around the nuclear legacy in the Pacific.”

You can watch Darlene’s speech on the video below, beginning at 2 minutes 11 seconds.

Keju reminded the audience that the US had signed a United Nations Trusteeship Agreement after World War II to protect the health of Marshall Islanders and prevent the loss of lands and resources. “These were promises that were never kept,” she said. “Before we knew it, our islands were blown up. The United States government did not bother to tell us that four of our islands, two in Bikini and two in Enewetak, were blown off the face of the earth.” The eyes of the world were opened.

Towards the end of the book, Johnson describes the extent of lies and cover-ups perpetrated by the U.S. government. By then, he too, had become an activist. But before the worst of the US atrocities were uncovered, Darlene had moved on to an issue not unrelated to the atomic tests — the terrible conditions the Cold War relocations had inflicted on those forced to abandon their once pristine island homes. 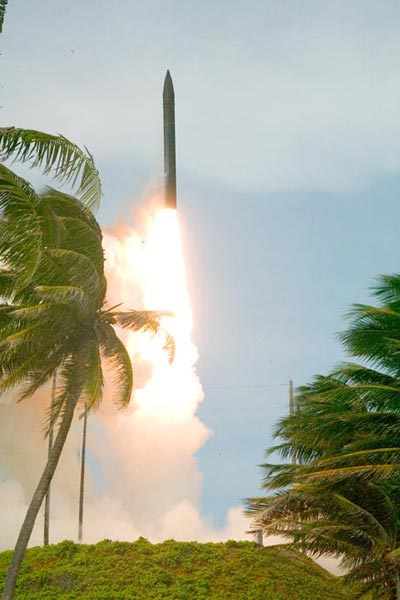 Darlene saw extreme poverty, alcoholism, high suicide rates, malnutrition and sexual abuse. When the US army took over the island of Kwajalein in 1965 for missile testing, it did so to grab possession of the island’s protected lagoon to use for missile re-entry. Its inhabitants were uprooted and moved to Ebeye whose population in 1951 had been just 559. The forced relocation out of Kwajalein swelled those numbers to 4,000. By the late 1970s the population was more than 8,000, squeezed onto just 66 acres.

The new inhabitants were provided single story concrete block dwellings. Ebeye quickly became known as  the “Slum of the Pacific” and is now, with a population of more than 13,000, the second most densely populated city in the world.  In 2010, a US Army Corps of Engineer report said the Ebeye infrastructure had “deteriorated and is unable to sustain the current population.” The sewage plant had not worked for 5 years and sewage was being pumped into the lagoon, the same problems identified in 1978. 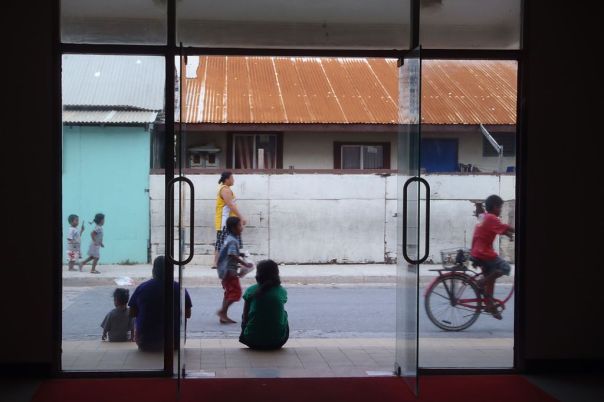 Meanwhile, the Americans on Kwajalein enjoy all the necessary amenities, including first class medical attention. This was historically denied the Marshallese population. In a searing section of the book, Johnson describes how Darlene’s sister, Allison, died in childbirth because the inadequate Ebeye hospital was unable to treat her medical complications and the delay before transfer to Kwajalein and eventually Honolulu came too late. “In her heart, Darlene believed that the poor condition of Ebeye hospital and the barrier between Marshallese Ebeye and American Kwajalein is what caused her death,” Johnson wrote.

Shocked by the persistently squalid conditions suffered by Marshall Islanders, Keju turned her attention to what she saw as the number one priority — to help strengthen the foundation of pride and cultural identity among her people. Public health became her chief interest and eventually also her academic and professional qualification. Working with youth became her new focus and passion. She created the Youth Health Leadership Seminar which effectively used music, dance and drama to communicate important health and societal information. This eventually evolved into Youth to Youth in Health (YTYIH). Keju promoted AIDS awareness and Planned Parenthood clinics and she spoke — and performed — tirelessly, just as she had before on the atomic test impacts.

After her death, as more documents were declassified, the lies and crimes against humanity perpetrated by the US government against the Marshall Islands came to light, particularly in relation to the 1954 Bravo test. But these have never gained much attention in the US.

Johnson’s narrative should open eyes wide to this disgraceful chapter in the history of US aggression and disregard for human rights. He describes what he refers to as “the three pillars that are the foundation of the US version of what happened” on March 1, 1954, the day of the Bravo shot. These, Johnson writes, “were a package of carefully crafted lies that have guided US policy toward the islands since 1954 and continue to stand as a roadblock to resolving the many problems caused by US nuclear testing.” Here are Johnson’s three pillars:

Here Johnson describes the history of the Bikini tests.

Johnson’s book is heavily footnoted to substantiate the shocking information he reports. Darlene Keju had begun to uncover a crime against humanity. The people of the Marshall Islands are still waiting for full US recognition and redress today.