Posted on September 10, 2018 by beyondnuclearinternational Iran honored its nuclear deal. But Trump’s sanctions could plunge the region into conflict

On August 4, Iran’s President Hassan Rouhani went on television to talk about the reinstatement of sanctions by the United States against his country. He prepared the country for more privations as a result of the sanctions. Responding to Trump’s offer for a meeting, Rouhani said pointedly, “If you stab someone with a knife and then say you want to talk, the first thing you have to do is to remove the knife.”

It is clear to everyone outside the U.S. government that Iran has honored its side of the 2015 nuclear deal that it made with the governments of five permanent members of the UN Security Council (the U.S., the UK, France, China and Russia) as well as the European Union. In fact, quite starkly, the European Union’s foreign policy chief—Federica Mogherini—said, “We are encouraging small and medium enterprises in particular to increase business with and in Iran as part of something that for us is a security priority.” In other words, Mogherini is asking companies to resist Trump’s policy direction. What she is saying, and what Rouhani said, is that it is the United States that has violated the nuclear deal and so no one needs to honor the U.S. sanctions that have been reinstated. 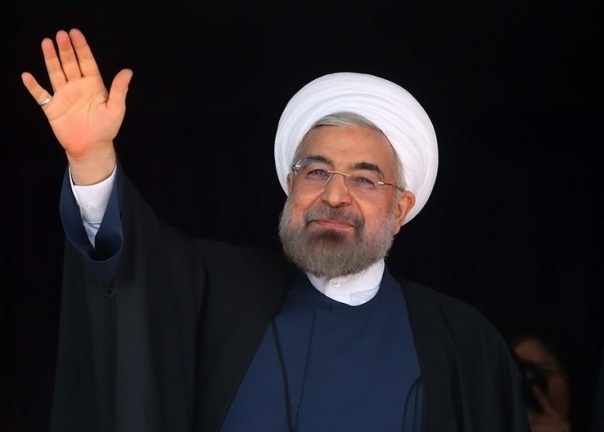 Iran president, Hassan Rouhani, says it is the United States that has violated the nuclear deal, so no one need honor U.S. sanctions. (Photo:WikiCommons)

China: “China’s lawful rights should be protected,” said the Chinese government. China has no incentive to follow the new U.S. position. First, China imports about $15 billion of oil from Iran each year and expects to increase its purchases next year. Chinese state energy firms, such as China National Petroleum Corporation (CNPC) and Sinopec, have invested billions of dollars in Iran. CNPC and Sinopec have also got shares in Iran’s major oil fields—CNPC has a 30 percent share in the South Pars gas field and has investments in the North Azadegan oil field, while Sinopec has invested $2 billion in Yadavan oil field. China’s Export Import Bank, meanwhile, has financed many large projects in Iran, including the electrification of the Tehran-Mashhad railway. Other Chinese investment projects include the Tehran metro and the Tehran-Isfahan train. These projects are worth tens of billions of dollars.

Second, China is in the midst of a nasty trade war with the United States. In late August, Trump’s government slapped 25 percent tariffs on $16 billion of Chinese imports into the United States. China responded with its own tariffs, with the Chinese Commerce Ministry saying that the U.S. is “once again putting domestic law over international law,” which is a “very unreasonable practice.” The “once again” is important. China is seized by the unfairness of the reinstatement of sanctions on Iran, not only for its own economic reasons but also because it sees this as a violation of international agreements and a threat to Iranian sovereignty—two principles that China takes very seriously. Sinopec, knee-deep in Iran’s oil sector, has now said that it would delay buying U.S. oil for September. Iran has now been drawn into the U.S. “trade war” (on which, read more here). The Chinese have been quite strong in their position. The Global Times, a Chinese government paper, wrote in an editorial, “China is prepared for protracted war. In the future, the U.S. economy will depend more on the Chinese market than the other way around.” This fortitude is going to spill over into China’s defense of Iran’s economy.

Russia: Russia and Iran do not share the kind of economic linkages that Iran has with China. After the 2015 sanctions deal, Iran did not turn to Russian oil and gas companies for investment. It went to France’s Total—which signed a $5 billion deal. Russia and Iran did sign various massive energy deals ($20 billion in 2014), but these did not seem to go anywhere. Russia’s Gazprom and Lukoil have toyed with entry into Iran. In May, Lukoil directly said that it would be hesitant to enter Iran because of the proposed U.S. reinstatement of sanctions. Lukoil’s hesitancy came alongside that of European firms such as Peugeot, Siemens and even Total, which decided to hold off on expansion or cut ties with Iran. Daimler has now officially halted any work in Iran. It was a surprise earlier this year when the Iranian Dana Energy firm signed a deal with the Russian Zarubezhneft company to develop the Aban and West Paydar oilfields. The contract is for $740 million, which in the oil and gas business is significant but not eye-opening. 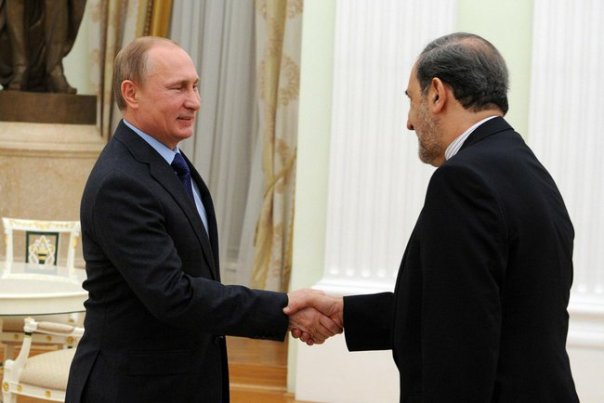 In July, Iran’s senior leader Ali Akbar Velayati met Russia’s Vladimir Putin in Moscow. He left the meeting saying, “Russia is ready to invest $50 billion in Iran’s oil and gas sectors.” Velayati specifically mentioned Rosneft and Gazprom as potential investors—“up to $10 billion,” he said. When Putin had been in Tehran last November, Russian companies signed preliminary deals worth $30 billion. Whether these deals will go forward is not clear. But, after Trump’s reinstatement of sanctions, Russia’s foreign ministry said that it would “take appropriate measures on a national level to protect trade and economic cooperation with Iran.” In other words, it would see that trade ties are not broken.

Turkey: Both Iran and Turkey face great economic challenges. Neither can afford to break ties. Turkey’s foreign minister Mevlut Cavusoglu has said that his government will only honor international agreements, and that the U.S. reinstatement of sanctions is not part of an international framework. Turkey, therefore, will continue to trade with Iran. Iran’s oil and gas are crucial for Turkey, whose refineries are calibrated to Iran’s oil and would not be able to easily and cheaply adjust to Saudi Arabian imports. Almost half of Turkey’s oil comes from Iran.

Turkish-U.S. relations are at a low. Conflict over the detention of a U.S. pastor—Andrew Brunson—has led to the U.S. sanctioning two Turkish ministers—Minister of Justice Abdulhamit Gul and Minister of Interior Suleyman Soylu. Gul is a leader of the ruling party, AKP, while Soylu came to the party at the personal invitation of Turkey’s President Recep Tayyip Erdoğan. These are not men to be intimidated by U.S. pressure. 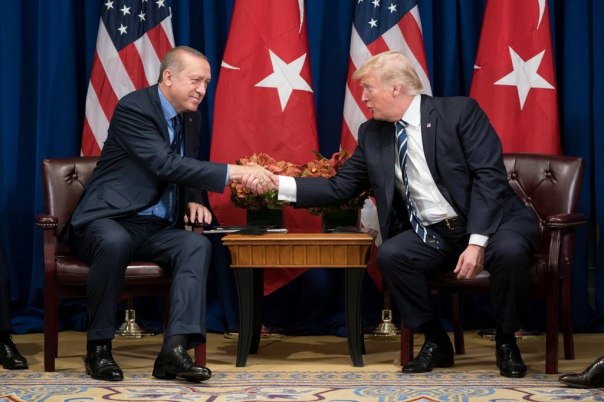 A U.S. mission—led by Marshall Billingslea, assistant secretary of the U.S. Treasury—went to Turkey to convince the government to join the U.S. sanctions. Meanwhile, the U.S. has begun to put pressure on Turkey’s Halkbank, one of whose senior officials was found guilty of violation of the U.S. sanctions on Iran by a court in the United States earlier this year. This kind of pressure is not sitting well with the Turkish government.

Inside Iran: Pressure mounts inside Iran. Protests have begun across the country, a reflection of the distress felt by the population as the country’s currency—the rial—slides around and as fears of inflation mount. In early August, the Iranian government fired the head of Iran’s central bank—Valiollah Seif—and replaced him with Abdolnasser Hemati. It reversed the foreign exchange rules, including the failed attempt to fix the value of the rial that was put in place in April. Hemati had been the head of Iran’s state insurance firm and before that of Sina Bank and Bank Melli. He is a highly trusted person by the government, which had already appointed him as ambassador to China before hastily rescinding that offer and moving him to the central bank. Whether Hemati will be able to balance the stress inside the Iranian economy is to be seen. Faith in the currency will need to be strengthened.

As part of that, Iran’s government has cracked down harshly against financial fraud, particularly scandals over foreign exchange. The man who signed the 2015 nuclear deal—Iran’s Deputy Foreign Minister Abbas Araghchi—now watches as his nephew—Ahmad Araghchi, the central bank’s vice governor in charge of foreign exchange—is arrested with five other people as part of an inquiry over fraud. The message: no one, not even the Araghchi family, is immune from the long arm of the law.

Trump’s belligerence, the refusal of key countries to abide by Trump’s sanctions (including the European Union, but mainly Russia and China) as well as the internal pressure in Iran could very likely create the conditions for a military clash in the waters around Iran. This is a very dangerous situation. Sober minds need to push against the reinstatement of these sanctions—which the Iranians see as economic warfare—as well as the escalation into military war.

Vijay Prashad is a writing fellow at the Independent Media Institute. He is the chief editor of LeftWord Books and the director of Tricontinental: Institute for Social Research.

This article was produced by Globetrotter, a project of the Independent Media Institute. It was first published on August 8, 2018 on AlterNet and is reproduced by Beyond Nuclear International with kind permission from the author.