Posted on March 3, 2019 by beyondnuclearinternational

March 1, last Friday was Nuclear Free and Independent Pacific Day — the 65th anniversary of the ‘Bravo’ nuclear bomb detonation by the United States close to the surface of Bikini Atoll, in the Marshall Islands, which blasted out a crater more than 200 feet deep and a mile across.

Particles of radioactive fallout from the blast landed on the island of Rongelap (100 miles away) to a depth of one and a half inches in places, and radioactive mist appeared on Utirik (300 miles away). The US navy did not send ships to evacuate the people of Rongelap and Utirik until three days after the explosion.

Fallout from this one nuclear weapon detonation spread over more than 7,000 square miles, and traces were detected throughout the Pacific, in India, Japan, the United States and Europe. The Marshallese, and other Pacific peoples subjected to more than 300 full scale nuclear bomb detonations in the Pacific — conducted by Britain, France and the US — were used as human guinea pigs in an obscene experiment to ‘progress’, the insane pursuit of nuclear weapons supremacy.

Nuclear Free and Independent Pacific Day is a day to remember that the arrogant colonial mindset which allowed, indeed encouraged, this horror continues today — the Pacific remains neither nuclear free nor independent.

While the United Nations Treaty on the Prohibition of Nuclear Weapons (adopted 7 July 2017, opened for signature 20 September 2017) provides a pathway towards removing the threat of nuclear annihilation, the opposition to it by the nuclear weapon states and their supporters also highlights issues around the lack of independence in the region.

Much of the Pacific remains under foreign control, military or illegal occupation, including “American” Samoa, Cook Islands, “French” Polynesia, Guam, Hawai’i, Kanaky, Niue, Norfolk Island, Northern Marianas, Pitcairn Island, Rapa Nui, Tokelau, Uvea mo Futuna, and West Papua. Ten Pacific island nations voted in favour of the adoption of the Treaty in 2017, but that vote could have more than doubled if all Pacific nations were independent UN member states.

The Pacific is one of the regions that is being, and will continue to be, most impacted by climate change and extreme weather events which are affecting low-lying islands and Pacific peoples who are dependent on natural resources for food, clothing and shelter, and on water sources that are vulnerable to salinisation by rising sea levels and high seas. Yet the overwhelming majority of fossil fuel use and greenhouse gas emissions do not come from the Pacific island nations.

The Pacific is also one of the most highly militarised regions in the world — but only four Pacific island nations have armed forces. The overwhelming majority of militarisation in the Pacific comes from outside the region — military bases, military training exercises, and military occupation by the armed forces of Indonesia, France and the United States, in particular, along with Australia, Britain, China, New Zealand, Russia and others.

Nuclear Free and Independent Pacific Day is a day to think about the many faces of colonisation — physical, cultural, spiritual, economic, nuclear, military — past and present; the ongoing issues of independence, self-determination and sovereignty here in Aotearoa New Zealand and the other colonised and occupied countries of the Pacific; and the ability of Pacific peoples to stop further nuclearisation, militarisation and economic exploitation of our region. 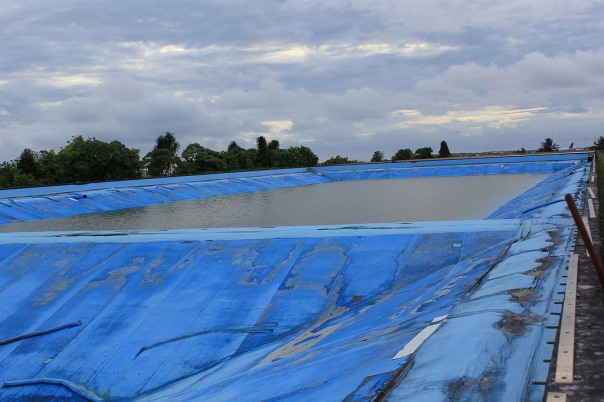 It is a day to celebrate the courage, strength and endurance of indigenous Pacific peoples who have maintained and taken back control of their lives, languages and lands to ensure the ways of living and being which were handed down from their ancestors are passed on to future generations.

It is the day to pledge your support to continue the struggle for a nuclear free and independent Pacific, as the theme of the 8th Nuclear Free and Independent Pacific Conference said: “No te parau tia, no te parau mau, no te tiamaraa, e tu, e tu — For justice, for truth and for independence, wake up, stand up!”

The original statement can also be read on the Peace Movement Aotearoa website. The organization is a member of iCAN Aotearoa New Zealand.

← Will the peace bell sound in the Koreas?
A Fukushima vigil →

2 Comments on “The colonial mindset that caused eternal pain”