Cracks in a nuclear reactor are never good. 370 is downright alarming

Posted on March 17, 2019 by beyondnuclearinternational

Clouds of radioactive contamination could fall out over Scottish cities

Residents living near one of Scotland’s two remaining operating nuclear power stations have been alarmed by proposals to re-start two reactors closed since March and October last year, both of which are showing a growing number of cracks in their graphite cores.

The reactors — at Hunterston B nuclear power station in Ayrshire, Scotland, about 35 miles from Glasgow — were shut down last year so the cracks could be inspected. But in November 2018, the investigative news site, The Ferret, revealed that more than 350 cracks had been discovered. The cracking issue has been known about since at least 2006 when cracks in the graphite bricks started to appear as a result of neutron bombardment during fission over many years.

“Experts have warned that the cracks could lead to a “catastrophic accident” releasing clouds of radioactive contamination over Glasgow and Edinburgh,”  wrote Rob Edwards on The Ferret news site. “But Hunterston’s operator, EDF Energy, insisted that the reactor was safe – and is bidding to relax safety standards so that it can be restarted.”

EDF insists that Reactor 4 will return at the end of March 2019 and Reactor 3 will be back online at the end of April, but these dates will depend on gaining permission from the Office for Nuclear Regulation (ONR), which is by no means certain.

Graphite moderator cracks cannot be repaired: if their number exceeds a certain limit, the reactor must be closed.

On January 9 this year, the Nuclear Free Local Authorities held a safety briefing on Hunterston for MSPs in the Scottish Parliament. Experts called for the reactors to stay closed rather than risking a nuclear accident, and for new jobs to be created in Ayrshire. Dr. Ian Fairlie, an independent consultant in radioactivity in the environment, who spoke at the briefing, argued that the increasing number of cracks in the aging reactors spelled their end.

“There is only one thing you can do and that is close them, as they cannot be repaired,” he told The Ferret.

The two Advanced Gas-cooled Reactors (AGRs) at Hunterston were commissioned in 1976 and 1977, making them some of the oldest reactors in Europe. The station didn’t get off to a very auspicious start. Firstly it was three years late. The reactors ran more or less properly until, in October 1977 when “human error” allowed over 1,000 gallons of seawater to flood the pressure vessel of one of the reactors which was then offline for two and a half years.

AGRs were designed with an operating life of approximately 35 years, so Hunterston B should have closed in 2011. EDF Energy is currently hoping to operate the reactors until 2023 when they will be 47 years old. 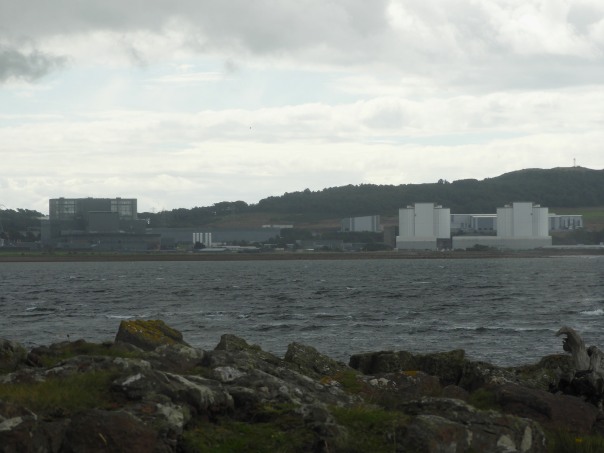 Hunterston B (at left) and closed Hunterston A (right.) Experts argue that with 350+ cracks, Hunterston B should also be closed permanently. (Photo: Tom Bastin/Creative Commons/Flickr)

Recently, Dr. Fairlie along with Dr. David Toke, Reader in Energy Policy at the University of Aberdeen, responded to arguments that Hunterston B should be kept open because of jobs and the need for its electricity output. Both of these are illusions they say.

“There is presently a surplus of electricity generation in Scotland, and more is in the pipeline,” they wrote. “Indeed there is so much renewable energy capacity being built that Scottish electricity exports to England and Wales will continue to increase”.

Furthermore, they wrote, “Some exaggerated claims have been made by a trade union as to the ‘thousands’ of jobs that would be lost if Hunterston B were closed. The reality is that about 370 employees work there, and none would lose their jobs for at least two to three years after closure.” 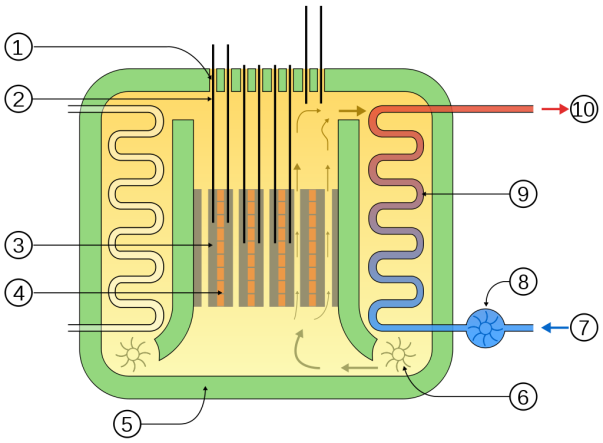 In October 2014, a new type of crack – known as a keyway route crack – in the slots which hold the graphite bricks together – was found at Hunterston B. Keyway root-cracks considerably weaken the integrity and stability of the reactor core, rendering the reactor potentially unstable and therefore unsafe. The existence of this type of crack is a serious matter as the cracks act to split each graphite barrel from top to bottom in two places. If the number of cracked barrels were to exceed a certain threshold, the reactor would need to be shut down permanently.

By the end of December 2018, EDF stated: “We have now observed around 100 keyway root cracks in Reactor 3. This is from inspecting just over a quarter of the reactor. Using modeling to project the number of cracks across the whole reactor, our best estimate of the current number of cracks is around 370. This takes the core over the operational limit of 350 contained in the existing safety case for that period of operation.”

Around 30 keyway root cracks have been observed in Reactor 4, which suggests around 200 across the whole core.

The question of whether reactors in such a state are too unsafe to operate is presently the subject of negotiations between ONR and EDF. But, write Fairlie and Toke, even if the risk of an accident is small, the consequences are too unacceptable to risk.

“The vital issue is that the current unstable state of the graphite moderator cores increases the possibility of a major nuclear accident,” they wrote. “Although the probability of such an accident remains low, the consequences could be so severe, i.e. the radioactive contamination and evacuation of both Glasgow and Edinburgh, that the risk should not be taken.”

Pete Roche has been campaigning against nuclear power in Scotland since the 1970s, apart from a break of 13 years to work for Greenpeace in London. He now runs the No2NuclearPower.org.uk website, based in Edinburgh.

Headline photo of Hunterston nuclear station by Scotia for WikiCommons.

← Fukushima child evacuee speaks out
Why didn’t the US “ground” its Fukushimas? →

2 Comments on “Cracks in a nuclear reactor are never good. 370 is downright alarming”