A rebel with many causes

Posted on May 26, 2019 by beyondnuclearinternational Is it possible to love someone you’ve never met? Even if Muna Lakhani had never entered my life, I could answer that with a resounding “yes.” When the first photo arrived from our US adoption agency of the tiny baby girl they had selected for us in Vietnam, powerful waves of love engulfed me. I could not imagine a love more fierce.  I was not just in love with a photo. Even though I had not yet met her, this was my daughter. Without a doubt.

It was a love that only grew stronger, even through the trauma of the adoption being canceled twice, as our agency, fearing too much corruption in Vietnam to complete the process, advised us to put her back on the shelf like a box of supermarket cereal. They would find us another daughter, in Russia. Absolutely not, we said, fighting through to the end. That’s what love does.

Muna appeared on the scene at about the same time we were working through that drama. Ours was a work connection as the pebble bed reactor had become an imminent threat in South Africa. Muna was with Earthlife Africa. He was based then in Durban. My organization at the time, and others, jumped in to help derail the pebble bed plans. 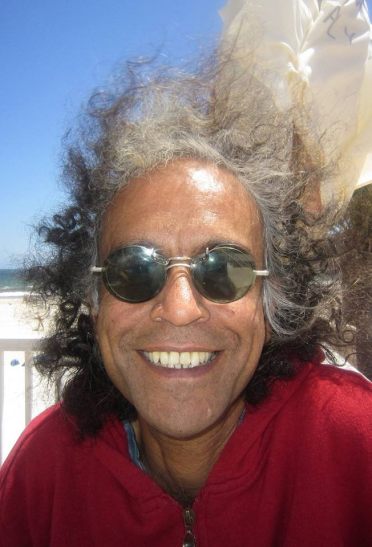 When I first got to know Muna I was entranced by his musical name. As our connection was forged over email, I didn’t know at first if it belonged to a man or a woman. Somehow, building a connection with this warm and effervescent person whose gender I was not sure of was refreshingly without preconceptions. But then Muna, who had leant a near-stranger’s loving empathy to our ongoing adoption ordeal, nominated himself our daughter’s “uncle” as soon as she was home. That, as it turned out, was a typically Muna thing to do. And so I came to love Muna, even though I can’t truly say I knew him.

Muna has died now. If you’ve been following our websites, you have seen a few obituaries lately. Too many. Perhaps it is a factor of getting older, this losing people. But our movement has been dramatically bereft of late.

In addition to those we have already featured, all three of the tireless human rights campaigners for those who suffered the consequences of the French atomic tests in Polynesia are gone now. A tribute to them will be coming soon on Beyond Nuclear International. Stateside, we said goodbye on March 30 to Kitty Tucker, an antinuclear activist and lawyer best known for bringing national attention to the case of Karen Silkwood, the nuclear power whistle-blower, who mysteriously died in a single car accident on her way to a meeting with a New York Times reporter.

In April we lost Jeff Brummer, an original member of the Clamshell Alliance, the first organized movement in the United States to oppose nuclear power — in their case the 1970s construction of the Seabrook nuclear power plant in New Hampshire. Jeff was part of a Clamshell affinity group, that, on March 22, 2012, reunited along with others at the invitation of another “Clam”, Renny Cushing, to join in an occupation action at Entergy headquarters in New Orleans. The group was there in solidarity with Cushing, who was confronting a life-threatening cancer diagnosis at the time. Happily, Cushing survived. But it was Brummer who seven years later succumbed. (You can see the Entergy HQ action in our tongue-in-cheek video below.)

And then Gary Shaw. On May 24, also after a long struggle with cancer. Gary, inseparable from his equally amazing wife Jeanne, was a cornerstone of the battle to close the Indian Point nuclear power plant in New York. Thanks to them and their many colleagues, they won! A rare moment in our movement. Did they stop to celebrate? Barely. Much like Muna, the Shaws took on many issues and were often on the streets to protest for other good causes. 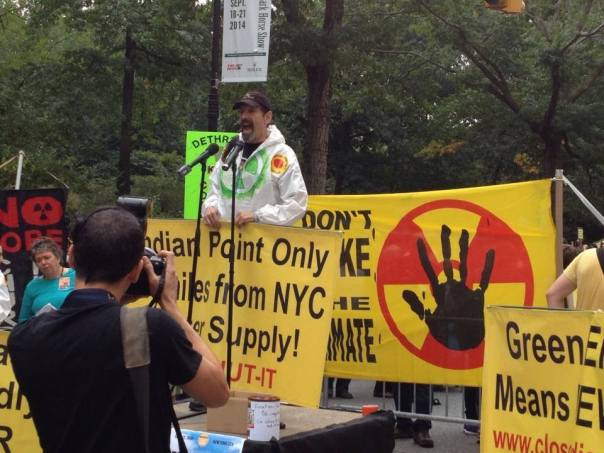 Muna and I continued to correspond over the years, a little less so once the pebble bed was defeated. With the advent of Facebook, his life and personality opened up to me. He was a friend to many, a musician, creative cook, free-spirited rebel, non-conformist, anti-establishment breath of fresh air. He embraced and fought for many causes. Those who knew him well will, I hope, write more about his contribution to the anti-nuclear movement, one giant component of an even larger repertoire of activism that touched so many.

When our collaboration first began he was intrigued by the fact that he, an Indian, had a German wife (or maybe she was a partner) while my mother, a German, had been married to an Indian (my stepfather). Sadly, neither relationship endured. But Muna came across as an unstoppable optimist, whether in the face of his own setbacks or those of the wider world. His Facebook page showed him endlessly surrounded by love and company. He exorted me to come with my family to Durban — the beaches! Then Muna moved to Cape Town. And finally, an opportunity arrived, in late 2016, to travel to South Africa for the Nuclear-Free Future Award in Johannesburg. We would meet!

Muna equivocated without letting on why. He might make it up from Cape Town but possibly not. Then it was a regretful “no.” And I made a big mistake. I did not book a ticket to fly down to Cape Town to meet him. Perhaps another opportunity would arise.

In Johannesburg I encountered another activist acquaintance for the first time — Dominique Gilbert of the Pelindaba Working Group and like many, a longtime friend of Muna’s. As we sat over coffee she told me that Muna was sick. Actually very sick. Had been for a long time. His life was in a perpetual state of touch-and-go.

I looked at Muna’s Facebook page. There was his big smile radiating from that skinny face framed by wild hair. He looked thin. But he had always looked thin. He was cooking, agitating, welcoming friends, posting jokes, and seeking quiet time.

And campaigning. Always, on so many issues, for so many. On April 23 he wrote: “Just sending out love and support to all harmed by the weather…am heartbroken at the losses of life and homes and more…Climate Chaos in action…sigh…20 years of activism on this, but do they listen? naaahhh!! damn them all!!”

The day before he had posted a photo of a police horse humping its officer. That was Muna. He loved the sublime, but also the ridiculous (and of course he did not miss the opportunity the horse picture afforded him to lambast police brutality. That was Muna, too.)

On May 10 this year, his home was designated “Rebel Central.” He was overjoyed. He wrote: “I absolutely have to record this day!! Today, my home got named: Rebel Central!! Today, one group of rebels met here; another is due tomorrow; and within two weeks, yet another group of rebels!! Love it!! (so I made the graphic (below) am chuffed!” 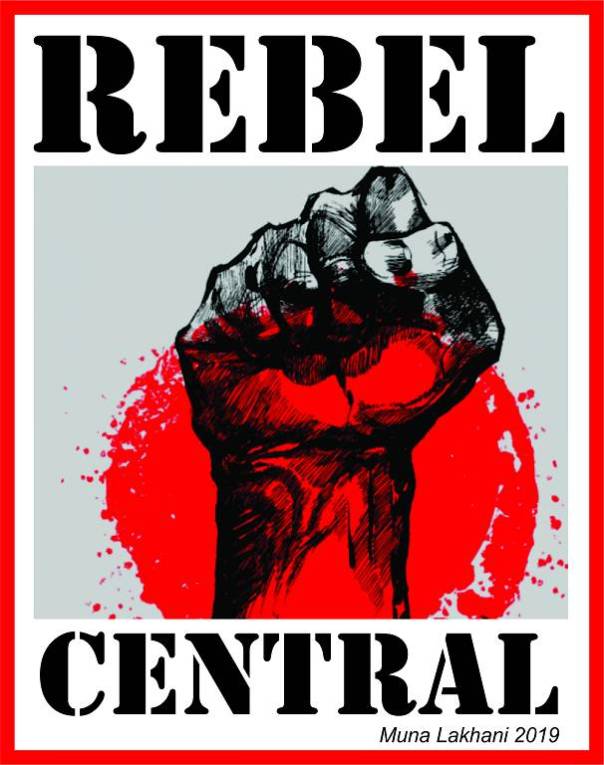 Addison’s Disease took Muna away. He left virtually moment’s after lamenting the passing of another South African activist and friend, mourned by many. On May 18 at 7pm he wrote on Facebook: “sorry…no funnies this week…am still broken over the news of the passing on of my dear brother, fellow comrade and warrior in arms, Thabang Ngozela>>>super special person…always with the people…. doing the work…sharing. loving and supporting…Hamba Kahle, Q’Ban’wam…”

On May 19th I received a message from South African activist, Judith Taylor, letting me know Muna had died “last night.” Muna’s loving description of Ngozela was now reading also as his own epitaph.

← Accused of “treason,” one man stands up to the nuclear powers and prevails
The tiny plant that helped save a desert from uranium mining →

4 Comments on “A rebel with many causes”