Posted on October 27, 2019 by beyondnuclearinternational 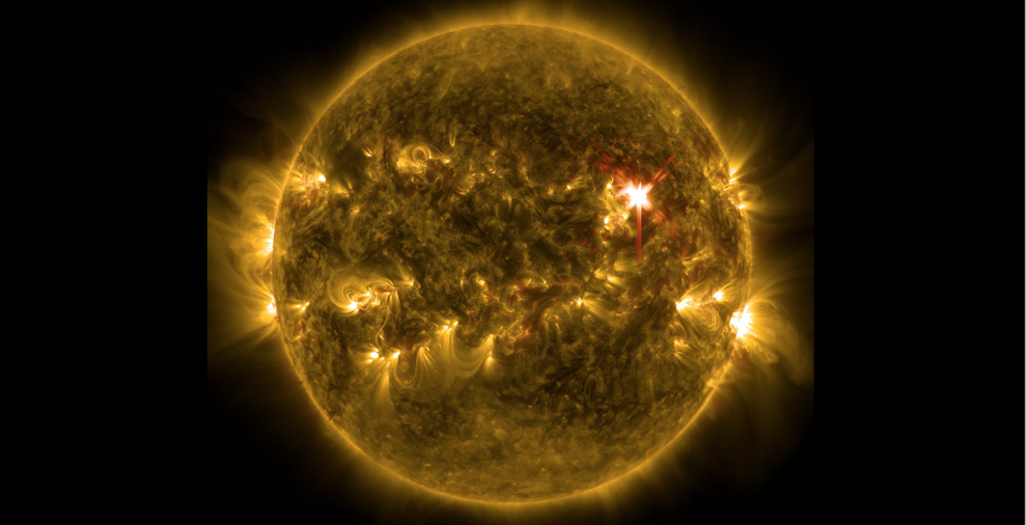 Let us begin by examining two moments from the media in the past year.  The first occurred on an NPR program during a segment exploring under what conditions the United States might launch nuclear weapons.  At one point the host exclaimed, “Well we wouldn’t want to blow up the world, if we didn’t have a good reason to do so.”  Put a check by that comment.  We will come back to it.

The second moment was a question a reporter put to Senator Bernie Sanders as to whether he would be willing to push the nuclear button. The sense of the question was that to be qualified to be President of the United States you had to be willing to “push the button.”

This is literally the absurd criminal insanity in which we are living with nuclear weapons.  How has this come about? By what means have we, as otherwise sane human beings, allowed ourselves to be put in such a situation? How can political representatives and military officials who ordinarily appear sane participate in such a situation?

I want to suggest in this essay that one key to understanding this insanity rests on our failure to grasp the irrationality of the concept “nuclear deterrence.” Albert Einstein, at the dawn of the nuclear age, famously warned that “the splitting of the atom has changed everything in the world except our mode of thinking, and thus we drift toward unparalleled catastrophe.”

Deterrence is a word we have carried over from an earlier age. It is based on the idea that you are less likely to be attacked in war if the enemy that might attack you would be subjected to unacceptable destruction. It is with this simple logic that nuclear weapons have been developed, tested and deployed by the United States, by Russia, and by other nuclear powers. It is with this concept that our policy makers developed the policy of “Mutually Assured Destruction” as a way of preventing nuclear war.

At this point we have to notice another key concept which has been carried over from the pre-nuclear age. That concept is that “a war begins when the weapons start going off.” While one could argue whether such a conception of war was correct even before the splitting of the atom, the reality of the nuclear age completely nullifies the validity of thinking about war this way.

Thus the existence of nuclear weapons forces us to think of nuclear war as beginning prior to their being exploded. Nuclear war must be seen as a process, a process in which the weapons are developed, tested and deployed. A process in which war propaganda conditions the population to believe other countries are their enemies. Looked at from this vantage point we must recognize that we are in a nuclear war right now.

If it is correct to think of ourselves as in a nuclear war at this very moment, then the question is not how to prevent a nuclear war, but how to get out of the nuclear war we are already in.  And the answer to that question is that only by a complete international ban on nuclear weapons can we get out of this war. We must understand that this is what is in our interest and we must help others see that it is in their interest as well.

We can only get out of the nuclear war we are already in through a complete international ban on nuclear weapons. (Photo: Brian Stansberry/Wikimedia Commons)

Having seen how these outmoded concepts have led us in our current insane reality, what is the alternative?  If these two concepts of “nuclear deterrence” and “war is confined to the weapons going off” are completely outmoded in the nuclear age, what concepts are appropriate?

Here it is important to see another new feature of the nuclear age. Take the United States and Russia and the reality that has been created by their mutual possession of nuclear weapons.   These two nations posses by far the vast majority of nuclear weapons. When it comes to nuclear weapons, whatever the US does to Russia, Russia will do to the US, and vice versa.  If the US threatens Russia, Russia will threaten the US. We cannot make ourselves more secure by trying to make the other less secure. Whatever we do to the other will be done to us.

In other words, when it comes to nuclear weapons if we want to be more secure we must see to the security of the other. The idea that the US and Russia are separate, is not operative, when it comes to nuclear weapons. Thus the age old moral adage – “Do unto others as you would have them do unto you” — has, in the nuclear age, been turned into a practical necessity. We cannot afford to see Russia as an enemy and Russia cannot afford to see us as an enemy.  We must see each other as partners in survival.

Once the US and Russia see each other as partners in survival, they would be in a position to work together to help other nations join in the process. This is the way an international ban on nuclear weapons can eventually be achieved.

For those who find what has been written here unbelievable and say, “There is no way our officials could be so irresponsible”, an anecdote may be instructive. Physicians for Social Responsibility, one of the leading organizations in the US for nuclear abolition, was begun in 1961, when a group of physicians decided to publish an article in The New England Journal of Medicine detailing what would be the result of a nuclear attack on Boston. Following its publication, the source of the largest number of requests for copies of the article came from the Pentagon. It turned out that the Pentagon had developed and deployed a massive arsenal of nuclear weapons without taking the trouble to investigate what would happen if the arsenal was used.

Finally I want to quote the words of Four Star General Lee Butler who from 1991 to 1994 was commander of all US strategic nuclear forces. Within two years of retiring from the Air Force he began traveling the world as an outspoken nuclear abolitionist. Butler was speaking on February 2, 1998 at the National Press Club in Washington, DC.

“For all my years as a nuclear strategist, operational commander and public spokesman, I explained, justified, and sustained America’s massive nuclear arsenal as a function, a necessity and a consequence of deterrence. Bound up in this singular term, this familiar touchstone of security dating back to antiquity was the intellectually comforting and deceptively simple justification for taking the most extreme risks and the expenditure of trillions of dollars. It was our shield and by extension our sword. The nuclear priesthood extolled its virtues and bowed to its demands. . .We ignored, discounted or dismissed its flaws and cling still to the belief that it applies in a world whose security architecture has been wholly transformed.

“But now, I see it differently. Not in some blinding revelation, but at the end of a journey, in an age of deliverance from the consuming tensions of the Cold War. Now, with the evidence more clear, the risks more sharply defined and the costs more fully understood, I see deterrence in a very different light. Appropriated from the lexicon of conventional warfare, this simple prescription for adequate military preparedness became in the nuclear age a formula for unmitigated catastrophe. It was premised on a litany of unwarranted assumptions, unproven assertions and logical contradictions.  It suspended rational thinking about the ultimate aim of national security. . .

“. . .We cannot at once keep sacred the miracle of existence and hold sacrosanct the capacity to destroy it. . . We cannot sit in silent acquiescence to the faded homilies of the nuclear priesthood. It is time to reassert the primacy of individual conscience, the voice of reason and the rightful interests of humanity.”

Dr. E. Martin Schotz is a member of the Northampton Working Group to Prevent Nuclear War and the Peace Taskforce of Franklin County Continuing The Revolution. His article original appeared on The Peaceworker.

← Why not NATO?
Humans of the Polygon →