Leave uranium in the ground

Thirty years ago, those who feel strongly it should stay there, started a movement.

Just over 30 years ago — on April 10, 1988 — seven indigenous activists from different parts of the world set out on a three-week public awareness tour through Germany. They called their tour “Leave Uranium in the Ground.” Its purpose was to bring the detrimental impacts of uranium mining and nuclear weapons tests on health, environment and indigenous peoples, to the awareness of German people and decision-makers in provincial and federal parliaments.

Why Germany? Because West German companies were directly involved in uranium extraction in countries around the world. And often, these operations were carried out on indigenous lands. (In the former East Germany, the Wismut uranium mines that supplied the Soviet Union operated until after reunification, closing in 1991.)

END_OF_DOCUMENT_TOKEN_TO_BE_REPLACED

Bikini was just the beginning 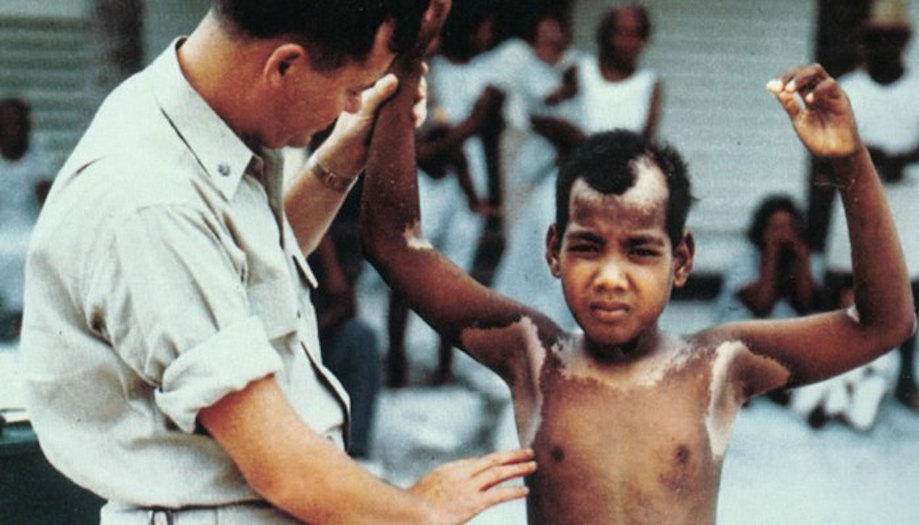 I was recently in the Marshall Islands, which lie in the middle of the Pacific Ocean, north of Australia and south of Hawaii. Whenever I tell people where I have been, they ask, ‘Where is that?’

When I mention Bikini, their reference is the swimsuit. Few seem aware that the bikini was named after the nuclear explosions that destroyed life on Bikini atoll; its Paris designer hoped his ‘unique creation’ would ‘cause an explosion right round the world’. Sixty-seven nuclear bombs – each of them massive – were exploded in the Marshall Islands between 1946 and 1958: the equivalent of more than one Hiroshima every day for 12 years.

As my aircraft banked low over Bikini lagoon, the emerald water beneath me disappeared into a vast black hole, a deathly void. This is the crater left by the 1954 Hydrogen bomb known as Bravo. When I stepped out of the plane, my shoes registered ‘unsafe’ on a Geiger counter. Palm trees stood in unworldly formations. There were no birds.

END_OF_DOCUMENT_TOKEN_TO_BE_REPLACED

Posted on May 1, 2018 by beyondnuclearinternational 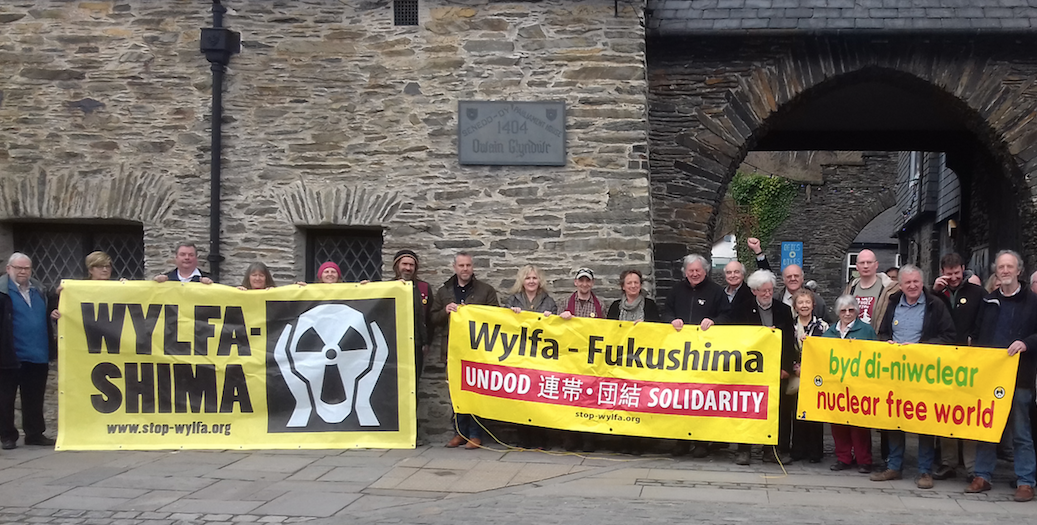 It’s up to Wales. The rest of us can help

Breaking update, May 3, 2018. FoE Japan and PAWB today issued a FoEJapan-PAWB press release denouncing Hitachi’s Chairman, Hirokai Nakanishi’s visit today with British Prime Minister Theresa May. As we posited in the article below, it is probable that Hitachi will ask not only that the UK government take a direct stake in the Wylfa Newydd nuclear power project in Anglesey, Wales but that Hitachi will indeed seek assurance for a power purchase agreement similar to the ratepayer fleecing granted EdF for the Hinkley C nuclear project in Somerset.

New nuclear build in the US is pretty much dead. If the two AP1000 reactors under construction by the bankrupt Westinghouse in Georgia are ever completed it will be a miracle — and not of the good kind.

Even in Japan, despite the nuclear promoting ardor of its misguided prime minister, Shinzo Abe, nuclear power is struggling to recover. Nuclear power plants will never be back in any kind of meaningful numbers in a post-Fukushima Japan. But of course one is too many.

Naoto Kan visited with a Welsh farming family who oppose Wylfa B. Kan spoke out against nuclear power during a 2015 visit. Photo: Julian Wynne

END_OF_DOCUMENT_TOKEN_TO_BE_REPLACED

The myth of nuclear deterrence 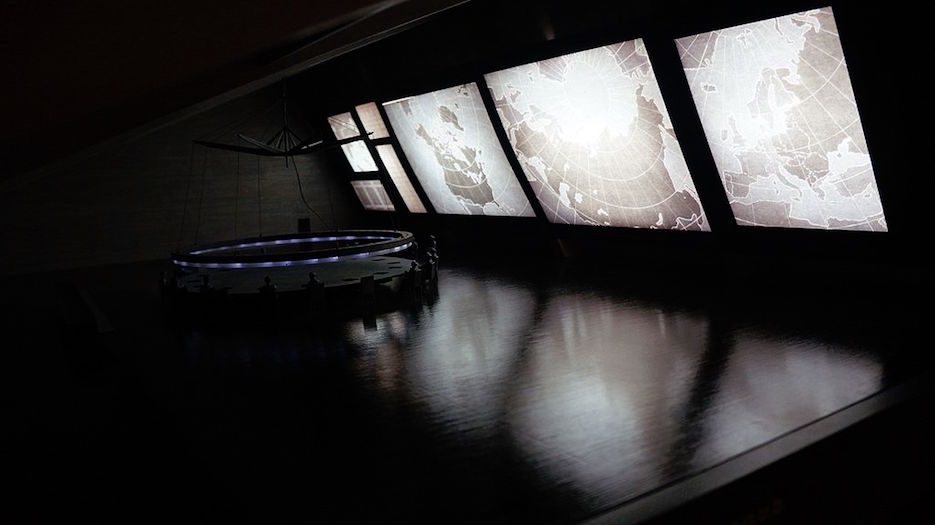 Why the arguments that promote it just don’t work

In trying to argue the myth of deterrence, it is easy to feel as if one has landed in the middle of this brilliantly inspired January 9, 1986 segment of the British television comedy, Yes, Prime Minister. In it, Sir Humphrey tries to persuade the British Prime Minister that purchasing Trident missiles will provide Britain with a nuclear deterrent. But the argument quickly unravels.

But many a truth spoken in jest, as they say. The uncertainty over what the enemy probably does or does not believe is at the very heart of why deterrence remains deeply flawed and arguably a myth.

Nevertheless, deterrence is the cornerstone of nuclear weapons policy, perpetuating their possession by nine nations. If we are serious about moving the nuclear ban agenda forward, we cannot shy away from the deterrence argument.